The growing number of United States citizens around the world who are choosing the drastic step of renouncement as a means to mitigate their tax liability raised many questions. 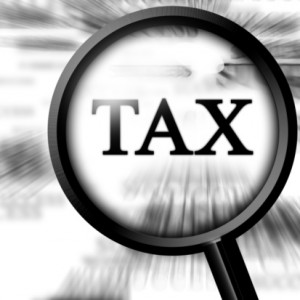 This article seeks to answer some of those concerns, but first we would like to make three important disclosures:

U.S. citizens living in Costa Rica are not the only ones subject to FATCA. Foreigners who immigrated to the U.S. and obtained legal status as residents are required to report their foreign financial assets outside as well. A person born in Costa Rica who immigrates to the U.S. and gets a green card, but decides to return here, is also subject to FATCA. Let’s put it this way: The IRS wants to know about the worldwide finances of Americans and legal immigrants who are residents.

Financial assets include income earned abroad. This includes wages, payments for professional services, rental money, income from investments, interest earned, proceeds from gambling, pensions, royalties, etc. If you make or have money abroad, legally or otherwise, the IRS wants to know about it.

Some Americans think that they are exempt from reporting how much money they hold in foreign accounts just because they earn less than $90,000 a year, or because their accounts hold less than $75,000. Another incorrectly cited figure is $50,000.

FATCA creates a number of reporting requirements. One is IRS Form 8938, Statement of Specified Foreign Financial Assets, which must be filed along with other documents such as the traditional IRS Form 1040. The other is Treasury Department Form 90-22.1, Report of Foreign Bank and Financial Accounts (FBAR). In some cases, both forms must be filed. Here is some useful information, but to find out more you should really visit the IRS page on these forms.

U.S. persons, who include U.S. citizens, resident aliens, trusts, estates, and domestic entities that have an interest in foreign financial accounts and meet the reporting threshold, which is $10,000 at any time during the calendar year.

Specified individuals, who include U.S citizens, resident aliens, and certain non-resident aliens that have an interest in specified foreign financial assets and meet the reporting threshold, which is $50,000 on the last day of the tax year or $75,000 at any time during the tax year.

It is important to note that the amounts above are aggregate, which means that you are required to file even if you have several accounts in Costa Rica with balances less than $10,000. If the accounts add up to $10,000 or more, you may be subject to FBAR. If they add up to $50,000, you are subject to FBAR. Withdrawing money from the accounts prior to the last day of the tax will not exempt you from filing; you must keep in mind that banks in Costa Rica will soon start to send the U.S. your information, and this information is similar to the account statements you are used to getting.

It is also important that real estate acquired in Costa Rica is not a taxable foreign asset for the purpose of filing Form 8938 -as long as it is held directly in the individual owner’s name. However, if the real estate is registered to a business entity, a practice that is advantageous and widely used in Costa Rica, the IRS wants to know about it and requires you to report it on Form 8938.

Contrary to what many people think, FATCA is not aimed solely at fat cats or the ultra-rich. Our previous article cited an example of a 28-year old woman born in Wyoming who has lived and worked in Costa Rica half of her life, and who earns $10,000 as a call centre employee. She would be subject to FBAR on her income in Costa Rica alone, and she only earns about ¢416,000 colones per month -more than the median salary. She is far from being a fat cat, particularly when you factor in the high cost of living in Costa Rica.

The income of our Wyoming-born call centre employee in Costa Rica might be subject to FATCA withholding if she elects direct deposit of her earnings, which is the norm in Costa Rica, and her account has additional deposits that amount to a balance of $50,000 or more at the end of the year, or if for any reason she had a $75,000 balance at any time during the year.

FATCA reporting of income does not trigger automatic withholding at the maximum rate. U.S. taxpayers have options under the Tax Increase Prevention and Reconciliation Act (TIPRA), which allows exclusion of income earned abroad up to around $91,500. Housing costs can also be factored in, up to about $25,000. TIPRA would allow our Wyoming-born resident of Costa Rica to avoid withholding and keep her modest paycheck, but it won’t let her off the hook when it comes to reporting.

If anything, FATCA is adding a dimension of complexity for Americans residing abroad, since they now must be careful about how they establish their residence with regard to tax liability. They also have more forms to file and must reconsider their tax reduction strategy. The abrupt closing of foreign accounts is not the answer; in fact, such a move could lead to prosecution. Failure to report foreign income under FATCA and FBAR might lead to harsh penalties, and in the worst of cases could be considered tax evasion, which could even lead to a prison sentence. In a way, FATCA is making the long arm of the IRS even longer, for now it reaches out to Costa Rica and the rest of the world.

There are different tax mitigation methods that American taxpayers living in Costa Rica can employ to reduce their tax liability. They may involve invoking TIPRA, establishing trusts, choosing certain corporate structures, opening accounts in offshore jurisdictions, and others. These are legal options available to U.S. citizens living in Costa Rica or anywhere else, but they often require the expertise of CPAs and attorneys who specialize in taxation matters. The Costa Rica Star does not encourage tax avoidance, but it is important to remember that the Internal Revenue Code of the U.S. is more than 70,000 pages long, and within those pages there are quite a few opportunities to reduce taxation.

Renouncing U.S. citizenship is an effective way to avoid being subject to FATCA and the IRS in general, but it is also an extreme measure that in some cases could deprive individuals from receiving Social Security benefits if they spend more than six months abroad. For this and many other reasons, the decision to renounce must be approached with careful consideration.

QCOSTARICA - Good news for Ticos with traveling fever! From Friday, June 25, Germany will allow entry of travelers from Costa Rica as long...
Trends