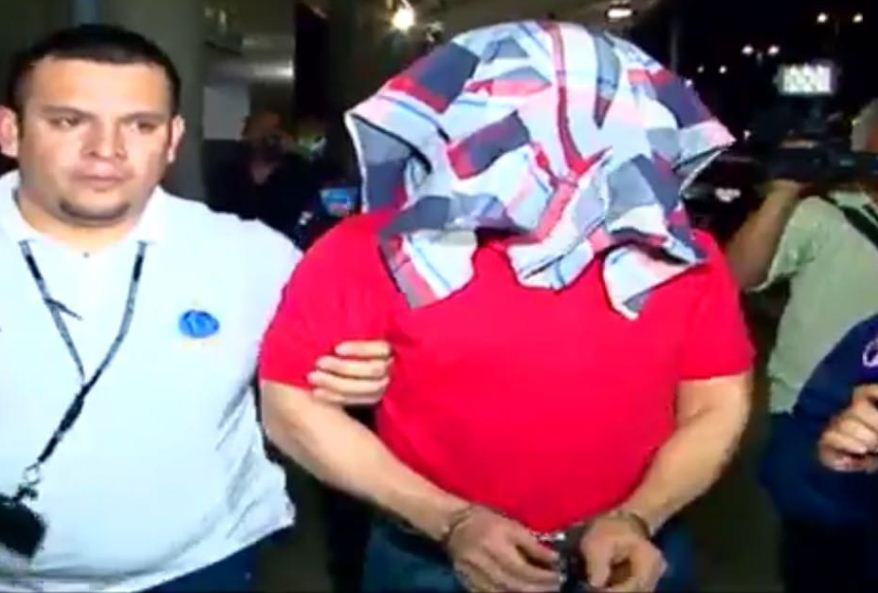 Q COSTA RICA – A man accused of raping and impregnating his 14-year-old daughter will not be going to prison due to the statute of limitations.

The accused, José Alberto Orozco Ramírez, on the run in the United States, a fugitive of Costa Rica law for the last 14 years before being caught, was in November last deported to Costa Rica. Five months later, on March 15, the Juzgado Penal de Cartago (Cartago Criminal Court) set him free on a technicality.

Orozco, now 49, was arrested in July 2016 in New Jersey by the International Police (Interpol) and U.S. immigration authorities, who found he was living under a false identity, his immigration status ‘irregular’ and was wanted on an international arrest warrant.

According to the Fiscalía Adjunta de Cartago – Cartago Prosecutor’s Office – the man fled Costa Rica the day after his 14-year-old daughter denounced him for rape and impregnation in his home in Oreamuno de Cartago.

On November 1, 2016, Orzco was deported by the United States. The following day the Cartgo criminal court imposed a six month preventive detention, due to being a flight risk.

Last month (February 2017), at a hearing the Cartago court sent the case to trial.

A slam dunk. The man is accused of raping and impregnating is 14-year-old daughter, flees Costa Rica, lives on the run, under a false identity, for the next 14 years, gets caught, is brought back home.

However, Orozco’s lawyer, Rafael Rodriguez, appealed the ruling sending the case to trial, alleging that there was a ‘defective procedural process’ – that is, a technical problem in the case.
The lawyer argued that the same Cartago court had, in 2007, ruled his client ‘rebelde’ (failure to appear), when the correct thing was to have declared him ‘absente’.

The lawyer argued his client was never notified, as is required by the Criminal Procedures Code, thus the judge wrongly ruled him a ‘failure to appear’, when his client was in fact an ‘absentee’.

“The  rebelde is when one has knowledge of the notice and does not appear, but, it (in this case) should not be so because he was never notified to appear,” argued the lawyer.

The lawyer’s argument was accepted by the Cartago Court, annulling the ‘rebelde’, rendering the case beyond the stature of limitations as of August 2016.

Article 31 of the Criminal Procedures Code establishes a 10 year statute of limitations. In the cases crimes against minors, the limitation run out after the victim turns 18 years of age.

The Technicality
Legal experts argue that if the Cartago Court had not dropped the ‘rebelde’ of the case, the statute of limitations would have allowed the case to stay open until November 2, 2021.

That was the assumption by the Fiscalia, based on the Criminal Procedures Code allowing the case to continue for five years following his ‘arrest’, that would be the moment he set foot on Costa Rican soil, in November of last year.

Another way of keeping the process open was for the Fiscalia to have requested an extradition at the time of Orozco’s detention in the U.S.

Article 34 of the Criminal Procedure Code allows for the suspension of the statute fo limitations when it involves an international process.

However, the Fiscalia did not request extradition considering two elements: the statute of limitations was 2021 and deportation was the faster way of getting Orozco back in the country.

Worse yet, under the Criminal Procedures Code, the Fiscalia cannot appeal.

- Advertisement -
Paying the bills
Previous articleDiscovering Playa Naranjo, One of the Last Deserted Beaches in Guanacaste
Next articleTraveling Abroad? Here Are Five Tech Tools to Keep in Touch with Loved Ones

QCOSTARICA - A man who sexually abused and raped his granddaughter...
Read more

QCOSTARICA - In 2020, Costa Rica was the largest...
Consumption