Discovering Playa Naranjo, One of the Last Deserted Beaches in Guanacaste

Q TRAVEL by María Fernanda Cruz,Vozdeguanacaste.com – The tropical dry forest in Santa Rosa National Park has a stone-covered road that leads to Playa Naranjo, one of the last beaches in the province where you can spin around 360 degrees without finding a trace of buildings or construction projects.

At the path’s entrance, a wooden sign tests the mettle of adventurous – or skeptical – drivers by advising that whoever takes their car down the path does so at their own risk. “There isn’t any cell phone coverage in there. If they break down or get stuck they’ll have to wait until someone passes and helps,” state the park rangers at the entrance.

The first time we were there we didn’t think it was all that bad: “Ah, this car can handle it!” Once we had traveled the first third of the way, our temptation and skepticism were over. The road is like a dry river or a dormant volcano, full of rocks and craters.

Witches Rock poses with the moon at 5:30 A.M. last Saturday, February 11, in the hours after the lunar eclipse.

The second time we went with an experienced off-road truck driver who had a 1997 4Runner that he treated like an amusement park.

Within this vehicle we bounced around for an hour (less experienced drivers might take more time) until we reached this hidden little piece of paradise where deer move about freely.

“The deer are used to tourists,” says Minor Barrantes, a park guard, as he lie in a hammock. 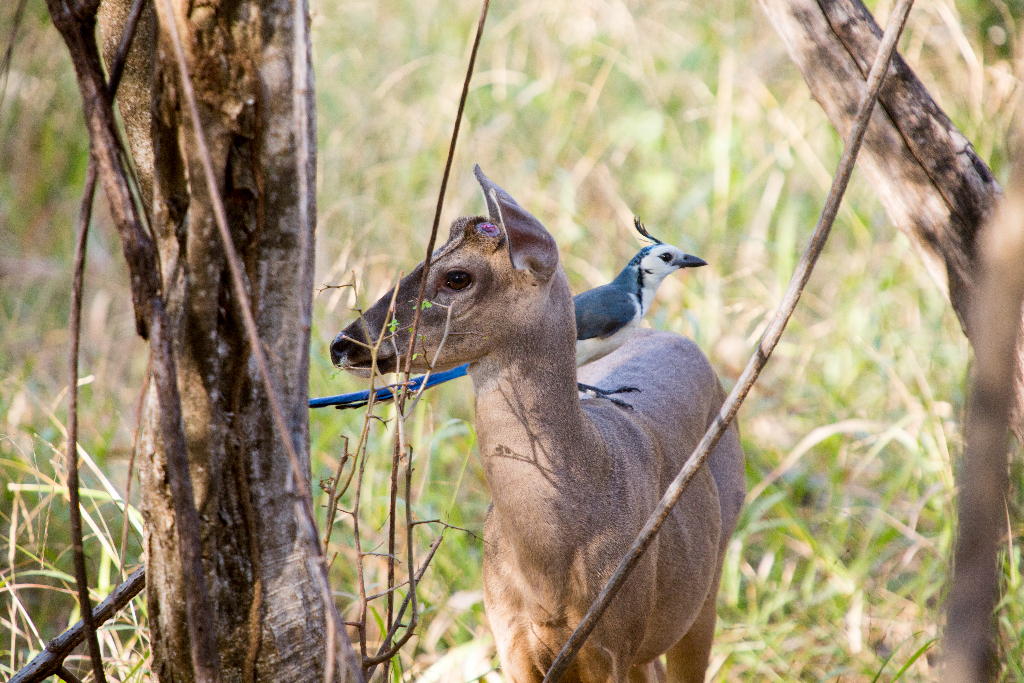 Deer are friends of birds and tourists alike at Santa Rosa National Park.

This is one of the few times we have seen him rest. Minor lives and works here for fifteen days straight. He stays in a little cabin built by volunteers, other park guards, and himself. After two weeks of work, he goes home to rest for ten days. Then he returns. This is his routine.

He is in charge of controlling the amount of visitors to the park according to the amount of available water, making night rounds to keep noise down, confronting hunters, starting the pump and monitoring water levels, making sure there aren’t any campfires, and even collecting camping fees, which are 3,000 colones per person, per night for Costa Rican nationals and $19 for foreigners.

Minor is a hardworking jack of all trades who loves his mission as a park guard. His passion is evident when you see him conversing with visitors as if he were a lifelong friend. “I enjoy this. I’d go crazy stuck in an office.”

To be a deserted beach with a giant rock embedded in the sea called “Bruja” (Witch) is quite sexy. Today, on the second Saturday in February, this irresistible combination attracted more than 70 people, many of whom are surfers waiting for waves that never appear. 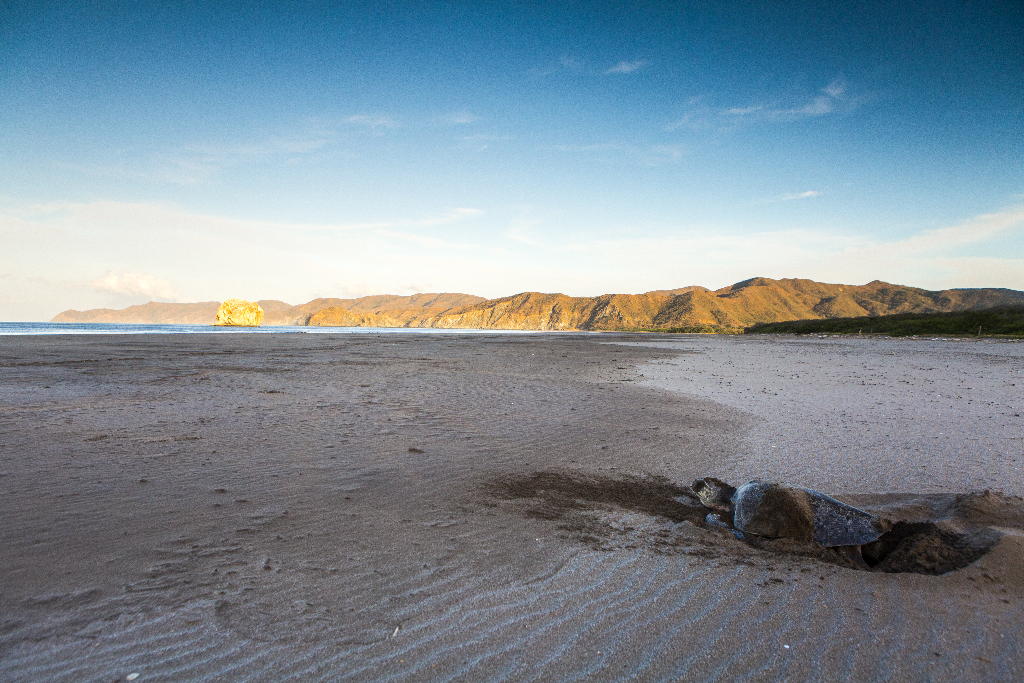 Although this isn’t nesting season, we found an olive ridley sea turtle on its midnight march back to sea.

Although the campground has space for more people, the water levels today have reached their lowest point, so Minor calls on his colleagues to stop traffic to the beach.

Water calls the shots. In the dry season water runs out more quickly, but it’s also the best time to travel here because the road is more accessible. Between September and December, which are the rainiest months, the path often become impassable and even dangerous.

Perhaps because of that being here, sitting on pale sand overlooking a beach without buildings or roads, feels like a small triumph.

In fact, it’s a triumph of conservation. In the 1960s, Naranjo was still part of Haciendas Santa Rosa, a company that mines salt, cuts lumber, and has livestock. Some 40 families lived there, and they were relocated outside of the protected area, according to the Guanacaste Conservation Area website.

In fact, the only building on the beach is the park rangers’ home, which was one of the previous families’ homes.

Today, this blend of mangroves and estuaries, dry forest, three paths, beach, crocodiles, jaguars, raccoon and deer is a living example of what can happen when nature is allowed to retake its place in the world.

- Advertisement -
Paying the bills
Previous articleWhere, when and how to recycle in Guanacaste
Next articleFather Accused of Raping and Impregnating 14-year-old Daughter Avoids Prison On A Technicality

QCOSTARICA - Despite the news circulation social networks that...
Health