QCOSTARICA – One of the best traditions of Christmas in Costa Rica is the ‘Festival de la Luz‘ (Light Festival) that takes place on the second  Saturday of every December. This year the festival is on December 13.

In days past, more than a million people would come out, filling the streets from La Sabana park on the west side of San José to the Plaza de la Democracia, on the east. Many would camp out their spot along Paseo Colon and Avenida Central a day or two before. 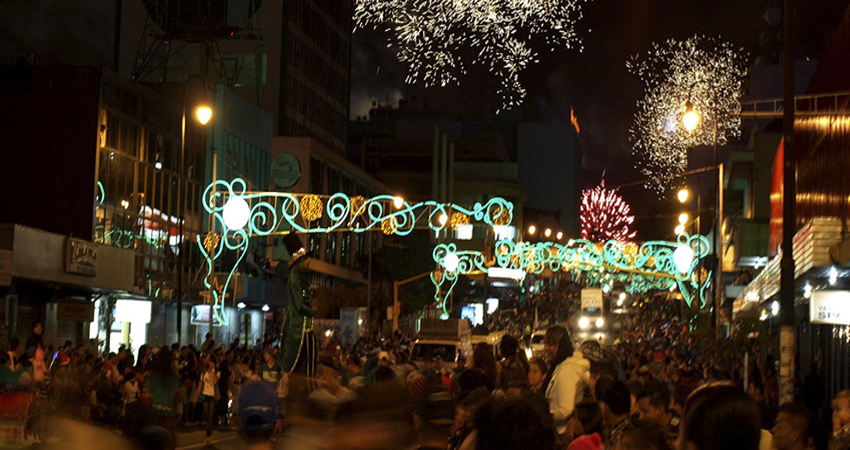 Today, although the personal attendance is much lower, the number of peole taking in the event is higher tha ever, many preferring to stay home to take in the magic digitally on the tube (television).

Floats, marching bands, celebrities and much more all come together for a special night that is impossible to miss.

The Festival de la Luz always kicks off with a spectacular fireworks display at 6:00pm.

Entire families come out braving the cold night air of December. Many others gather in front of the big screen.

The event celebrates the tradition to remind their children and future generations of the importance of the holiday spirit. The lights of the festival are the official start of the holiday season.