(QCOSTARICA) After more than 7 years, several failed repairs and millions of dollars gone to waste, the “platina” bridge of the General Cañas over the Virilla river may finally have its six lanes. I say maybe given the history of this project.

According to the Ministry of Transport (MOPT), work on the final phase of the bridge reconstruction, expanding it from the current four lanes (two each in direction) to six, is expected to begin at the end of the month and take four months to complete.

MOPT officials say it will ensure the “least possible impact” on traffic, as it moves to keeps its promise of a February completion date. The final cost of this work is estimated at more than ¢7 billion colones.

However, MOPT officials are quick to point out that their greatest challenges (that may cause delays) are the trusses and beams, respectively at 25% and 50% progress.

The bridge was dubbed “la platina” when back in 2009 noted was a 10 centimeter (4 inch gap) in one the spans. A metal sheet (platina) that remained exposed was used to repair the damage. Several ensuing repair attempts failed. 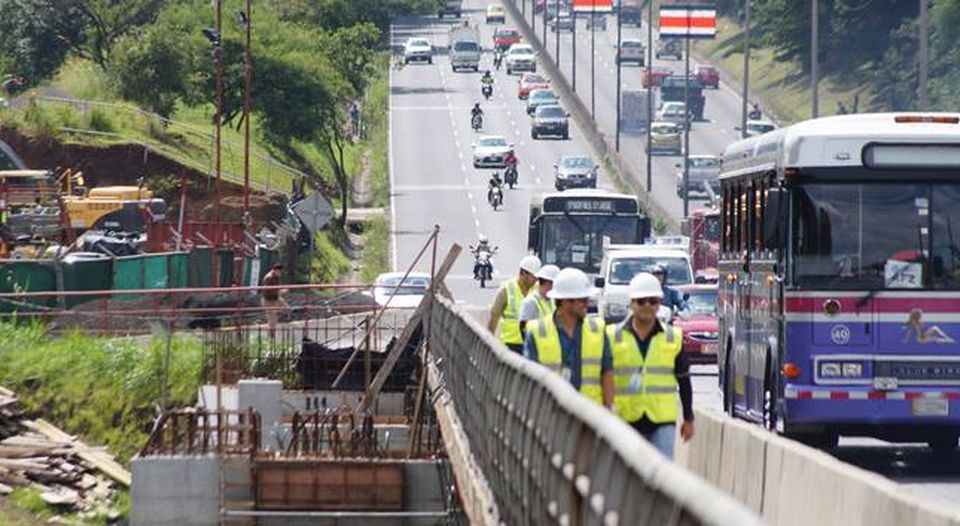 The bridge, a throwback from the 1960s kept showing more signs of deterioration, prompting a total surface overhaul a couple of years later. It didn’t take. Within months the concrete within the metal grate frame began to crumble, getting worse over time, once platinas were used to patch the surface.

Finally it was decided to reinforce the structure from the underneath. Repair work was halted to review the feasibility of expanding the bridge to six lanes, using the base structure. It was determined that it would be more economical, to repair and expand the existing bridge, than to build a new one. And that is where we are today.

The bridge is part of the busiest road in the country.

QCOSTARICA - The party for 200 years of independent...
Latin America