Fire Up The Grill, BBQ Season Heats Up in Costa Rica! 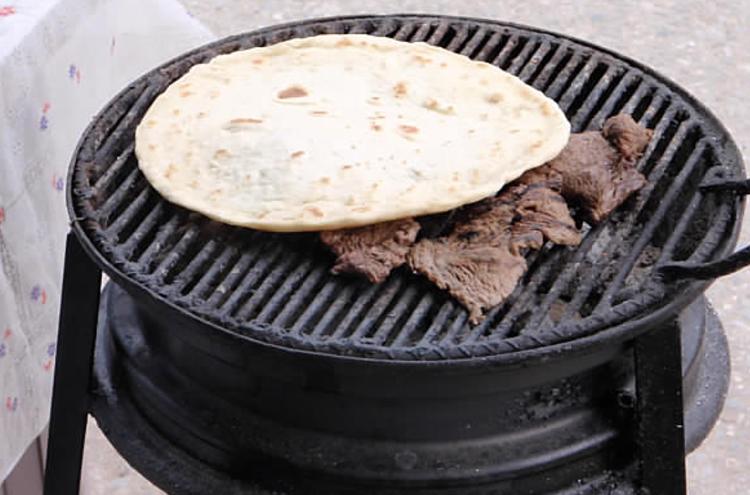 As the dry season gets underway in Costa Rica, the smell of grilled cuts and barbecued meats permeates the air. “Carne asada” (grilled meat) is a tradition in many households after Christmas and for New Year’s Eve, and it is the main dish offered at the food stalls of the Zapote fairgrounds, which recently wrapped up without fireworks.

Grilling will continue in the next few months, and it will follow certain unwritten rules that are unique to Costa Rica.

The most typical BBQ grills found in Costa Rican households are made from salvaged and re-purposed objects, specifically vehicle rims (wheels) and 55 gallon steel drums cut in half and turned on their side.

The wheel grills sell for about ¢14,000 colones (about $28); the drums start at about $45. Drum grills decked out with side tables and cutting boards can cost up to $85. These Tico grills are fueled either by charcoals or firewood, and they tend to be passed down through generations.

The brushed-steel elegance of Weber gas grills made a big splash in Costa Rica around 2007. With fancy features such as cooking thermometers and timers, Weber grills captured the hearts of quite a few Tico grill masters, but there were also many diehard traditionalists who stuck by their 20-year old rim and drum grills and dismissed the venerable Weber brand as gimmicky. This derisiveness was ignored by prosperous Ticos who flocked to Play stores to check out the grills and their many accessories.

In the end, Weber gas grills prevailed and now there are specialty stores such as Attrezzo in Santa Ana dedicated to high-end grilling systems. A deadly propane gas tank explosion at a soda in Alajuela a year ago momentarily cooled sales of gas grills, but new strict safety measures have been implemented by major providers such as Grupo Zeta, which offers home delivery in many areas.

- Advertisement -
Paying the bills
Previous articleGross National Product Up 3.73%
Next article18 to 39 Age Group Could Be Deciding Vote in 2014 Elections