Folk remedies and bizarre rites are part of the national tradition

Though out history, an important part of any culture has been the remedies utilized for the ailments of both animals and people Costa Rica is no exception, and has made its share of contributions in the field of early folk cures and remedies. 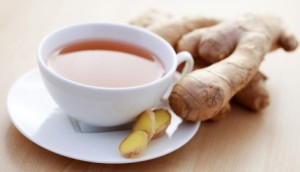 From earliest Colonial times in Costa Rica, a conglomeration of monks, medicine men, healers, witch doctors, hobbyists and medical doctors have contended the efficacy of their cures.

Even the king of Spain sent special written requests to Costa Rica for remedies for various maladies.

In the middle 18th century, Juan Porras y Burgos, a parochial priest from Heredia, described the following remedy for cancer: “I administered a half ounce of Therica Magna in wine, two dragmas of spirits of ammonia salts and one dragma of Thericale powder,” he wrote.

Today we would know these ingredients as tincture of myrrh, theriaco syrup, spirits of amoniaco salts and Johns powders.

The early custom in Costa Rica was to self medicate any ailment, and whether because of poverty, family influence, or personal choice, the Costa Rican has favored traditional formulas of folk healers.

Some of these formulas gained such fame, both here and abroad, that they were registered as items with specific curative powders for specific diseases. An example: “ The embrocacion”, included in the codex Medicamentarius Galicus as Trementinado Linament. In Costa Rica the product became popular as “embocacion Imperial” and “sedative water”, and was also included in the “Pharmacopeia of France” as ammonia camphorate lotion.

One of the most popular preparations in Costa Rica was a tincture of opium and camphor. This elixir is in practically all the pharmacopeia of the world, and although this is a very controlled product, Costa Ricans continue to use it as veritable cure all.

For the treatment of gastric disorders, one of the most popular preparations has been a mixture of rhubarb and soda. By the 1800’s this product was in use in the pharmacopeia of Guys Hospital in London and in the U.S. in 1905.

Special mention should be given to the use of the seven herbs, seven spirits and the seven incenses, secret potions said to keep away evil spirits, frighten witches and purify the air.

Another curious bit of information was that it became a tradition among Costa Rican prostitutes to burn the seven incenses every Friday. Reluctant to suspend service that day, the lovely ladies continued working amid the penetrating smell of the incense in the hope that the smoke would serve to keep away the evil spirits from their place of business.

The “Marvelous Essence of Coronado” was one of Costa Rica’s popular products that was translated into several languages. Unfortunately the end of this decade finds these old remedies practically a forgotten shadow of the past.

They’re in a coma and it seems that not even the famous cure-all “Pomada Canaria” can save them now.

TODAY NICARAGUA – The Nicaraguan government assures that the imprisoned political opponents detained on charges of “inciting foreign intervention” are “usurpers” financed by the...
Business