Former President Rodriguez May Be Headed For Prison

In April 2011, Rodríguez was convicted on four counts of illicit enrichment (corruption) charges related to the high-profile case known as ICE-Alcatel case. 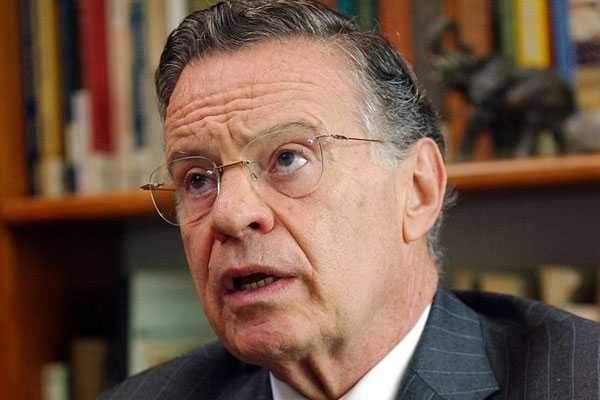 was found guilty of taking bribes from the French telecom while in office, stemming from a US$150 million dollar contract awarded to Alcatel for the installation of a 400,000 line cellular telephone network, the first GSM network in the country and operated by the state telecom, the Instituto Costarricense de Electricidad (ICE).

But on Dec. 21, 2012, tribunal de Apelación de Sentencia – the appellate court – annulled the sentence on automatic appeal on the grounds that proper procedure had not been followed. At the heart of the conviction were funds hidden in bank accounts in Panama and the Bahamas. The appellate court, in overturning the conviction, said the trial judges did not follow proper procedure in entering the prosecution’s proof of foreign bank accounts from Panama.

The decision made known Friday by way of a statement to the press orders a review of the conviction and acquittal decisions, but does not call for a new trial.

The decision and review by the Sala Tercera could uphold the original trial sentence, sending all the convicted (Alfonso Guardia Mora who has since died) to jail.

One of the defence lawyers, Christian Arguedas, said he doesn’t believe the Sala Tercera resolution will affect the former president and the acquittal will be upheld.

Rodriguez would not comment on the Court decision, saying he had not received as yet any notice.

On a positive note, the Sala Tercera upheld the acquittal of Miguel Ángel Rodríguez in the case known as “Taiwan”, where the Fiscalia (prosecution) charged the former president with four counts of embezzlement. The Fiscalia alleged that Rodríguez had received US$1.4 million from the government of Taiwan, which amount was deposited in Panama in an account controlled by the firm Inversiones Denisse S.A., a consulting firm that allegedly belonged to Rodríguez. The motivation for the Taiwanese government payments is unknown

While all the investigations, followed by court proceedings and the trials in Costa Rica, in the U.S. former Alcatel executive Christian Sapsizian, a French citizen who was the company’s Deputy Vice President for Latin America, pleaded guilty to causing Alcatel to wire US$14 million in “commission” payments to a consultant, who then transferred US$2.5 million to a government official in Costa Rica, and in September 2008 was sentenced to 30 months in prison.

Sapsizian admitted that from February 2000 through September 2004, he conspired with co-defendant Edgar Valverde Acosta, a Costa Rican citizen who was Alcatel’s senior country Officer in Costa Rica, and others to pay bribes to senior Costa Rican officials in order to obtain a mobile telephone contract on behalf of Alcatel. The payments, funneled through one of Alcatel’s Costa Rican consulting firms, were made to ICE director, José Antonio Lobo.

Lobo, allegedly to have been a close ally and friend of former president Rodríguez was the key prosecution witness that led to the convictions.

Editor’s note: I have followed this case from the beginning, writing about the results of the investigations, allegations and trial, and direct infrequent communication with former president Miguel Ángel Rodríguez while as publisher and editor of Insidecostarica.com. I have yet to hear from Don Miguel Ángel on this new turn of events in his legal battles to unblemish his reputation, and his claim to innocence despite the conviction.

The government tries to scare with a "campaign of fear" to...
Read more

(QCOSTARICA) The new norm for daily cases is 1000 plus daily and the number of deaths hovering near 20 almost every day. For Saturday, September...
Read more
News

When will tourists from more US destinations be allowed? This is what the ICR says

(QCOSTARICA) One of the main connection points between Costa Rica and the United States is the state of Florida. However, that state is still...
HQ

Blame the drivers: It’s not the posts, but the lack of road safety education

(QCOSTARICA) The installment of the flexible delineator folding posts on the Ruta 32, at a cost of ¢177 million colones Sunday morning is failing...
QToons

The government tries to scare with a "campaign of fear" to press for agreement with IMF.
Economic Policy

Pandemic affects the economy of 68% of Costa Rican households

(QCOSTARICA) The crisis caused by the coronavirus has resulted in 68.2% of households in Costa Rica (680,000) suffering some effect on their economic situation,...