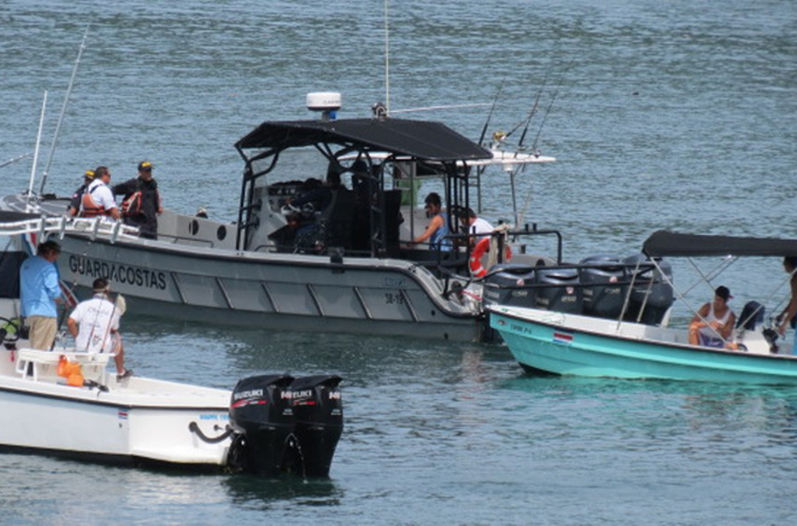 QCOSTARICA  – Four of the nine people, including three children, belonging to the same family died when their small boat shipwrecked in Golfito, in the southern zone,  Sunday afternoon.

According to Martina Arias, director of the Coast Guard, the body of the fourth victim, five year-old girl Yendry Arroyo Araya, was pulled out of the Pacific waters Monday morning.

The other three victims were, Yendry’s aunt Ericka Arroyo (26) and her two children, six year-old Christoper and two year-old Yendry.

According to the report by the Organismo de Investigación Judicial (OIJ), the family was travelling from Playa Azul to Golfito, after spending the weekend at the family property, by a captain without a license, in a boat without a seaworthiness certificate, nor registered and amid high waves, strong winds and rain.

The boat carrying nine people (four adults and five children) capsized around 4:30pm Sunday, one kilometre from the Golfito port, hit rain and strong waves that affected the Pacific coast from Puntarenas to Golfito.

The owner of the boat, Max Cordero, on Monday told authorities that he  lent the boat to his stepson Michael Araya and that both knew that the waves would be strong on the weekend.

He added that after the tragedy, his family told him that the rain and the wind was strong and the water quickly flooded the boat. 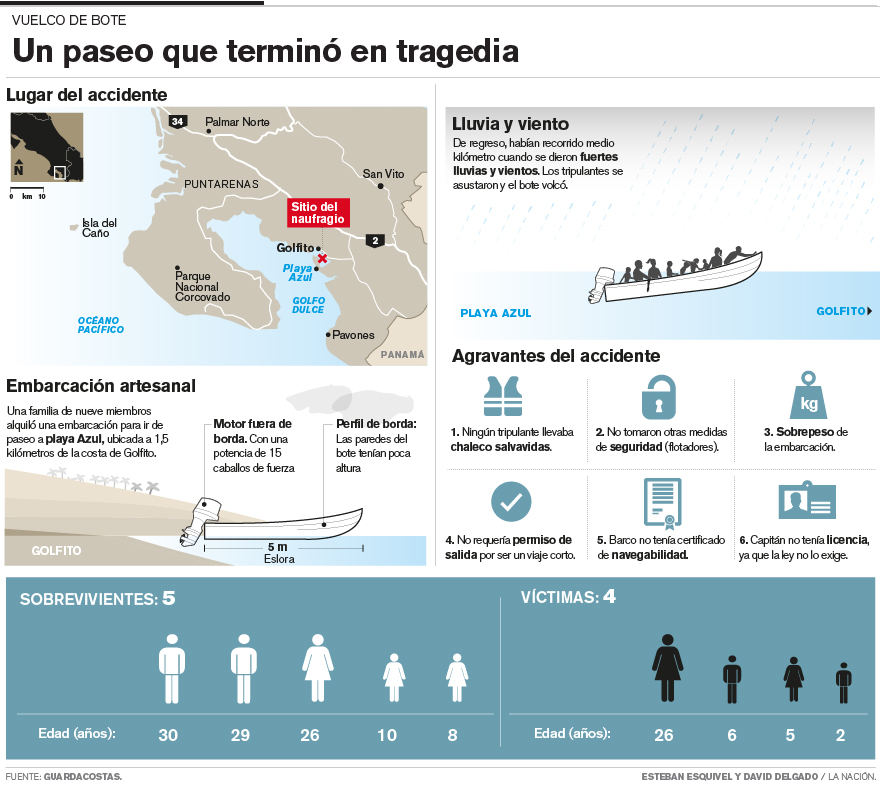 In the above graphic by La Nacion, the small 5 metre boat was carrying way too many people, lacked lifejackts or floating devices,  no permit for the trip or certificate of seaworthiness, in choppy waters, rain and wind.

- Advertisement -
Paying the bills
Previous articleRemains Removed From San Carlos Cemetery Because Family Did Not Pay Annual Fees
Next articleQToons: We Have A Clear Direction!