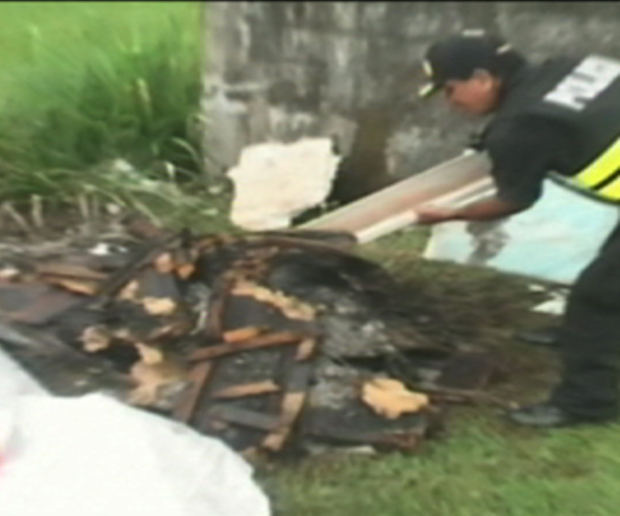 QCOSTARICA – A strong foul smell led residents in La Fortuna to the macabre finding of a burned coffin, after the remains were exhumed from the local cemetery because the family did not pay the annual fees.

The story is that prior to the burial of a local villager on April 26, due to lack of space in the communal vaults where poor people are buried, the gravedigger told the family of the recently deceased to remove the remains of buried eight yeas ago, since the family never paid the ¢12,000 colones (US$22) annual fees.

Without proper protocol, the family exhumed the remains, depositing the skeletal remains in the ossuary and burned the coffin, and then covering with a tarp.

But the nauseating smell betrayed them.

But, the association admits it is powerless to control the improper use of the cemetery and the frequent acts of vandalism.

QCOSTARICA - The OIJ uncovered a big pothole on Monday when it was announced that public officials had allied with construction companies that, apparently,...
Cine (Movies)