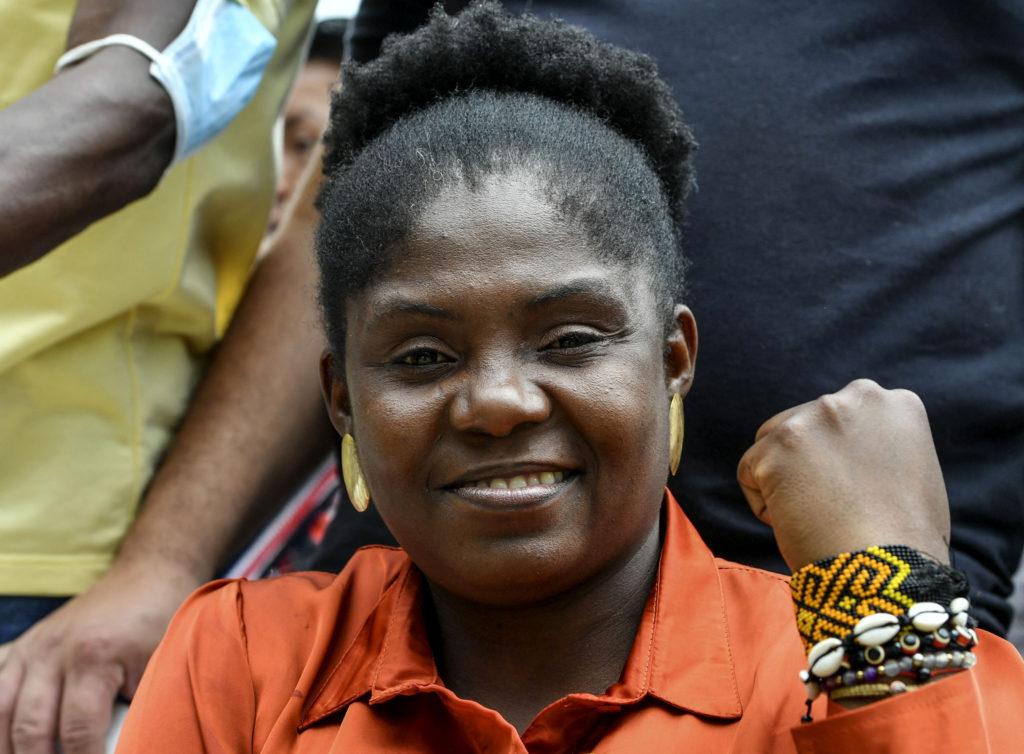 Hand in hand with senator and former guerrilla Gustavo Petro, she defeated the elites and with him will be part of the first leftist government in Colombia starting on August 7 and for the next four years.

“We took a very important step, after 214 years we achieved a government of the people (…) of the people with calloused hands, of ordinary people, of the nobody and nobodies of Colombia,” said Márquez, 40 years old, who wore a colorful dress before a cheering crowd at an event center in Bogotá.

Despite the fact that almost 10% of the 50 million Colombians recognize themselves as black, the Afros live on the fringes of politics, plunged into poverty (30%) and surrounded by violence.

In the midst of the dirty war that the presidential campaign went through, Márquez was the center of a racist and classist fury fueled by social networks.

Various local personalities launched attacks at her related to her skin color and poor background.

Since April, Márquez has received more than a thousand racist comments and messages in the media and networks, according to the Racial Discrimination Observatory at the Universidad de los Andes.

On the stage, together with her family, she celebrated the “historic” victory on Sunday: “Together we are going to defeat structural racism in Colombia,” she assured.

Born into a poor family in the department of Cauca (southwest), Márquez was a single mother at the age of 16, she fled her land threatened with death, cleaned houses to survive, and studied law before making her way into politics.

In 2019 they wanted to kill her with grenades and rifle bursts for defending her community’s water, in a region where armed groups impose her law, financed by drug trafficking and illegal mining.

A year earlier, she had received the Goldman Prize, also known as the Nobel Prize for the environment.

Márquez became known in the electoral campaign with a feminist, environmentalist and leftist speech and for her proposal to “live tastily”, a current of Afro peoples that defends peace and harmony with nature.

In the primaries of the left-wing coalition Pacto Histórico (Historical Pact), the environmentalist obtained the second best vote (785,000) after Petro (4.4 million).

In a country where violence erupts from time to time despite the peace agreement signed with the dissolved FARC guerrilla in 2016, Márquez opted for reconciliation.