From Rubbish To Electricity By 2016? 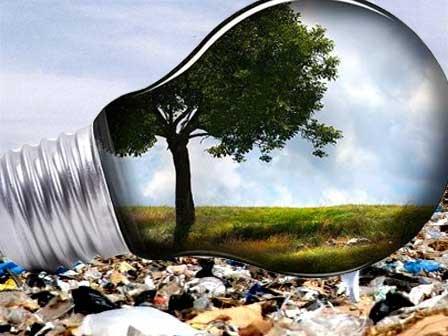 It appears that this country could solve its ever present garbage disposal worries and generate more electricity at the same time. This sounds utopian but it is very much serious as the power company ICE and the Metropolitan Federation of Municipalities (Femetrom) combine for the project.

Just the 14 municipal areas in Femetrom alone produce 1,800 metric tons of garbage daily. Since the rubbish today produces nothing, it gluts landfills that eventually are filled and produce fights when a new one is chosen — the towns that say, “No garbage in our backyards!

Each ton of trash can produce enough electricity to satisfy the needs of two or three homes — that is 200 to 400 kilowatts per month. If ICE and Femetron can find the right company to build the plant, they can get started next year.

The two entities have been shopping around for companies that produce inflammable gas or incinerate trash and have found some 50 firms from 20 countries that would love to take on the task of building such a plant, according to Juan Jose Vargas, Femetron’s director.

The project has been more than a dream since a year ago when ICE and Femetron representatives signed an accord to develop the project. The first paragraph, reported La Nacion, states that the municipalities will be charged with supplying the trash, which seems to go without saying.

This means that the municipal governments will still be responsible for picking up the garbage and transporting it to the site to be converted into energy for a period of 20 years, extendable by another five years. Other municipalities are invited to join in the project where transportation costs allow.

But the company chosen to build the plant will have to specify the kind of trash to be used for the generation and whether it has to be sorted beforehand. The municipalities will have to establish guidelines for the quantity, frequency and kind of garbage delivered to the plant.

The State of the Nation report recognizes that the current landfills are filling up fast and communities resist opening new ones in their area. In fact, only 49 of them in the country have an actual plan of disposing of garbage. Some 26 more are in the process of writing one and another 16 haven’t even started.

Technical details are still lacking in the project including where to site the energy plant. Some municipalities have shunned Femetron because they fear if the plant is located in their area, it will be an environmental problem if not an actual hazard.

The city council at Atenas, north of San Jose, is so worried, it has established a Facebook page with 1,290 followers. Silvia Soto of the State of the Nation organization warns decision makers in the matter that use of technology is both technical and political and represents “questions of economic, operations and feasibility.”

Femetron officials have tried to dot every “i” as they require bidding companies to reveal the ownership and sources of capital, locality of the plant, what technology is to be utilized, what potency it will produce and how it is to be connected to the power network.

Vargas says that price will not be the only consideration in selecting a company but that socio-environmental considerations will be at play, especially if two or more companies tie in price. Still, wherever a plant of this type is located, it will still be a tough sell to the residents.