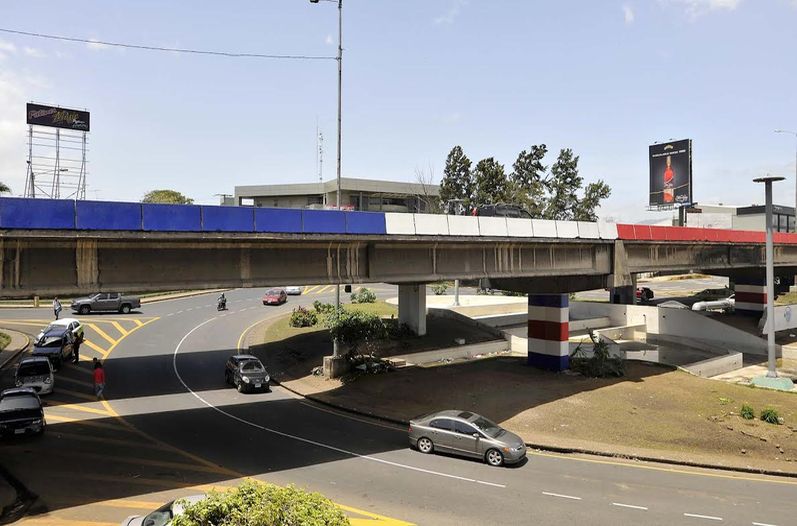 COSTA RICA NEWS – Patriotic colours adorn the Fuente de la Hispanidad bridge Friday after a private paint company decided to decorate the structure as a tribute to the national football team’s performance at the World Cup.

However, the Ministerio de Obras Públicas y Transportes assures that it has not approved the initiated.

MOPT minister, Carlos Segnini, said that a permit application in the name of Esteban Echevarria, the CEO of Pintuco Centroamérica (owner of the Protecto brand), had been received at 11am Friday but “it has not been approved.” 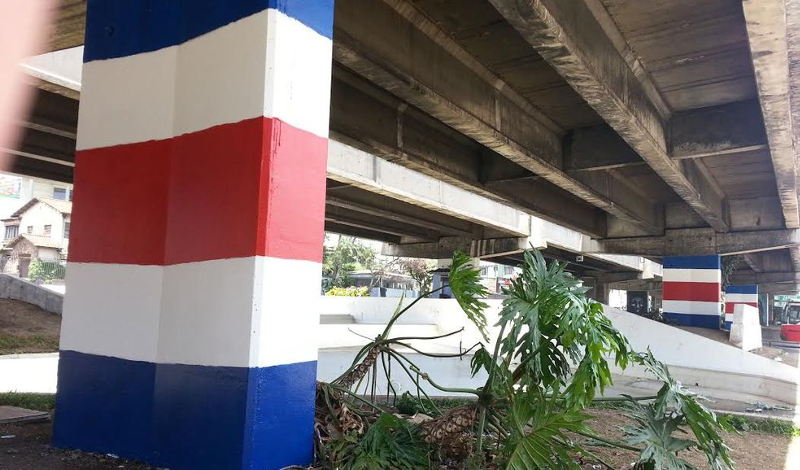 However, a spokesperson for the company claims that permission was sought from the night before and proceeded to paint the columns starting Friday morning. By the end of the day it had painted the east side.

Oscar Valverde, speaking for Pintuco, said that a large fabric flag will be hung today along the width of the bridge structure and depending on the outcome of the game the initiative may be extended to other bridges.

Eugenia López, of the Asociación de Seguridad y Embellecimiento de Carreteras Nacionales (Asecan), the government agency in charge of beautification of the country’s roads and bridges, said the Asecan had no knowledge of the work by the paint company, but supports the idea.