Gabriel Morales Fallon: “I do not know the President of Costa Rica” 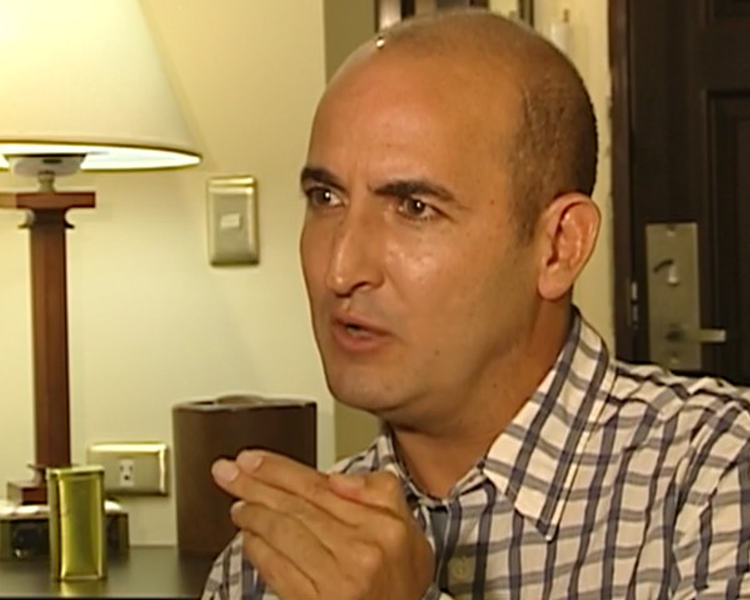 The controversial  Colombian Gabriel Morales Fallon spoke on Monday for the first time following the scandal surrounding Presidenta Laura Chinchilla’s infamous trip to Peru aboard a private plane owned by a foreign company and with alleged ties to drug trafficking.

Morales, in Costa Rica, interviewed by Colombia’s news media RCN (NoticiasRCN.com), said he did not offer up the plane and he has never met or crossed paths with Chinchilla.

Morales said someone at Casa Presidencial requested the meeting to give thanks for lending the aircraft. This is when he met former Communications Minister Francisco Chacon and 12 other people, whose names he did not say.

In the interview titled, “I did not offer the plane, Presidencia asked“, Morales said that Costa Rica’s government officials sought him to thank him for the favour. Categorically he denied having links with drug trafficking and that the same airplane had been lent to persons of other countries, including Colombia.

Click here for the RCN video of the interview (in Spanish)

Morales said he came to Costa Rica several years ago running away from the threat of Colombia’s FARC, which had declared him a military target.

“Basically the FARC understood that at some point I had given some information to agencies that led to operational strikes against the FARC guerillas”, Morales told RCN.

The Colombian said he left his country for the United States and then settled in Costa Rica and is now fearful that his location is known to his enemies.

Asked whether he had ties to Colombia’s drug cartels and especially an alleged relationship with “Chupeta”, one of Colombia’s major drug trafficker who is now in custody, he said, “I will answer in three parts. When asked, Chupeta said no. I say no. And Colombian authorities say there are not ties”.

In Colombia, Morales has been investigated on several occasions, among them for irregularities in the importation and dealership of Czech cars and close business ties with that country’s state oil, Ecopetrol.

With respect to THX Energy, the Colombian company that owns the airplane and last week emphatically denied any ties to Morales, the Colombian said, “I was founder of THX back in 2007, that is I was a shareholder in 2007, today I am not, nor its legal representative, nor member of the board, nor an employee. I am a consultant of it and other companies”.

“The plane is not mine. The owner is a large US company, an airplane manufacturer. The airplane is leased to THX Energy, which has nothing to do with me. It is absurd to say the plane is mine…using the plane is not illegal”, said Morales.
News investigations, however, show that one of THX Energy directors had contact with Morales. Investigations also show alleged ties to drug lord Juan Carlos Ramirez, alias Chupeta.

“If anything happens to me in this country it is of these claims of being a drug trafficker and money launderer that are not true”, said Morales.

The Colombian added that he fears for his safety, but is willing to appear before judicial authorities in Costa Rica, Colombia and even in the United States.

QCOSTARICA  - The 200 years of the Independence of...
Latin America