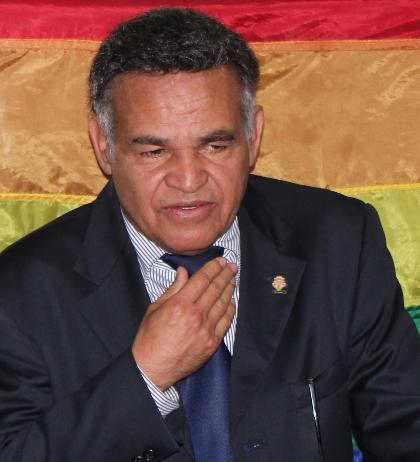 Lawyer and gay activist Marco Castillo has put his foot in the bee´s nest. This week he filed a writ challenging the Supreme Elections Tribunal (TSE), demanding that the two political parties most opposing the gay marriage bill be ruled invalid under the constitution. 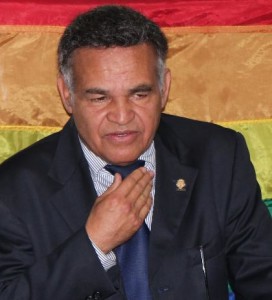 He bases his complaint on the little-used constitutional article 28, which states that “no one may exercise politics based upon religious beliefs or sentiments.” The complaint, filed with the Supreme Court´s Constitutional  Chamber (Sala IV) specifically names National Restoration and Costa Rican Renovation parties.

Both small parties are openly Evangelical and their lawmakers cite their religious beliefs freely. But specifically, the complaint targets National Restoration party’s lawmaker Carlos Avendano who is a practicing Evangelical pastor.

But controversial Renovation lawmaker Justo Orozco fired back that the party has not used their elected posts to make religious propaganda or that their beliefs affect their congressional work. He also denied that the party used Evangelical church pulpits to get votes.

“This señor is out of place,” said Orozco, referring to Castillo, leader of the gay right group Diversification Movement,  “Neither Justo Orozco nor National Renovation has violated the constitution.”

Orozco, despite the miniscule size of his party, was elevated in May, 2012, to the chairmanship of the Legislative Assembly’s Human Rights Committee in a deal with the National Liberation Party in which his party voted with Liberation to regain control of the Assembly, after an opposition coalition had wrested control for most of 2011.

The lawmaker quickly used his chairmanship to derail the gay marriage bill in a lightning parliamentary move that prevented discussion. This raised an outcry among liberals and gays but Orozco blithely denied misusing his power, saying his conscience was clear.

This week he told the national newspaper La Nacion, “They talk of the family and matrimony and that is what we defend. Those people have used resources and party against me but they’re just hitting at air. They’re fighting alone.”

Commentary: It is interesting that Orozco assumes that the Castillo complaint is aimed at him when it is Avendano who is mentioned in the complaint. His speaking of himself in third person and assumption that he is the main target indicates that his committee chairmanship and notoriety may have gone to his head.

Meanwhile, his attitude is that all his decisions are communicated to him directly from on High. But his enemies are not fighting alone — after his political maneuver that shunted the gay marriage bill aside, his appointment as Human Rights Committee chief received enough flak on the social media to shoot down a squadron of bombers.

On the other hand, we have stopped predicting how magistrates will rule a long time ago. The constitution, with this unique article, places the TSE in an uncomfortable position. The judges could rule the parties unconstitutional but still the lawmakers could retain their seats as independents.

The issue places the TSE in the same position as the Constitutional Chamber of the Supreme Court (Sala IV) and the TSE could redirect the complaint to that high court.