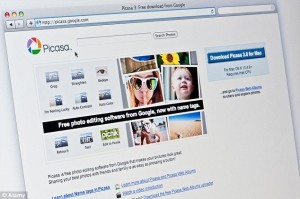 Google’s anti-child-porn efforts are well known, but many privacy advocates were surprised to learn the efforts extended to individual Picasa libraries, which are not publicly available. Google says it does not search the images indiscriminately, but performs automated searches searching for specific “image fingerprints” that have been flagged by law enforcement.

Any suspicious activity is forwarded to the National Center For Missing And Exploited Children, which, in this case, passed the information along to federal law enforcement to bring about the bust.

Once such images are found it is examined by a human employee to check that the photo depicts abuse and not something more innocent, like a child at bath time.

Every offending picture can then be tagged with a particular digital fingerprint, which shows up if the image is reloaded online elsewhere.

Today, Saturday, June 19, only vehicles with "ODD" ending plates CAN circulate The measure is countrywide and applied between 5:00 am and 9:00 pm, save...
Turrialba

QCOSTARICA - The judicial file of the Cochinilla Case, on alleged corruption in road works, exposes how three companies would have covered up the...
Politics