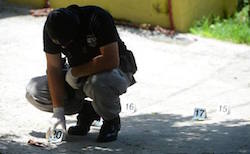 Q24N – El Salvador’s government has claimed credit for a dramatic drop in homicides last month, but the country’s powerful criminal gangs say they are behind the decrease in violence.

April saw 352 people murdered in El Salvador at an average of approximately 11 homicides per day, according to police statistics. Overall, this represents a 42 percent drop from the total number of homicides registered in March, reported La Prensa Grafica.

As shown in the chart below, produced by investigative news outlet El Faro, not only is April the least violent month El Salvador has registered so far in 2016, it is also the least violent month since before March 2015, after the government brokered truce between the “mara” street gangs the Mara Salvatrucha (MS13) and Barrio 18 broke down completely.

A top-level security official in El Salvador attributed the drop in homicides to measures taken by the government, in particular efforts to increase control in prisons where gang leaders are incarcerated, reported La Prensa Grafica. Meanwhile, El Salvador’s head of police gave credit to the recent deployment of an elite Special Forces unit against the gangs. 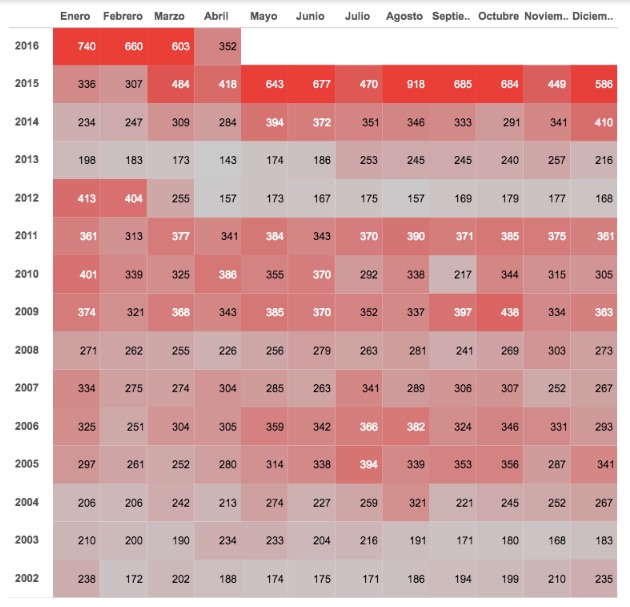 Given the political ramifications, it would be damaging for El Salvador’s government to actually admit that they were not responsible for April’s sudden drop in violence, but there is a strong possibility that is the case.

It is unlikely the measures taken by the government would have had such a rapid and dramatic impact. While it is true that prisons play a central role in gang structures, even if the government has managed to sever communications between imprisoned leaders and members on the outside, local gang factions are independent enough not to shut down operations simply for a lack of orders from a centralized leadership. The new Special Forces unit, meanwhile, was only deployed towards the end of the month and realistically has had not had the time to achieve such startling results.

An alternative reason for the fall in violence can be found in the gangs’ announcement they would order rank-and-file members to stop killings at the end of March. On April 18, gang leaders put out a statement attributing the fall in murders to this decision. “The numbers of killings in recent weeks show that we are men of their word and we deliver,” it read.

Given the degree to which El Salvador’s homicides fell during the previous gang truce, April’s fall in violence may well be more proof that the gangs wield more influence over El Salvador’s crime and violence levels than authorities.