Government Chose To Benefit The Union Rather Than Citizens, Says Former President Chinchilla

Through a message on her Facebook page, Doña Laura, said that with this decision, the Government chose to benefit the public sector controlled by the umions rather than citizens. 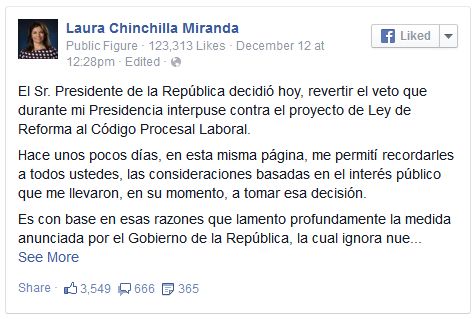 “With this decision, the Government chose to unconstitutionally impose, the severe alternative for the common good, rather than negotiate an instiutional alternative, beneficial to most,” said Chinchilla.

Chinchilla vetoed the law in October 2012 because it would allow strikes in essential services and would permit the governmen to hire workers to replace strikers.

The former president added that she is confident that the Constitutional Court will issue a reversal.

On his Facebook page, the legislator said that a society that wishes to progress chooses mechanisms of dialogue and social peace, instead of stimulating strikes and solving solutions in the streets. 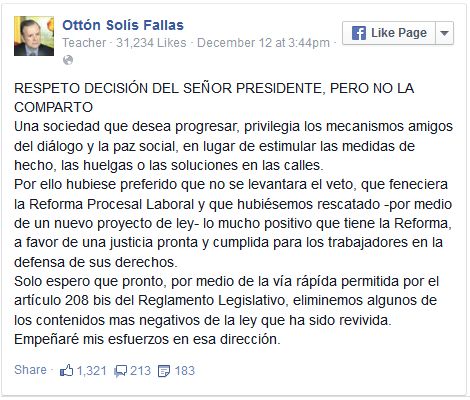 Solís said he would have preferred to see the veto by former president Chinchilla not be lifted and the government offer a new bill that would give rise to positive reform.