Rain Spoiled The Night Of The Festival de la Luz 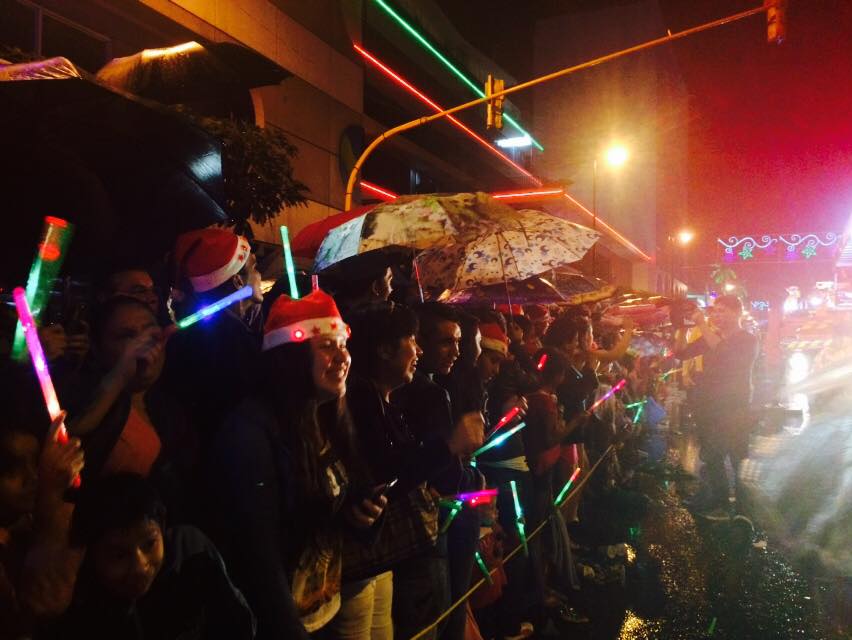 QCOSTARICA – As rarely happened in the history of the Festival de la Luz, last night rain fell on the 19th edition of the biggest street party of the year.

The rains had soaked most of the San José earlier in the afternoon. But then it clear up.

A commentator  on one of the local television channels said before the 6pm start of the festival, “clouds over the mountains have cleared, means it won’t rain again tonight.” He couldn’t have been more wrong. 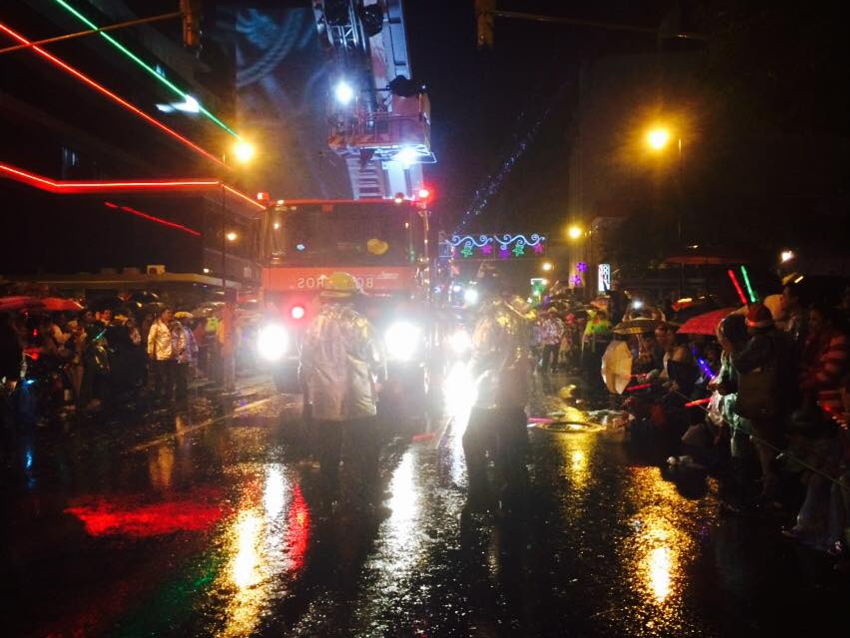 It was a few minutes before 7pm that drops from the above could be felt, quickly turning to a light drizzle and then to downpours at times. However, with few umbrellas and rain gear, the tens of thousands braved it out, with the hope that it would stop soon, and then just got used to it and made the best of the situation.

Of concern to organizers, demonstrated by the worry on their faces was the effect on the rain on all the electronics and the instruments of the marching bands.

However, the rain wasn’t the greatest problem for the Municaplidad de San José float, a beautiful allegory of Peter Pan and Neverland, causing delays as it struggled to move along the parade route because its height was greater than the overhead wire of the streets of San José. Uh?

Although the rain was merciless, the show went on. And so did the rain, raining on San José most of the night, breaking around 4am this morning (Sunday). 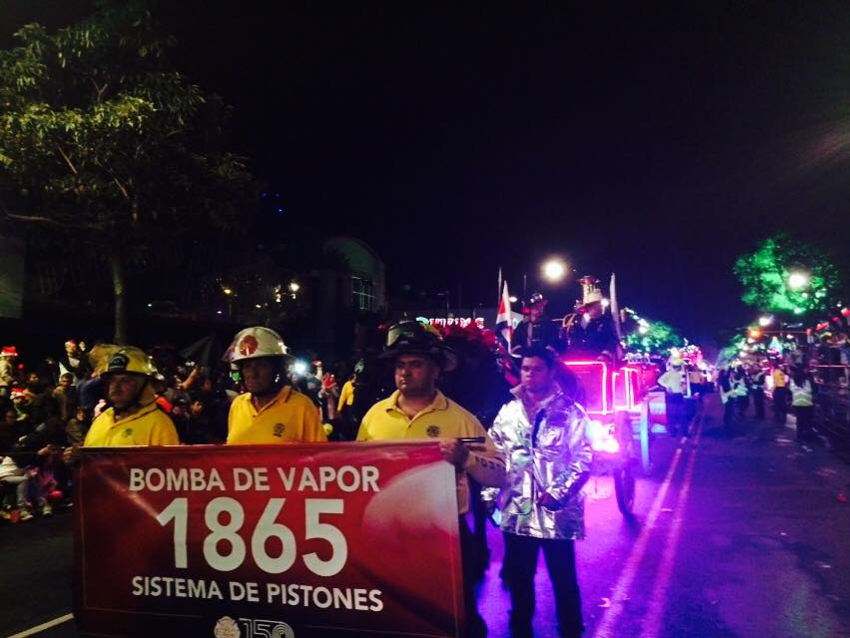 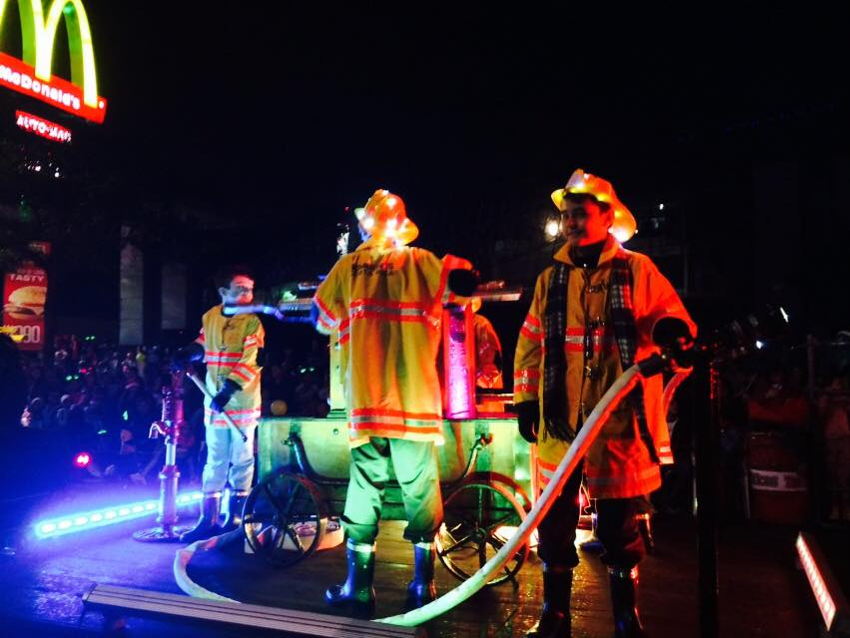