The Ministry of Health reported this Friday that it made the decision to disable massive activities in Parque Viva, in Guacima, to protect the health and safety of the population, for "anonymous complaint" that indicates vehicular traffic problems in the surroundings. 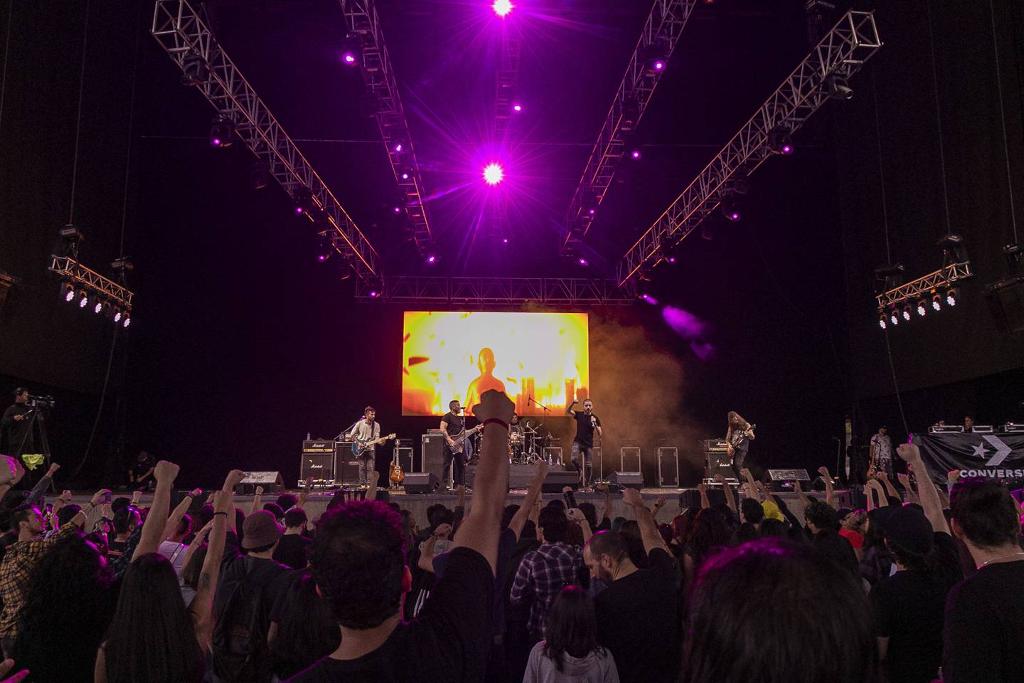 QCOSTARICA – The Ministry of Health suspended on Friday the sanitary operating permit for Parque Viva due to an “anonymous complaint” that would indicate “problems that affect the surrounding communities” due to the vehicular traffic generated by the events.

Parque Viva is an event center owned by Grupo Nación, which is located in La Guácima de Alajuela.

As explained by La Nación, through a notification sent to the Parque Viva administration, the Ministry of Health reported that the closure order arose as a result of an “anonymous complaint”.

As reported by the Ministry of Health, the measure is given after the recommendation of the Cruz Roja (Red Cross), Bomberos (Fire Department), Ministerio de Obras Publicas y Transportes (MOPT) – the Ministry of Public Works and Transportation, and other institutions.

In the recommendation of these entities, it is pointed out that several complaints and reports were received due to the enormous congestion generated by the massive events in Parque Viva,  warning that the flow of vehicles could affect their emergency response to the park and the surrounding area.

The suspension is for an indefinite period, the Ministry of Health point out their decision will be reconsidered when the administration of Parque Viva presents a remedial plan for the problems caused to the community.

Asier Isusi, general producer of events, said that this measure takes them by surprise, indicating that suspension will affect several events scheduled at Parque Viva for the coming weeks.

Timing of the closure is suspect

Both the newspapers, La Nacion and El Financiero, belonging to the same business group as Parque Viva, pointed out that the action by the government is suspect, coming days after  President Rodrigo Chaves questioned at a press conference the company’s financial capacity to pay the 2024 and 2025 maturities of a bond issue by La Nación S.A., in which the Caja Costarricense de Social Security (CCSS) and its pension operator invested ¢2.95 billion and ¢750 million, respectively.

In an interview published in La Nación this Thursday, July 7, the day following the president’s remarks, the executive director of Grupo Nación, Pedro Abreu, stated that the company’s assets far exceed the value of the bonds issued by the company between 2013 and 2014 (those mentioned by Chaves).

For his part, the president of the CCSS, Álvaro Ramos, stated publicly that the returns (payments) on the bonds have always been received on time.

The suspension of the sanitary operating permit affects the activities carried out in the theme park, which includes an amphitheater, spaces for sporting and cultural events, fairs and exhibitions and an automotive racetrack.

Among the events affected by the suspension are presentations by Pandora, Flans, Tigres del Norte, Fonseca, Banda MS, Jessi Uribe and Ana Gabriel, international artists who already have a date to perform at Parque Viva.

The Chamber of Promoters of Massive and Related Events (CAPEMA) expressed their concern about the situation.

“After two years of paralysis of our activities due to the pandemic, this decision once again puts our industry and the sources of income of thousands of Costa Ricans who depend on it at risk (…),” was expressed in a public statement. 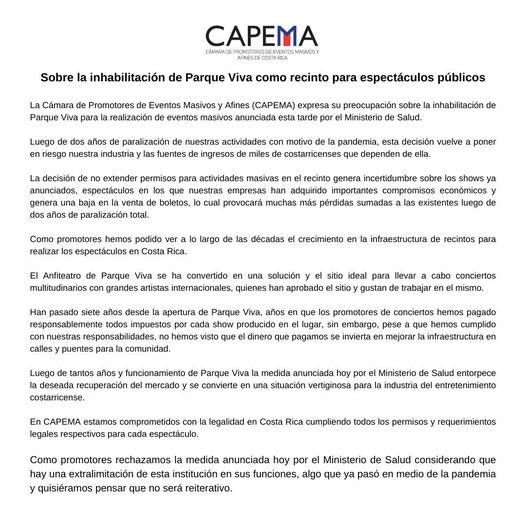 Manrique Mata, from the RPMTV production company, on of the biggest in the country and Central America, joined the disagreements on social networks.

Mata pointed out that his company has no planned events at Parque Viva at the moment, but he stated that the closure of the venue affects the entire guild.

“I am surprised because what is happening seems totally out of place, out of any concept. Parque Viva is a place that has given all of us Costa Ricans a lot of great events, it was built 40 or 50 years ago as a racetrack, but as is logical in life it has been surpassing and improving until it became Parque Viva to hold events and for that it has a legal permit. I don’t know where this order (from the Ministry of Health) comes from after so much time in operation,” said Mata.

Among the international artists that have performed at the Parque Viva are:

- Advertisement -
Paying the bills
Previous articleDollar and euro are “practically” at the same price internationally: What can be expected in Costa Rica?
Next articleNew ‘Tico variant’ of the coronavirus is confirmed in the southern zone

QCOSTARICA - The Ministry of Health confirmed on Wednesday the first...
Read more