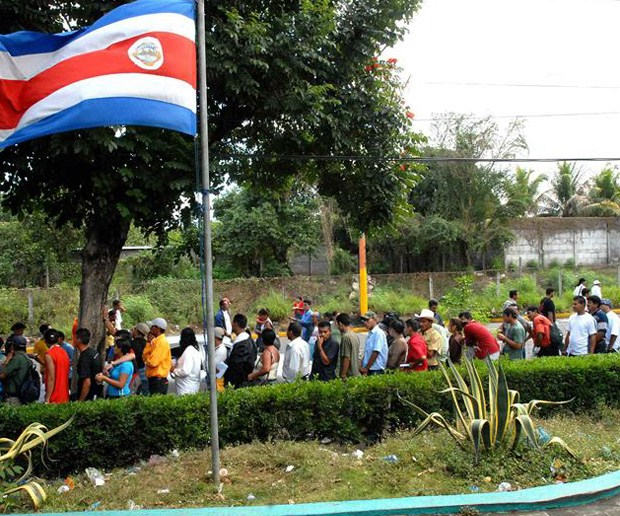 This is a tale of how the taxpayer’s money is well spent (not) by the country’s immigration service, at it invested US$81.000 dollars in printers than in less than three months stopped working.

It was back in 2006 when the Dirección de Migración y Extranjería de Costa Rica (immigration service) began the implementation of the electronic migratory movement system (Simmel in Spanish) with the objective of providing more border security.

In 2009, the immmigration director, Mario Zamora, announced a major achievement, an electronic stamp with the ability to record movements of people entering and leaving Costa Rica, even the possibility of identifying the official who sealed the passport, replacing the rubber stamp.

To do this, immigration invested US$81.000 in 74 special machines (printers) that went into operation on October 13, 2009. Three months later, only 18 printers were working. The same fate befell the rest, with only one of the original machines still working.

The machines were purchased from Epson Costa Rica, in two parts with the same bidding abbreviated bidding process.

The machines came with a 3 year warranty and a claim that it would last for 400 million ‘pulses’. In simple mathematics this amounted to about 160.000 impressions (entry/exit stamps) as each stamp requiring from 2.500 to 3.000 pulses.
According to immigration officials, the expenditure was not a waste of money, it’s that the printers began to “wear down”, the claim by the manufacturer was accurate, they did last the 400.000 pulses, but they went fast, since Costa Rica receives over 2 million visitors a year, each requiring a stamp.

This is only but one tale of how waste occurs in Costa Rica’s government.

With files and images from Telenoticias.