Green alert for the North Zone, Central Valley, North Pacific and Caribbean due to strong wind and waves 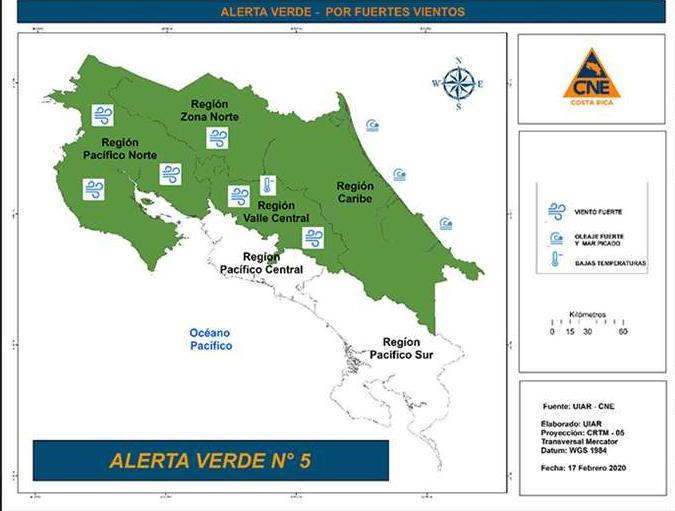 The high winds are expected to continue into Thursday and expected there will be an increase in the average swells, of short duration and of moderate intensity.