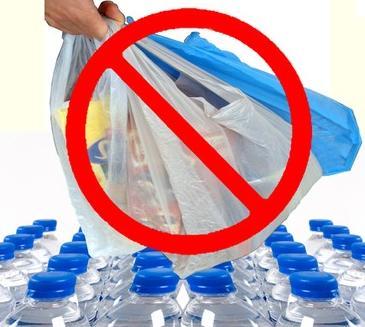 QCOSTARICA – The food industry has opposed the proposal by Solis administration to levy a tax on non-returnable plastic containers, as a measure to discourage their use.

José Manuel Hernando, President of the Costa Rican Chamber of the Food Industry, explained that “… “It is totally wrong to think that more expensive products are transported in this type of material, citizens who throw their trash in the street will stop doing so, or municipalities will do their job better in terms of cleaning and waste collection.

The measure will simply mean a higher cost of living for Costa Ricans.This kind of problem must be addressed with other programs such as those already being run by much of the food and beverage industry in collecting and recycling garbage and plastic material. We do not agree with this disformation given to the population which makes them think that a tax of this nature will change a problem that is being solved with completely different measures.'”

From a statement issued by the Costa Rican Chamber of the Food Industry (CACIA):

After the announcement of new taxes by the government, the reactions were not waited for by entrepreneurs in the Costa Rican Chamber of Food Industry (CACIA), who flatly rejected the idea of ​​imposing new tax burdens on the already beaten budgets of Costa Rican families.

- Advertisement -
Paying the bills
Previous articleDoes The Costa Rica Government Have “The Right Stuff”?
Next articleAutomercado Reduces Use of Plastic Bags By 1.4 Million