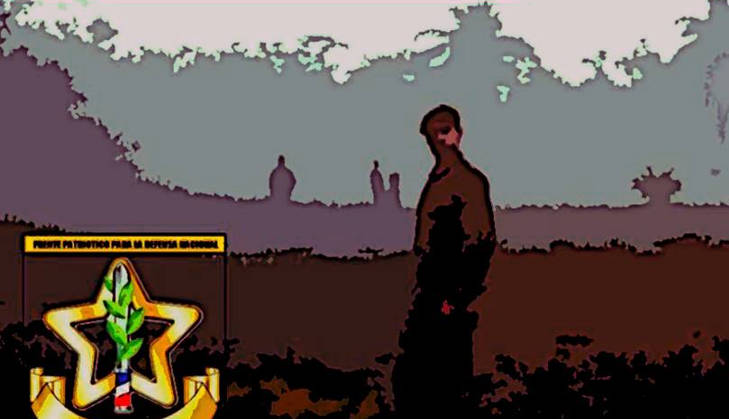 The recent emergence of a large group of men who announced that they were ready to fight a war with Nicaragua has raised concerns among the Costa Rican government, which believes these self-defense troops could grow into “death squads” and attract “foreign mercenaries.”

The so-called Patriotic Front for National Defense announced earlier this month that its estimated 100 members have begun training in combat and defense tactics near Costa Rica’s Caribbean coast. Comprised of two units – the “1856 Patrol” and “Iron Front Line” – the unit said members would continue to train in the country’s capital, San Jose.

“National sovereignty is non-negotiable; it must be defended,” said José Fabio Pizarro, the leader of the group. Pizarro, who was public police chief in 2000, said the Front’s goal was to keep Nicaragua from “invading” a small strip of land and an island on Costa Rica’s eastern coast that Managua is claiming before the International Court of Justice.

“We should prepare for the worst, or for any situation that could lead to an armed conflict,” said Pizarro, who denied that his troops were paramilitaries or followed a certain ideology.

Costa Rica does not have an army but rather a national police force.

“It is unfortunate that these types of actions are being carried out in our country and that they are trying to plant the same seeds that brought armed conflicts to other nations that used them to deal with their problems,” said Mario Zamora, the Costa Rican public security minister.

Juan José Andrade, the chief of the Fuerza Publica (police), said he was monitoring the Front’s activities to see if they were violating the law. “We don’t support these types of rallying cries,” he said.

The existence of paramilitaries – both left- and rightwing – is not new to Costa Rica. In the 1980s, when civil wars engulfed neighboring Nicaragua, El Salvador and Guatemala, anti- and pro-communist paramilitary groups sprouted up across the country.