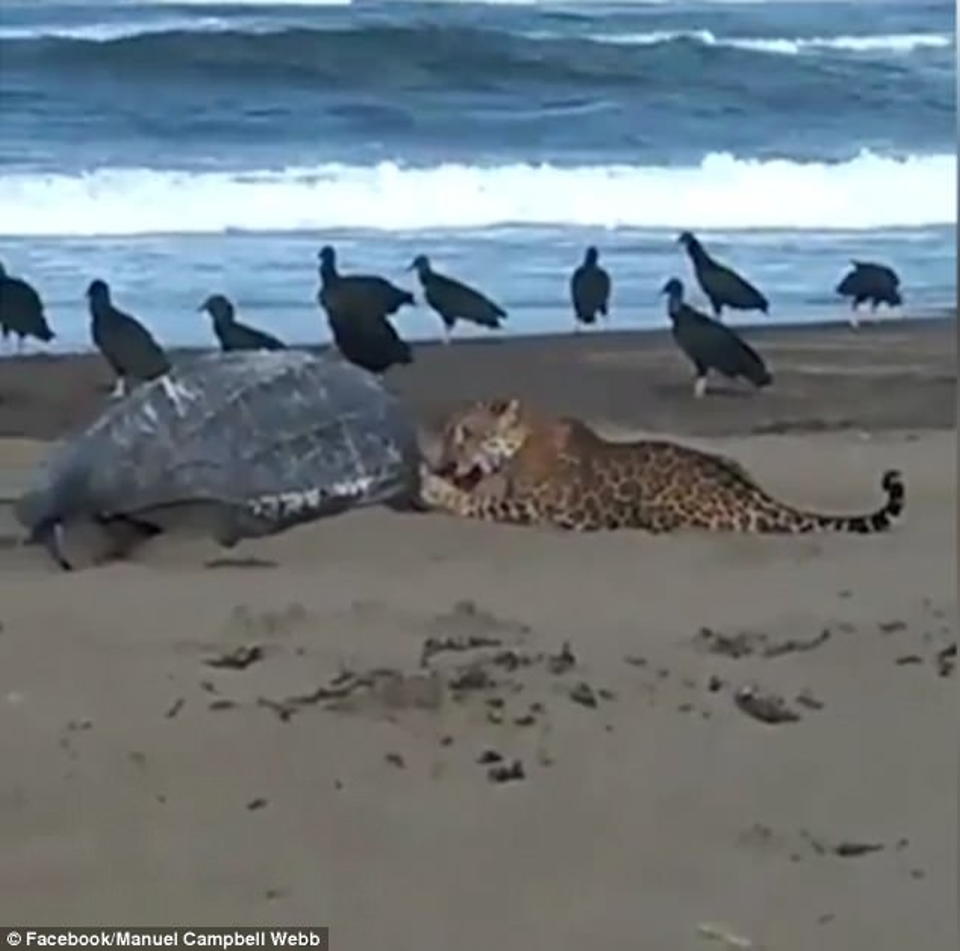 This is the horrifying moment a jaguar eats a leatherback turtle for supper in the middle of a beach in Costa Rica.

In the clip, posted on Facebook, the big cat can be seen chewing on the head of the motionless sea creature on the Costa Rican coast. 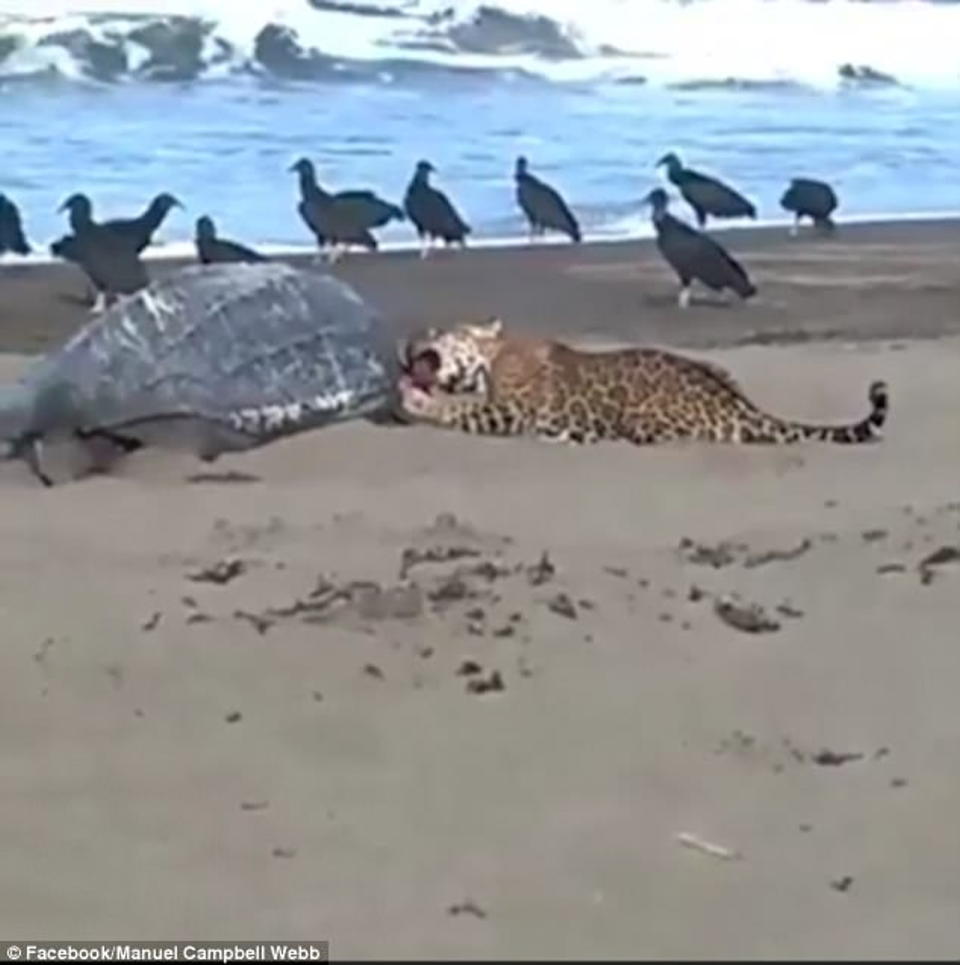 The animal can be seen biting at the flesh of the stricken creature and flicking its tail as it devours the turtle. It is not clear whether the 2m-long jaguar killed the turtle itself or found it already dead.

Manuel Campbell, from Costa Rica, shot the footage in the country’s Tortuguero National Park – which has become famous for its resurgent jaguar population over the last few years.

According to scientists, the northern Caribbean slope region has seen a huge rise in jaguar numbers because it is one of the world’s most important nesting beaches for endangered turtles.

Around 15,000 to 20,000 of endangered sea creatures crawl ashore here each year for a nesting season that lasts from May to October.

Leatherback turtles can grow up to 2.2m in length and weigh up to 700kg – but their slow speed on land and need to nest on the beach makes them vulnerable to attacks from land-based predators.

The leatherbacks are only hunted by larger sharks and killer whales in the sea, meaning some can live for up to 50 years. But on land, by contrast, they make easy targets for fast-moving jaguars.

As their name suggests, the gentle creatures have soft leathery skin – rather than hard shells like some turtles.

The name Tortuguero roughly translates as ‘turtle area’ – although it could also be interpreted as ‘turtle catcher’.

Tortuguero park rangers say 10 years ago they never saw a jaguar on their beach.

Now though, researchers say they’ve identified 16 jaguars in the park, and estimate that the big cats kill about 1 percent of the turtles nesting there each year.

Stephanny Arroyo, 31, who studies wildlife conservation at the National University of Costa Rica, said: ‘I was certain that Tortuguero was special for something,’
‘The behavior [of the jaguars] is unique and the quantity of individuals in such a small area is also unique.’

The bounty of turtle meat for half the year means jaguars might not feel the need to compete for food, according to Arroyo.

It is unclear where the recent spring of jaguars has come from – but for the region’s new inhabitants the turtles are easy prey and are contributing to an ever greater boom in the population of the big cats.

Handyman will face trial for crime of Spanish tourist in Tortuguero

A Nicaraguan handyman surnamed Díaz Hawkings will face a trial as...
Read more