10 Ways To Save On Travel Revealed

If you want to save money when traveling, check out these 10 tips from the pros. 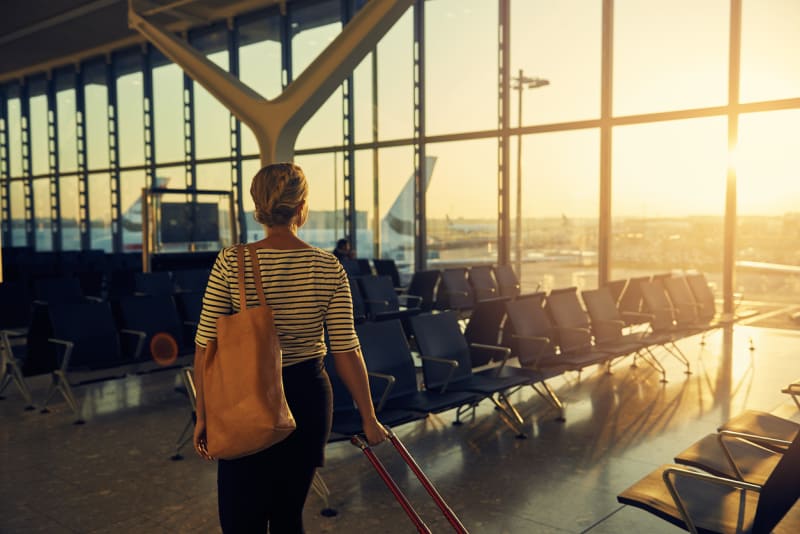 We’re not mathematicians, but we’re pretty sure the following theorem holds true: There is an inverse relationship between how badly you need a vacation and how comfortably you can afford one. 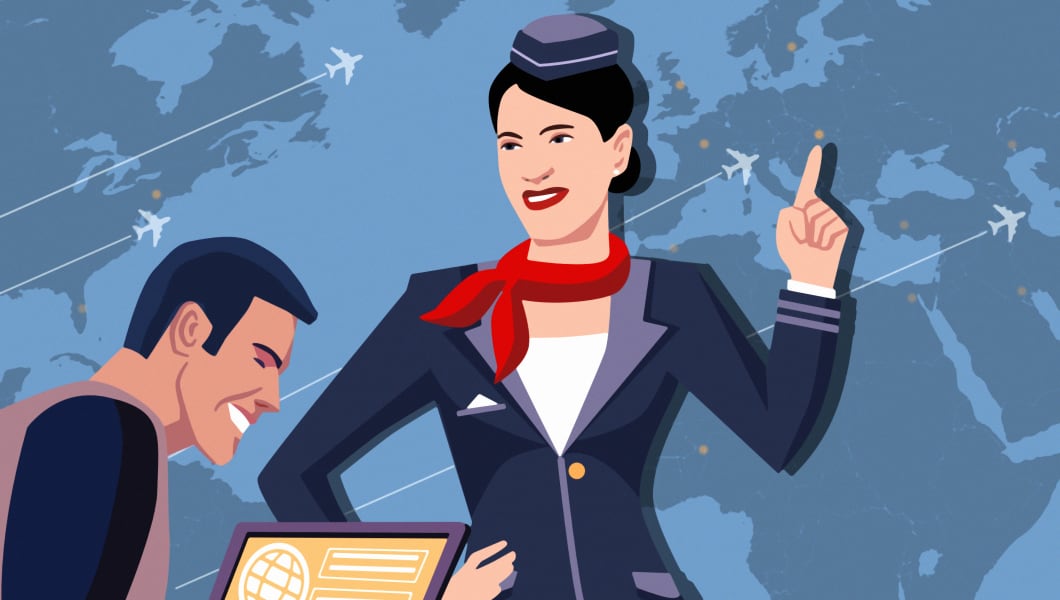 That is, the more you need a vacation, the less likely you are to be in the financial position to pull one together. That’s what it feels like in our experience, anyway. Call it the algebra of exhaustion.

But what if there’s a tricky workaround? What if you could take that sorely needed week away and come home to a livable bank account?

We reached out to a handful of travel experts to see if this is achievable—and it turns out, it just may be.

Here’s what we learned, all boiled down into 10 thrifty tips that’ll save you hard-earned cash on your next getaway:

1. Remember the Rule of Tuesdays.

Tuesday is an important day of the week in the world of air travel. If you can travel on a Tuesday or even Wednesday, you’ll probably get the cheapest flight of the week. Generally, people do their traveling on Thursday, Friday, or over the weekend. Demand drives prices up, so you’re more likely to find a cheap flight during off-peak times—usually a Tuesday or Wednesday.

At least, that’s what we’ve always heard. But is it really true? Yes. While there’s no magic day to purchase the best deals, the cheapest days to travel are Tuesday, followed by Wednesday, and then Saturday.

Airlines use algorithms to determine prices, and these are constantly being updated based off of sales and availability. “There is also an old myth about ordering 57 days prior to travel. Both of these suggestions are not true,”  says travel writer and vice president of travel company Pruvo, Doron Nadivi.

“Last year I booked a flight from Costa Rica to New Zealand…, returning from Bangkok to Costa Rica [11] months prior to travel. I put an alarm to check 57 days before departure and the exact same flight number, same route, same website cost four times more.”

The real trick when purchasing a flight is to follow through when the price is good. If you see a great deal, get it, now. Chances are it’ll be gone in a few hours.

Some people have flexible enough jobs and lifestyles to pick when to take their vacations, but many others have less choice. “Shoulder season” combines the advantages of both peak- and off-season travel. In shoulder season, you’ll enjoy decent weather, long-enough daylight, fewer crowds, and a local tourist industry still ready to please and entertain.

3. Be a little impulsive.

There are pros and cons to this tried-and-true technique for a quick escape from the day-to-day grind. But asking for a “cheap ticket to anywhere” doesn’t work like it used to.

Once upon a time, you could walk up to a ticket counter and get a cheap, last-second deal for an undersold flight. It was great if you didn’t much care where you were going. But those days are over.
Today, most flights are overbooked, and last-minute flying can actually be more expensive, not less. Still, the days of the 11th-hour deal aren’t over entirely. It’s just that you have to use technology to take advantage now.

Pricing on Monday night or Tuesday morning is usually at its best. Take advantage of it.

To improve your odds of scoring a deal, try to visit less popular cities. Clear your browser cache, those cookies will rat you out to the airlines, telling them you are looking.

Hotels are great, but with a new generation of travelers hotels have taken a hit. Just like Uber and Lyft are changing the world of ground transportation, Airbnb and VRBO are laying siege on the hotel industry.

Through these and similar services, you can find great deals on short-term house rentals instead of booking a bunch of hotel rooms for larger travel parties. There are also smaller sites in most every major city that will have a listing of units that are available for travelers to rent. Do your research and you’ll find the options are practically endless—and very affordable.

If you have some wiggle room for your travel plans, let the gate attendant know. That way you can be put on the short list if they need volunteers. If you’re flying on United or Delta, you can bid on how much money it’d take for you to give up your seat.

In the moment, there’s often the panic-induced sense that all you want to do is reach your destination, but if you psych yourself up to sit around the airport for a couple of hours to make some serious miles or money, then you’ll be good to go. 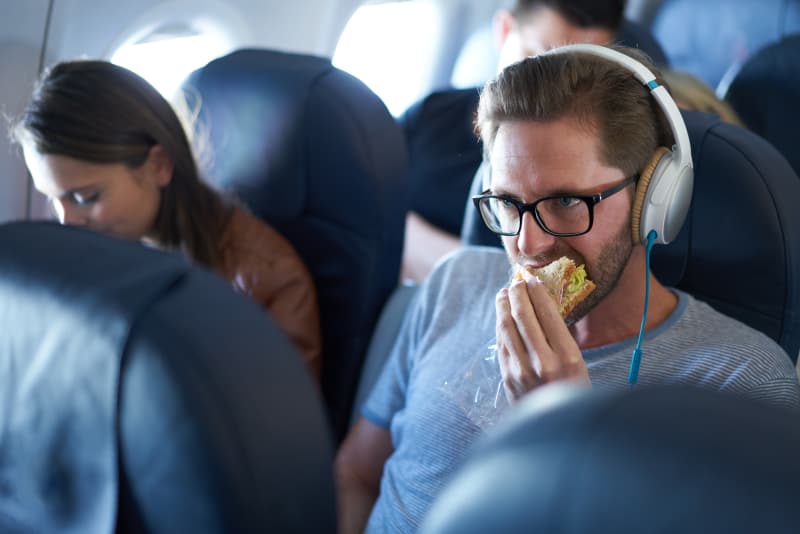 We know a granola bar isn’t the same as that breakfast burrito you could buy at the airport, but it could save you a good chunk of change. Airport food tends to be more expensive than the already-pricey food at professional sporting events and theme parks, so if you have some time to spare, make yourself a meal and bring it.

Some food is okay to pass through security.  If you don’t have time to make something yourself, you can still pass over the expensive airport-specific restaurants. Buying your fast food outside the airport can save you plenty.

7. Hydrate on the cheap.

Everyone knows you can’t bring liquids through security, including water. But you can bring an empty water bottle and fill it at a water fountain or fill station.

It’s crucial to drink up on the plane; people tend to get really dehydrated when they travel because of the recycled air, the altitude, and the fact you don’t really drink a lot of liquids while you’re in flight (no one likes asking people to get up so they can use the restroom).

This will keep you hydrated and save you from buying a $4 bottle of water.

8. Find new ways to get around.

Asking a friend to pick you up from the airport is almost as bad as asking them to help you move. Nobody wants to do it, but most people don’t feel like they can say no. However, in most major cities, there is public transportation that can take you to and from the airport. 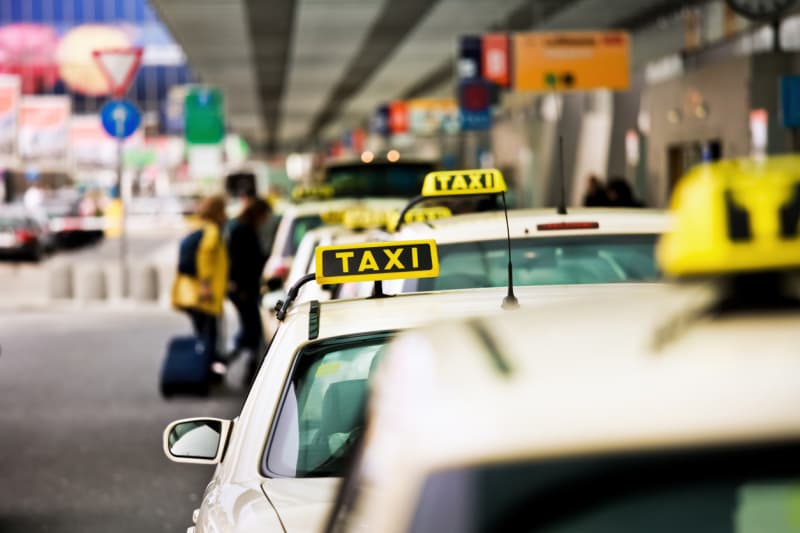 If you don’t have easy access to public transportation, you can try to take an Uber or Lyft, which will often save you some money compared with a taxi, which may overcharge via a large airport tax. Be aware, though, that in some cities, Uber and Lyft cannot pick up passengers from the airport.

Do some research on your destination’s transportation before you go. Both the Google Maps app and the Citymapper app can provide you with information and schedules for trains, busses, and more. 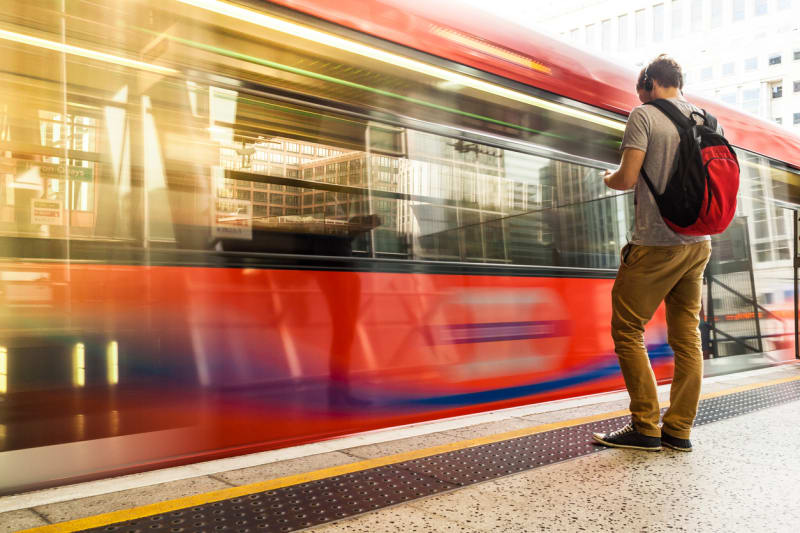 Alternatively, you can always take the opportunity to explore the city on foot and walk to your final destination.

9. Take a cue from extreme couponers. 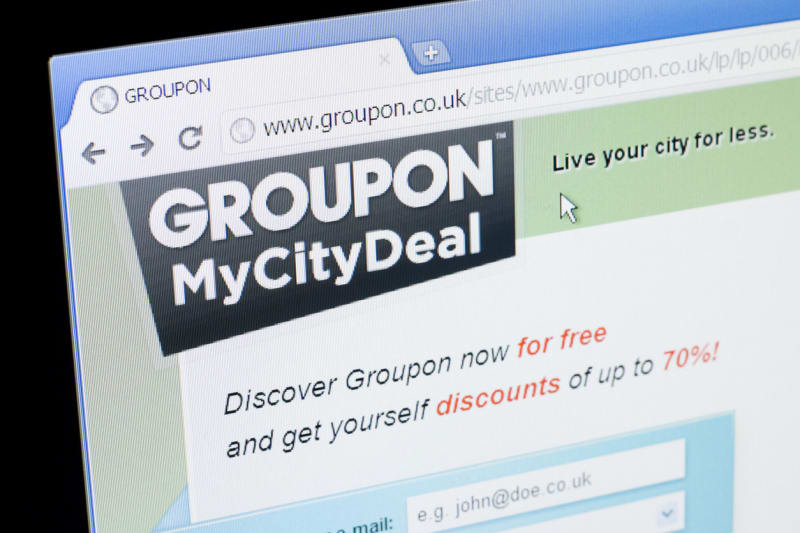 There are coupons for literally everything. If you know you’re going to be in a new city, take advantage of the ones that are for first-time customers only. Apps like Groupon and LivingSocial have deals for activities and food that could cut your costs in half.

Another way to go about saving money on food is searching hashtags on Instagram for specific locations. If you find food pics that look appetizing, get in touch with the restaurant and see if they have any special deals or happy hours.

Airlines often offer more flexibility and cheaper fees than third-party sellers. A lot of websites will scour the internet for the best deals—which is great if you’re short on time or organizational skills—but then you usually get stuck with few options and little flexibility, since you’re booking through a third party.

The best thing to do is use a search site like Skyscanner or Google Flights to find the cheapest flight, then head over to that airline’s website and book directly through them. When you book direct, you’ll get cheaper flights, and usually more flexibility and options for your trip.

These tips won’t just save you money on vacation. They might bring down the cost of a trip just enough that you can safely afford it in the first place. Follow our experts’ advice, and you could balance the equation that allows for a truly restorative—and much-deserved— adventure.