In 2021, all airlines operating pre-pandemic have returned; In addition, seven new routes and two new airlines were added 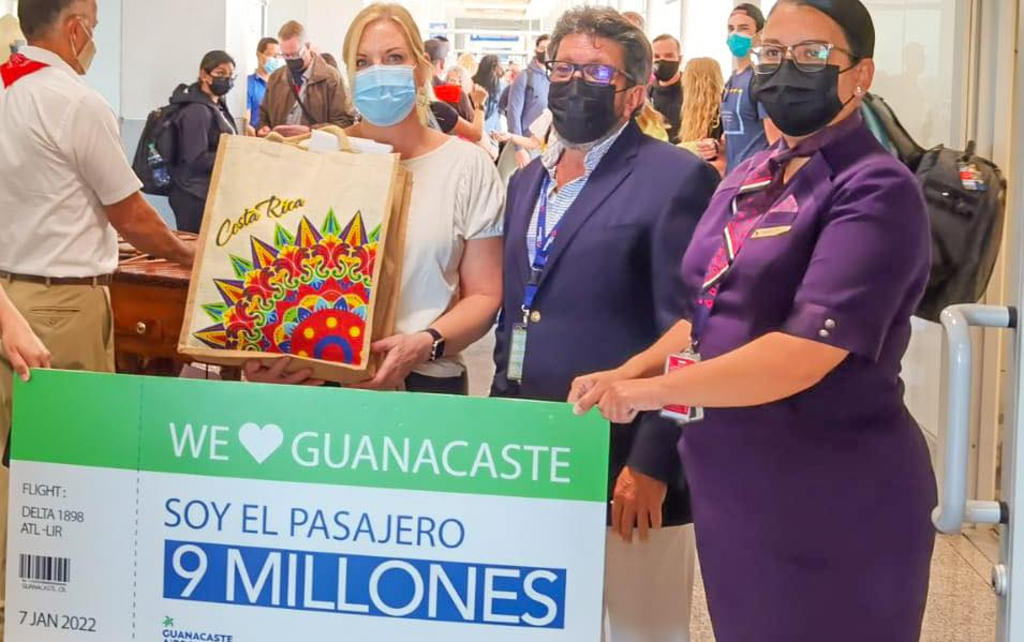 QCOSTARICA –  On Friday, January 7, the 9 millionth passenger landed at the Guanacaste Airport, in Liberia (LIR).

At 12:50 pm, Delta flight 1898 arrived from Atlanta, Georgia. At the time of disembarkation, the passengers were received with live music by the airport authorities, waiting on passenger number 9,000,000 that turned out to be Carla Willitz, a native of Utah. 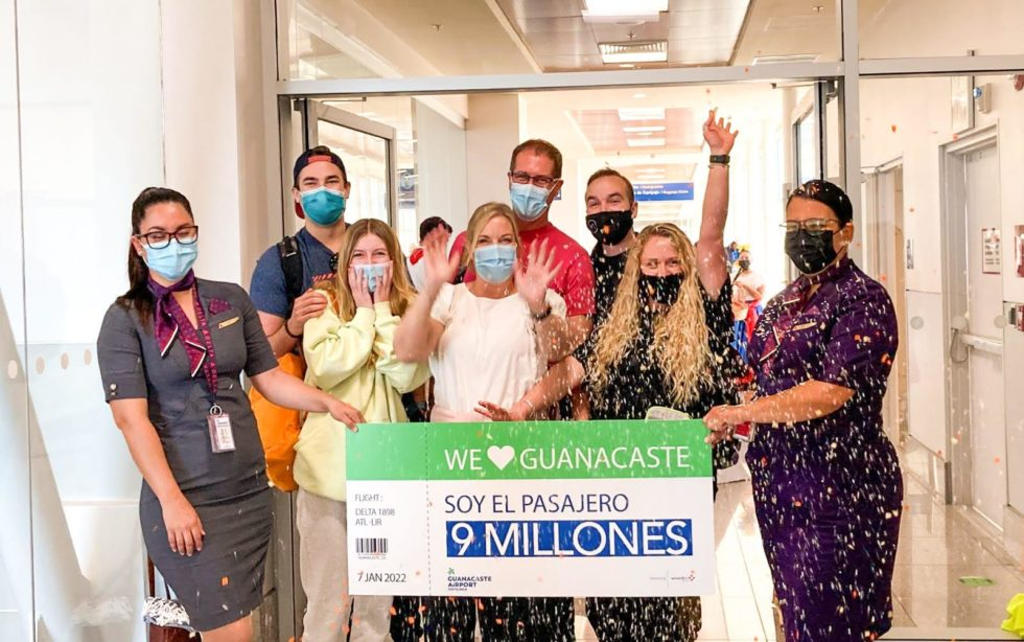 The passenger, who traveled with her husband and four of her children, commented “I am very happy and surprised to have been passenger number 9 million. It is not my first time in Guanacaste, we come frequently because we love the destination and surf on the Guanacaste beaches. It was a lot of fun getting off the plane and getting this huge surprise.” 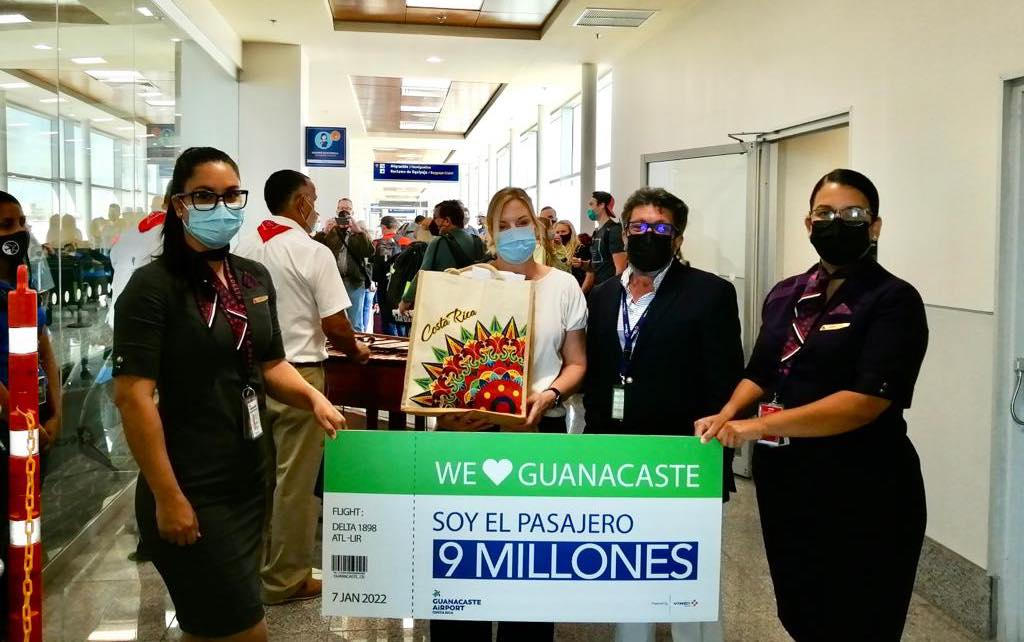 The Guanacaste Airport, with hard work that began last October, was able to recover all the airlines and routes operating prior to the pandemic, the majority from the United States, Canada and Europe.

In addition, in 2021 seven new routes and two new airlines were added.

This is how Guanacaste Airport, a member of the VINCI Airports network, has established itself as one of the terminals with the highest traffic recovery in the region, within its category of less than 2 million annual passengers.

“This is a celebration for all our strategic partners: government, airlines, hotels and shops of many kinds. Our actions demonstrate the dedication of each of the 1,400 people who work at Guanacaste Airport to make the service the best and the safest. VINCI Airports, a leader in connectivity, promotes positive mobility, which is reflected in the preference of passengers for an attractive, safe and healthy destination,” stated César Jaramillo General Manager of Guanacaste Airport.

Currently, 15 airlines operate at the Guanacaste Airport that connects with 23 destinations globally.

- Advertisement -
Paying the bills
Previous articleMiramar Accident: Two Americans and a Swiss Among the Four Dead in Collision
Next articleJanuary, a month of low purchases in Costa Rica