CENTRAL AMERICA NEWS – Authorities in Guatemala estimate criminals make around $61 million a year from extortion, a figure that illustrates the extent to which this crime impacts businesses and families. 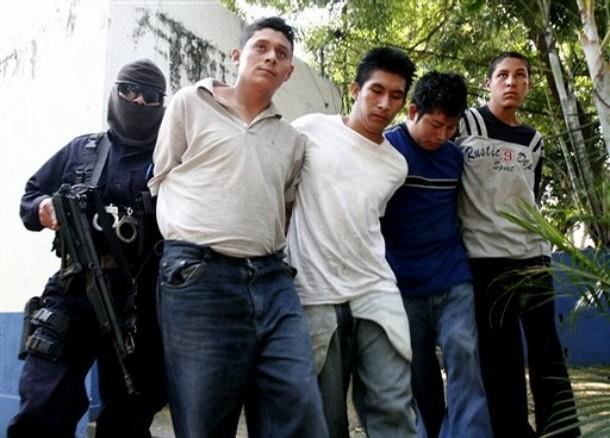 According to figures compiled by Guatemala’s Interior Ministry, the biggest earners for criminals dedicated to extortion are the public transport sector and small businesses, each of which brings in around $23 million a year, reported Siglo 21. Extorting local families earns criminals an additional $2.6 million. The $61 million figure also includes around $4 million in profits obtained from “express kidnappings” — in which the victim is held hostage for a short period of time.

While gangs are responsible for an estimated 35 percent of extortion in the country, the other 65 percent is carried out by other criminal actors that the government referred to as “opportunists.” A total of 74 criminal groups engaged in extortion have been dismantled since 2011, and 250 people have been arrested for this crime.

The three Guatemalan municipalities most affected by extortion are Guatemala City, Mixco and Villa Nueva.

Extortion in an endemic problem in the Northern Triangle countries of Guatemala, Honduras, and El Salvador, where gangs make a large portion of their income from this crime.

Transportation companies and small businesses in the region have been especially hard-hit by extortion. Around 70 percent of El Salvador’s small businesses have been victims of gang extortion, a phenomenon that has caused an average of two businesses a week to close down, according to the country’s National Council for Small Businesses. In Honduras, criminal groups earn more than $27 million a year from extorting the transport sector.

The crime can easily turn deadly. In Honduras, 153 taxi drivers were killed between 2012 and 2014 in violent confrontations, while in Guatemala, murders of public transport drivers doubled in the first half of 2013.

The most recent Guatemala figures indicate that, while street gangs are often blamed for the bulk of extortion, other criminal actors also play a significant role. However, it is possible they do so only with the blessing of the gangs: a February case revealed that some extortion groups in Guatemala were paying part of their profits to the Barrio 18 and Mara Salvatrucha (MS13), the country’s two principal gangs, in order to operate.

QCOSTARICA - The week of June 13 to 19 registered a decrease in the average number of deaths due to Covid-19, when 20 daily...
HQ