COSTA RICA NEWS – Difficulties in the processing of scholarships for less advantaged school students has prompted Education Minister Marta Maria Mora to present a bill in congress that would restructure the whole system. This year the Scholarship Fund still has 68,000 scholarships yet to give out, half of the 2014 budget. 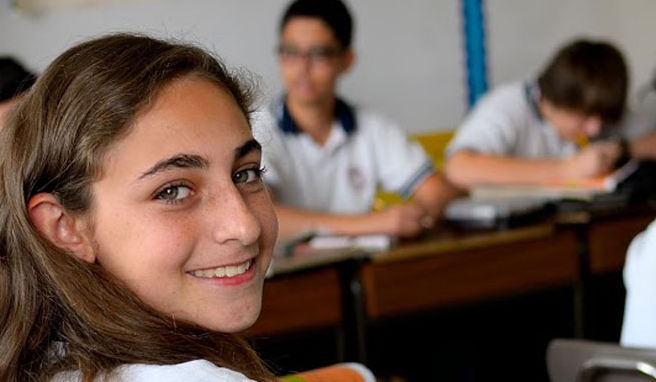 By law, the Education Ministry is forbidden to simply take over the handing out of the funds but Mora has recommended actions to solve the problem. The bill would simplify the application process for granting the funds for books and other scholastic needs.

The system was set up to combat an increasing school dropout problem. Many kids have to abandon school because their parents cannot afford even the uniforms, let alone school supplies and the loss of their income to the family from working jobs.

The system has worked well and stemmed the flood of dropouts that steadily increase early in this century. Minister of Human Development Carlos Alvarado told La Nacion that the Solis Administration has a three pronged approach to solving the problem.

The system has worked in the past, but a breakdown occurred this year. Alvarado said that 14,000 scholarships were approved Thursday. Lawmaker Mario Redondo, disgusted with the whole logjam, backs a bill that would eliminate the Fund and pass scholarships to the poverty welfare agency IMAS.

But some screening of scholarships is needed. Some parents, always alert for a handout or scam, who can well afford sending kids to school on their own income, would be only too happy to let the taxpayer foot the bill.