Guatemala Hands Over Another Narco Leader to US

CENTRAL AMERICA NEWS — A high-ranking member of a powerful criminal organization in Guatemala has become the latest drug trafficker from this Central American country to be extradited to the United States, in what appears to be a growing trend. 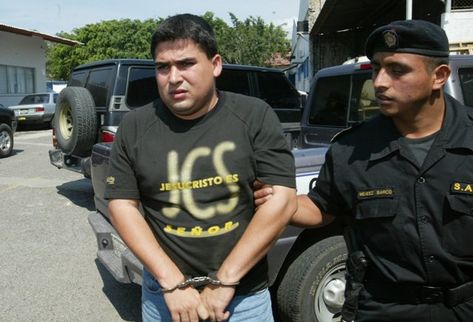 On September 23, Guatemalan authorities handed over Byron Linares Cordon to US Drug Enforcement Administration (DEA) officials, who will bring him to the United States to face drug trafficking and money laundering charges, reported Prensa Libre.

Linares, who has been held in prison in Guatemala since his 2011 arrest, was considered the right hand man of extradited Guatemalan kingpin Otto Herrera. The US District Court for the District of Columbia has accused him of shipping large quantities of Colombian cocaine to the United States, as well as producing and distributing cocaine. He is also believed to have ties to Mexico‘s Sinaloa Cartel, reported Voz de America.

In 2003, Linares was arrested on money laundering charges after Guatemalan authorities raided a residence that contained his passport and $14 million in cash. He was released shortly thereafter, but since 2006 he has had a price on his head from US authorities.

Linares’ extradition appears to follow a trend toward Guatemalan traffickers being tried in the United States. This could indicate increased cooperation between US and Guatemalan authorities. It may also be a sign that the Guatemalan judicial system is improving its capacity to complete extraditions despite attempts by drug traffickers to thwart the process.

In 2012, there were at least nine high-level suspected drug traffickers in Guatemala who had invoked the writ of amparo — a type of judicial injunction — to stall their extradition to the United States. The subjective nature of the injunction made it easy for defense attorneys to use this legal mechanism as a tool for delaying their clients’ extradition process.

Linares is the third major drug trafficker to be extradited from Guatemala in the last several months, all of whom had previously successfully invoked the writ of amparo. In March, Waldemar Lorenzana, alias “The Patriarch” — head of the Lorenzana family drug clan and a patron to local politicians — was extradited to the United States on drug trafficking charges. Juan Alberto Ortiz Lopez, alias “Juan Chamale,” who worked with the Sinaloa Cartel and trafficked drugs from Mexico to the United States, was handed over to the US in May.

Otto Herrera — the former head of the drug trafficking structure Linares belonged to — was extradited to the United States in 2008. However, in September 2014, reports emerged that Herrera had been released the previous year, raising the question of whether he had provided valuable information to US authorities in exchange for a reduced sentence.

QCOSTARICA - For the first time in two months, less than 800 new cases of covid-19 in a single day were registered on June...
Expat Focus

EXPAT FOCUS (MND) Of course it was no surprise that readers of Mexico News Daily voted Mexico as the No. 1 expat destination in...
Redaqted

QCOSTARICA - The week of June 13 to 19 registered a decrease in the average number of deaths due to Covid-19, when 20 daily...
Vaccine