Guatemalan president lashes out at UN investigator before world body

(dpa) – A UN-backed anti-corruption mission in Guatemala is a threat to peace in the country, Guatemalan President Jimmy Morales told the world body Tuesday. 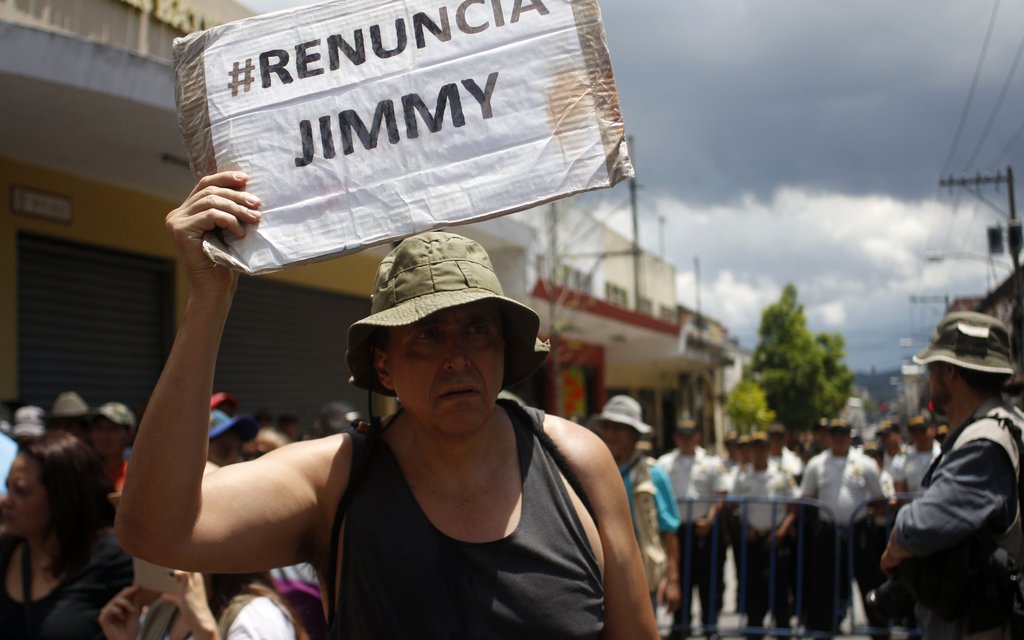 Thus, he said, the mandate of the International Commission Against Impunity in Guatemala (CICIG) would not be extended beyond 2019, he told the General Assembly. He said CICIG had created a “system of terror.”

CICIG was set up as an independent body to support the public prosecutor’s office in 2006, after an agreement between the UN and Guatemala, which needed help in tracking down corruption.

In 2015, it helped force the resignation of previous president Otto Perez Molina, after uncovering a criminal network linked to state authorities. That paved the way for Morales’ election.

But the president and the agency have clashed since then. Earlier this year, CICIG director Ivan Velasquez and the public prosecutors’ office had demanded that Morales’ immunity from prosecution be lifted due to alleged illegal campaign financing.

CICIG has claimed that the source of some 600,000 dollars of Morales’ 2015 election funding is unknown.

Morales has since responded by trying to ban Valesquez from the country. The nation’s top court overturned that order earlier this month.

Velasquez and Guatemala’s Attorney General, Thelma Aldana, were cited by the Right Livelihood Award Foundation this week for “innovative work in exposing abuse of power and prosecuting corruption” in the Central American country.

QCOSTARICA - In order to maintain the rate of vaccination against covid-19 in the health areas that show the greatest progress in this process...
Health

QCOSTARICA - The Government ordered the closure of non-essential trade from May 3 to 9, in the Central Valley, in an attempt to contain...
Guanacaste

QCOSTARICA - Authorities from the Air Surveillance Service (SVA) - airport police - apprehended an American named Dale, who was in possession of an...
San Jose

QCOSTARICA - Authorities activated the covid protocol to remove the body of a man who died in La Merced park, in front of the...
HQ

QCOSTARICA - One of the old Apolo trains derailed this Wednesday afternoon in Pavas, San José. The incident took place near Pecosa, in Villa...
Crime

QCOSTARICA - A 22-year-old woman with the surname Rivera Cubillo was arrested, suspected of luring men through the internet and then robbing them. She was...
Travel

What do you prefer, accommodation-wise, when you go on vacation? Do you like a super-luxury hotel where you can indulge your every whim in the...
Trends

Costa Rica is a country filled with beautiful nature, miles of coastline, and even volcanic formations. All these things make it a wonderful place...
National

QCOSTARICA - Two people die, on average, every day in our country due to road accidents, collisions, or rollovers, according to a report from...