At The UN in New York, Nicaraguans Protest Against Ortega 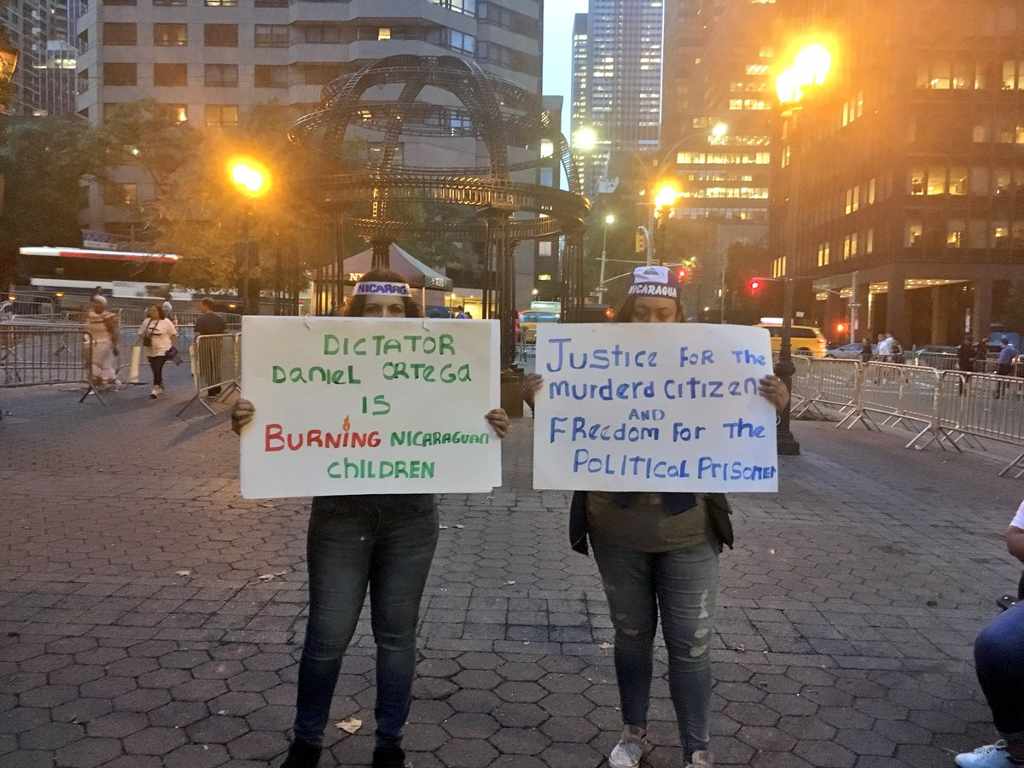 Despite that Nicaragua President Daniel Ortega did not attend the 73rd Session of the United Nations General Assembly in New York City, hundreds of Nicaraguans and other supporters demonstrated in front of the  UN headquarters of the United Nations the resignation of Ortega, whom they described as a “murderer” and “dictator.

The protest was called by the Comite SOS Nicaragua NYNJ (S.O.S Nicaragua New York / New Jersey Committee), after the announcement of Ortega’s participation in the General Assembly on Wednesday, whose attendance was later canceled.

Tomorrow in NYC ,
Nicaraguans will be at the #UNGA to denounce the murderous regime of #OrtegaMurilloAsesinos & in DC the #SFRC will be voting on S3233 #NicaraguanAntiCorruptionAct tomorrow is a big day for 85% of the Nicaraguans in Nicaragua , for the 512 murdered, 4062 injured pic.twitter.com/To8pZom0FU

Wrapped in Nicaraguan flags, the demonstrators applauded student leaders Lesther Aleman and Jean Carlos López, in the United States after fleeing their country.

“Nicaragua is not normal, it is in crisis, we have hundreds of dead and hundreds of prisoners and students are being persecuted. Daniel Ortega is the root of the instability in the country,” said Aleman, who gained notoriety for challenging the president to “surrender” in the first session of the national dialogue last May.

Today we passed the #NicaAct out of the Senate Foreign Relations Committee. Very strong bipartisan support for punishing those responsible for the #Ortega regimes abuses in #Nicaragua.

“We are not going to give up and we are going to continue in the streets, Daniel Ortega has his hours counted,” exclaimed Jean Carlos Lopez, an engineering student who remained entrenched in the Polytechnic University (UPOLI) during the April protests.

We join the world wide tweet spree denouncing the Ortega Murillo regime. For those whose voices have been silenced. #SOSNicaragua #LaVozDeNicaragua #VoiceOfNicaragua #FueraOrtegaMurillo pic.twitter.com/UHjXWRfL9H

The demonstration was also attended by the Nicaraguan-US pacifist Bianca Jagger, director of the Jagger Foundation for Human Rights.

In all, some 600 people gathered outside the UN. Some of those present carried signs in calling for “Freedom for Nicaragua”, “Prison for Ortega”. 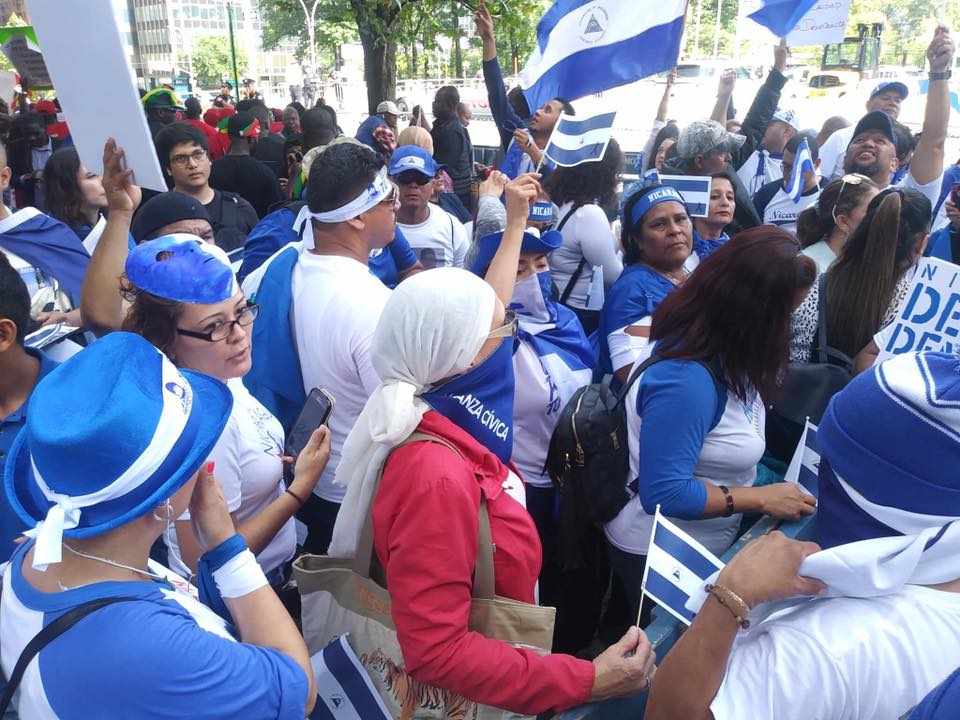 “Daniel is not a president, Daniel is a criminal,” chanted protesters. 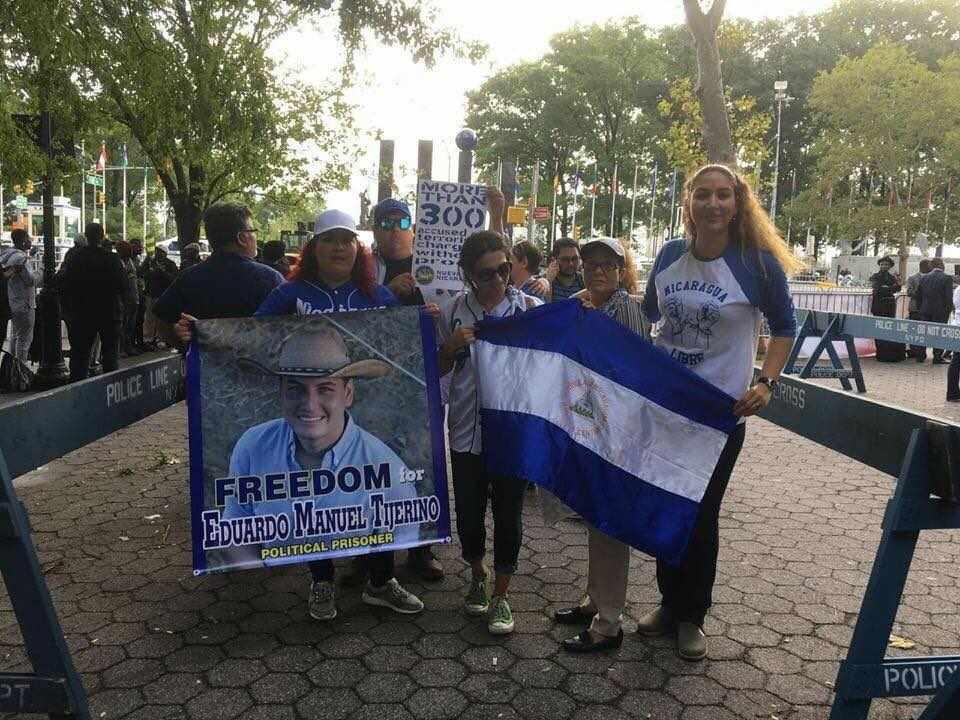 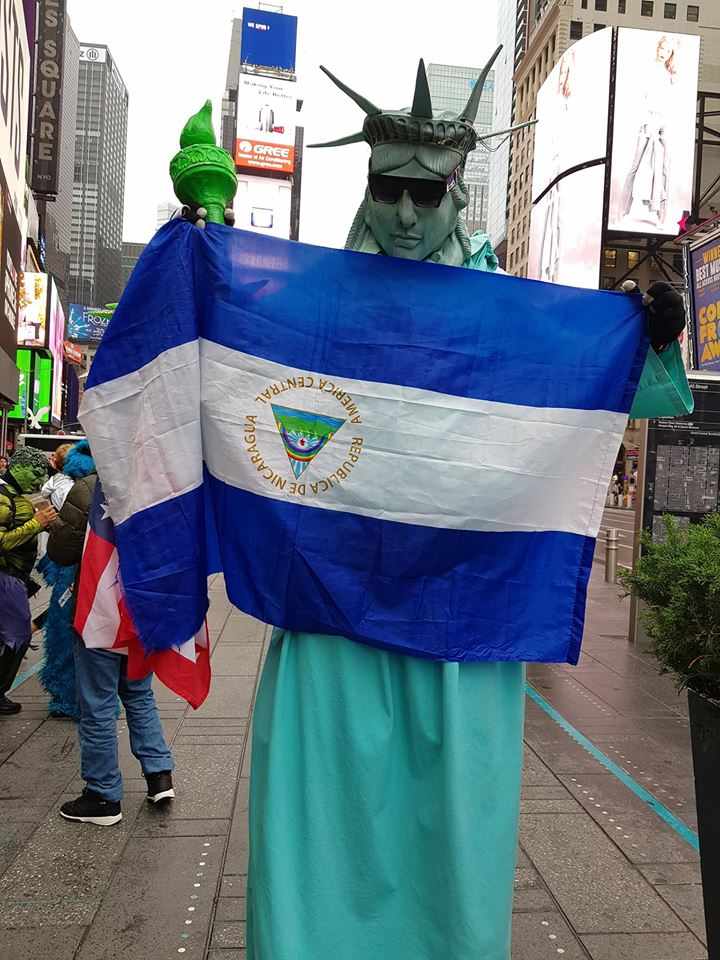