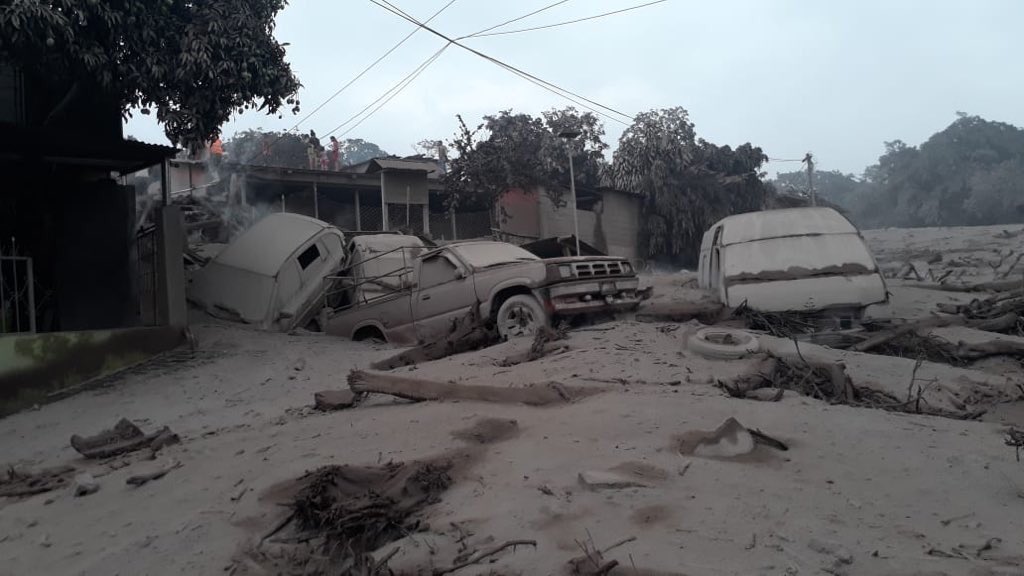 At least 25 people were killed when Guatemala’s Fuego volcano erupted Sunday for the second time this year, spewing ash and rock and forcing the airport to close, the country’s disaster agency said. 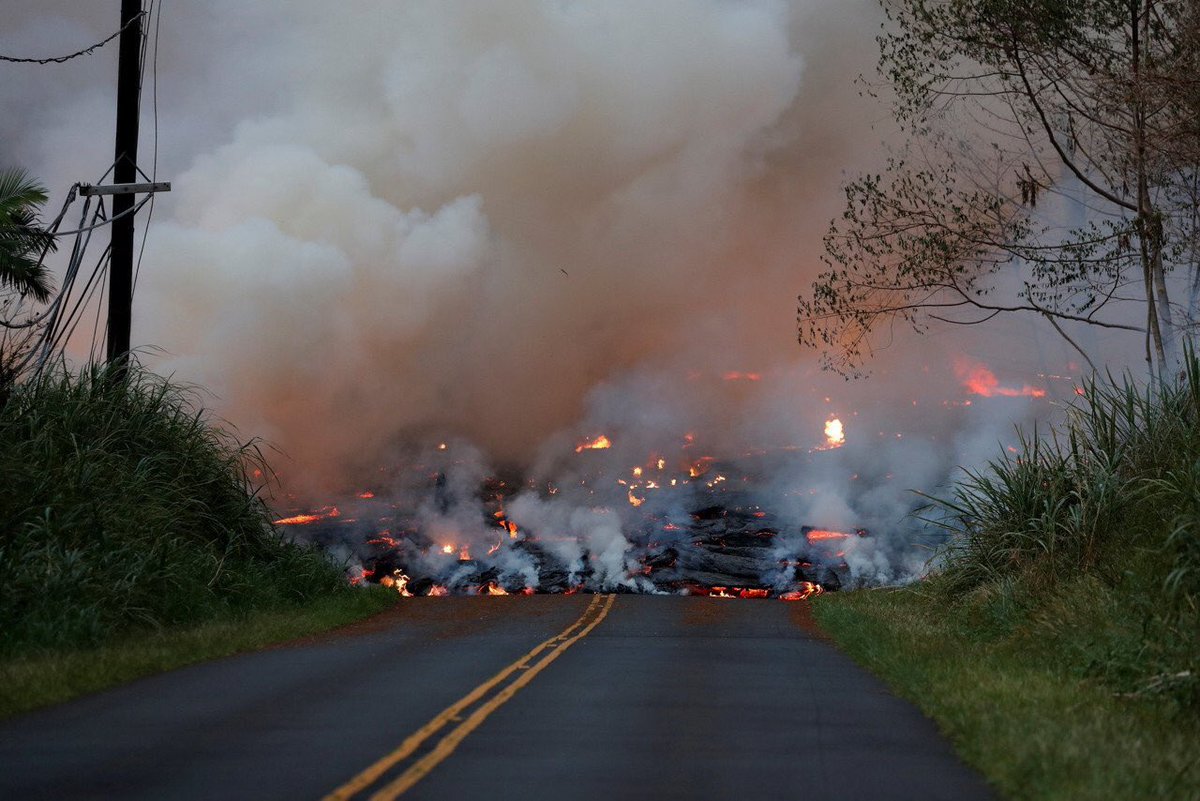 “The toll was 25 dead as of 9:00 pm (0300 GMT Monday),” the spokesman for the National Coordinator for Disaster Reduction (CONRED) said in a WhatsApp group.

The eruption spewed a river of red, hot lava and belched thick clouds of smoke nearly 10 kilometers (six miles) into the air, according to the CONRED.

The eruption sent ash billowing over the surrounding area, turning plants and trees gray and blanketing streets, cars and people. Farmers covered in ash fled for their lives as civil defense staffers tried to relocate them to shelters during the event.

Authorities urged residents living near the volcano to evacuate immediately and warned residents of the towns of Chimaltenango, Sacatepequez and Escuintla to watch out for volcanic rocks and ash.

Some 1.7 million people stand to be affected, according to Sergio García Cabañas, director of CONRED.

Search and rescue operations for the missing and dead have been suspended due to low light and dangerous conditions, and will resume early on Monday morning, Cabañas said.
“Explosions are still coming from the volcano,” said Eddy Sánchez, director of the National Institute for Seismology, Vulcanology, Meteorology and Hydrology of Guatemala known as INSIVUMEH. He warned of mudslides as rainfall continues, and urged people to stay off roads close to the volcano.

President Jimmy Morales announced a red alert for Escuintla, Chimaltenango and Sacatepequez, the areas most affected by the eruption, and an orange alert throughout the country. 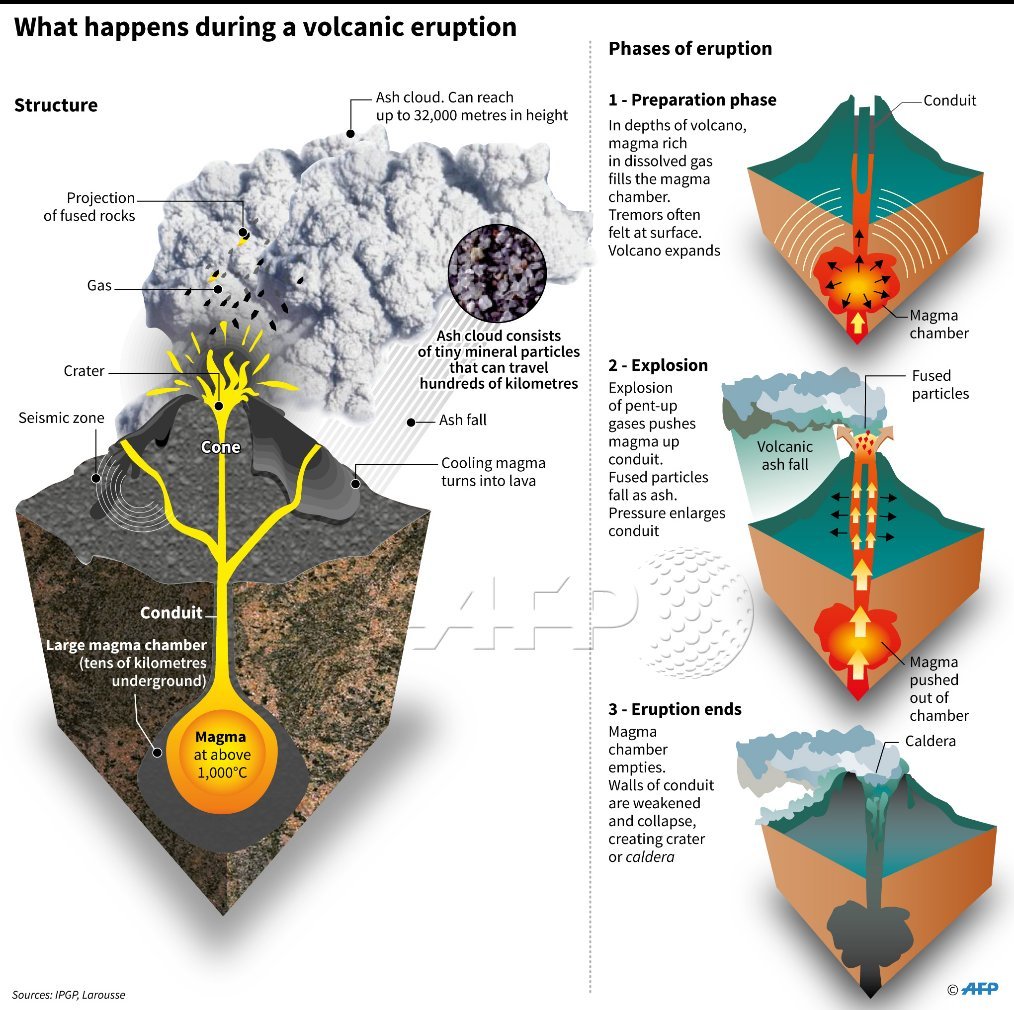 The president said he and his government would determine whether to ask Congress to declare a state of emergency in the areas, while at the same time appealing to the population for calm. 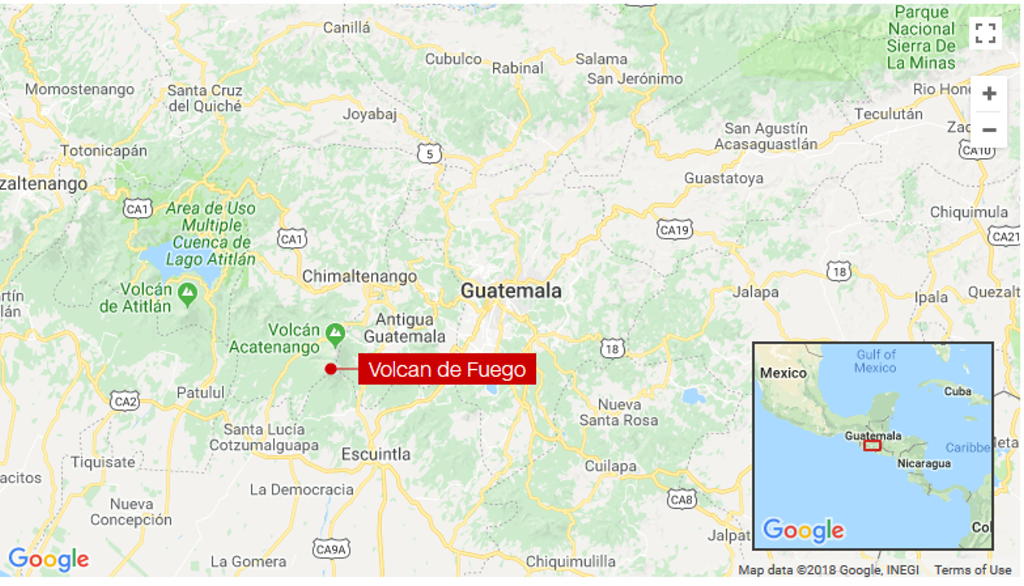 (The Guardian) When she first set foot in Costa...
Fuel Prices