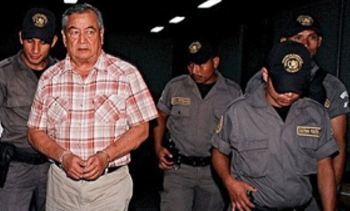 Guatemala’s government has extradited longtime drug trafficking suspect Waldemar Lorenzana to the United States, a move that will please the US authorities and send shivers down the spine of the underworld in Central America. 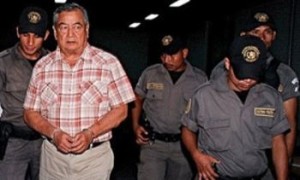 Lorenzana, alias the “Patriarch,” boarded an airplane bound to the US on the morning of March 18, Prensa Libre reported.

Lorenzana was supposed to be extradited last week, but his lawyers submitted a last minute “amparo” — something akin to an injunction in the United States — which claimed that his constitutional rights were being violated. It was one of several amparos he had submitted since his arrest three years ago.

When this amparo was rejected by the courts, Lorenzana was set on a path that will end in jail in the United States, where he is wanted in various courts on drug trafficking charges.

Lorenzana’s sons, Eliu and Waldemar, are in prison in Guatemala and facing extradition as well. (See US Treasury Department’s organizational chart below.) At least three others from the Lorenzana clan are wanted but remain at large. 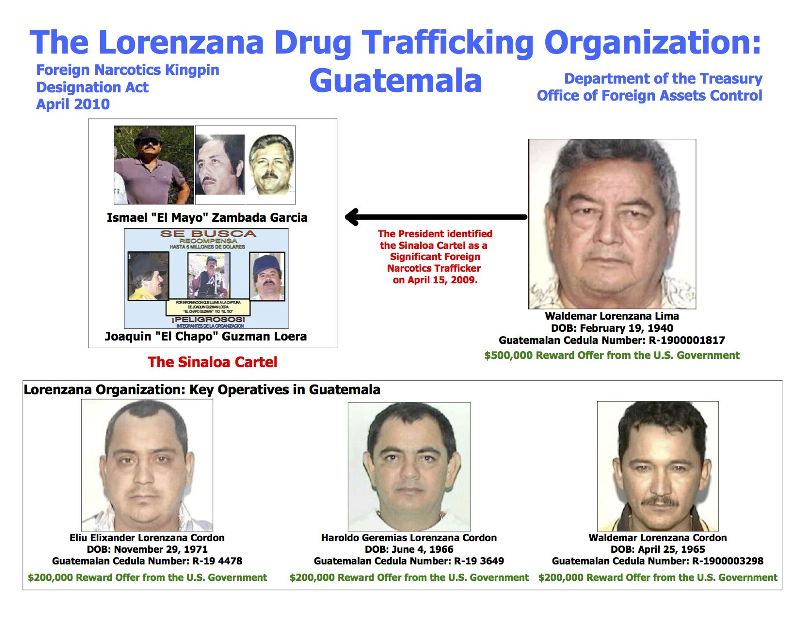 The Lorenzana family, a key transport node in Central America for Mexico’s Sinaloa Cartel for at least two decades, was long untouchable due to its high level ties to the Guatemalan political elite.

To cite just one recent example, throughout the previous administration, the Lorenzanas paid Gloria Torres, the sister of the first lady Sandra Torres, to alert them to security force operations, a former high-level government official in that administration told InSight Crime on condition of anonymity. (Torres was linked to other criminal groups as well, but she has denied any ties to crime.)

The government changed hands in late 2011, and a string of amparos and other legal tactics followed. A sacred legal tool in Guatemala, amparos can be filed endlessly and have clogged the extradition process of more than one high level drug trafficker. In addition to the Lorenzana boys still awaiting extradition, Juan Ortiz Lopez, alias “Chamale,” and Byron Linares have also successfully stalled the extradition process through amparos and other legal measures at their disposal.

Lorenzana was called the patriarch for many reasons. In addition to his drug trafficking activities he was a patron to numerous local and national politicians. These politicians would repay him by getting his companies lucrative public works contracts. The contracts were another stream of income for the family and gave the Lorenzanas a way to launder their proceeds.

The family also has large tracts of land where they employ hundreds of people. At Christmas, they give out gifts to kids and bags of food to their parents.

Their largesse made them hard to capture. On at least two occasions, Guatemalan and US authorities were unable to get past the throngs of protesters who had been called to the streets because of Lorenzana family members’ imminent arrests.

The once powerful organization led by Lorenzana has continued to operate since his initial arrest, although it is now severely debilitated. Whether the loss of its patriarch to extradition spells the death knell for the group remains to be seen, but what is clear is that such vacuums in Guatemala tend to be quickly filled.