Guiones to Keep Tourist Police Thanks To Donations 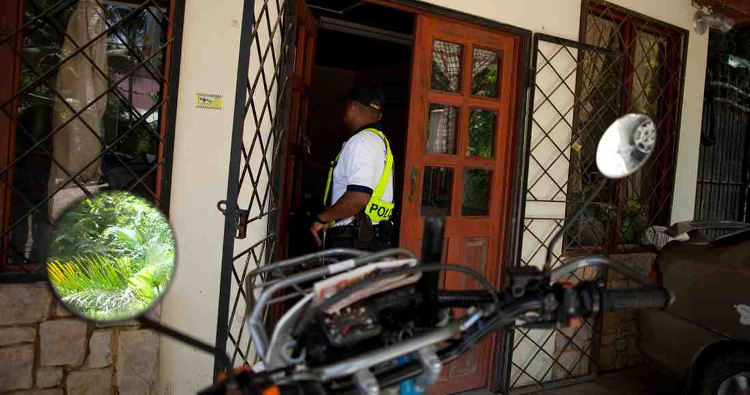 By: Emiliana Garcia, Voz de Guanacaste – Thanks to last minute donations made by a number of residents of Nosara, the Nosara Security Association (NSA) raised nearly $3,000 to cover the costs of the Tourist Police station in Guiones.

According to Steve Reyer, NSA’s president, the donations “will enable us to sustain the Tourist Police for a few more months.”

NSA is a community organization that coordinates rent, electricity and telephone payments for the Tourist Police. The costs add up to about $1200 per month.

Since last year, NSA has been struggling with a budget shortfall to keep the Tourist Police in the area. Meanwhile, they have continued to work through the bureaucracy of the Secretary of Public Security, so that the government entity will take charge of the payments. They started the process in 2012.

The next step is to continue to pressure the Ministry of Security to sign off on taking over the payments.

Reyer said that, “Once we have confirmation then we can start making some renovations to the police station to bring it up to code. We will continue to need donations of money, labor and materials to make this happen.”

NSA is also looking for another option to ensure that Nosara doesn’t end up without Tourist Police.

“The other option is if anyone has a home, office space or apartment in the project that they would like to donate as the police headquarters. The benefit would be onsite security and potential long term rent paid by the Government,” said Reyer.

Reyer believes that, “We are very fortunate to have the Tourist Police in the project. There are many beach communities in Costa Rica that do not have a police presence and experience a lot more crime and violence than we do.”

This article originally appeared in  Voz de Guanacaste and is  reprinted with permission.