So far this year, 228 people have died in traffic accidents, 113 were more motorcyclists 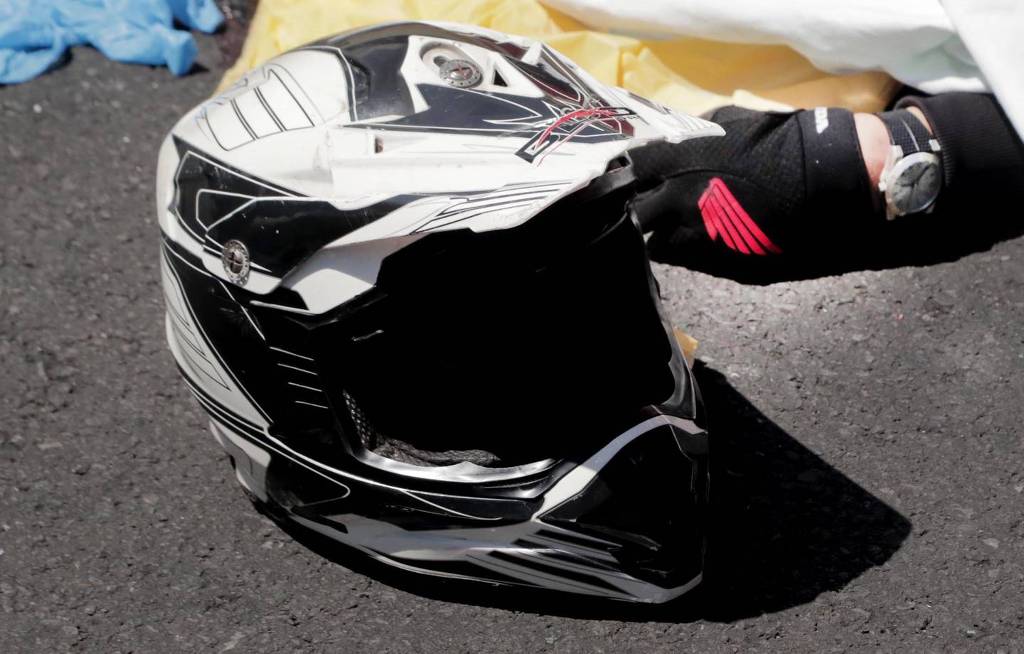 QCOSTARICA – Half of the victims in traffic accidents are motorcyclists and the percentage of the total fatalities on the road has been increasing in the last decade.

Since January 1 of this year and until August 16, the Policia de Transito (Traffic Police) recorded 228 deaths on site at traffic accidents, and of that total, 113 were motorcyclists, that is, 49.5%.

The numbers do not include deaths, as a result of a traffic accident, occurring in hospitals.

One of the most serious accidents was on July 9 when a two-year-old girl, her father and another adult died when they collided with another motorcycle on the Guápiles de Pococí section of the Ruta 32.

On that occasion, there were five passengers on one motorcycle. Totally, contrary to the provisions of the traffic law, the minor was not even the minimum age of 5 to travel in this type of vehicle.

Recklessness, as in this case, is one of the factors that the Traffic Police identifies to explain the increase in deaths on two-wheelers.

A decade ago, in 2012, motorcyclists barely reached 25% of the total fatalities and since then the percentage has been growing, to exceed the 40% barrier in 2019 and now almost 50% in the first seven months of the year, according to statistics from the Consejo de Seguridad Vial (Cosevi).

2020 had a decrease, with 36% of the total deaths of motorcyclists, however, that is not a representative year as there were severe restrictions on mobility as a result of the pandemic.

In addition to recklessness, speeding, mechanical failure and drunkenness, some of the causes of the growth in the number of deaths on motorcycles, is the fact that currently, more people are users of two-wheelers, due to their low cost to operate and purchase, that now can even be purchased in a supermarket.

Their accessibility has reached more users, who are rarely educated to learn how to handle a motorcycle responsibly.

In addition to measuring the accident rate on a motorcycle by the number of victims, it can also be evaluated according to the growth in the total number of accidents.

Data from the Instituto Nacional de Seguros (INS) – National Insurance Institute – reveal that in 2016 there were 15,246 accidents with motorcyclists involved and the number continued to rise to 18,869 incidents in 2019. There was a decrease in 2020 as a result of the pandemic restrictions, when 14,149 and January were reported.

“Many of the accidents, a great concentration, are due to infractions of the law and the little responsible education in the behavioral part,” says German Marín, director of the Traffic Police.

Marín explained, when reviewing the figures for the last decade there are parameters that are repeated, for example, that the vast majority of motorcycle fatalities are young people between 20 and 34 years old.

Many of them migrate from pedestrians to motorcycle drivers without passing the theoretical and practical exams to obtain a license and that translates into risky behaviors on the road, such as not using safety devices, a helmet, or driving at excessive speeds.

That is why the fines of the law try to be a deterrent “so that drivers are inhibited from doing practices outside the law and thus strengthen road safety,” said Marín.

In the minds of many a motorcyclist is “I don’t have to save the 10 seconds it takes to put on the helmet, that decision can mean the difference between life and death”.

“The purpose of the helmet is not to avoid a fine, but as a protective element to save my life. The helmet does not have to go on the elbow,” lamented the official.

This type of behavior is exacerbated in rural areas, since the motorcycle is an ideal vehicle for traveling short distances, such as from the house to an agricultural production farm.

Unfortunately, Marín reiterates, in those areas, it is possible that the driver does not have a license, does not use the required safety devices “because I’m just going there”, or that they travel with more passengers than allowed because there traffic controls is more scarce than in urban areas.

A small river in the middle of coffee plantations,...
National