“He is a traitor”, Ortega’s reaction to the resignation of Rafael Solís 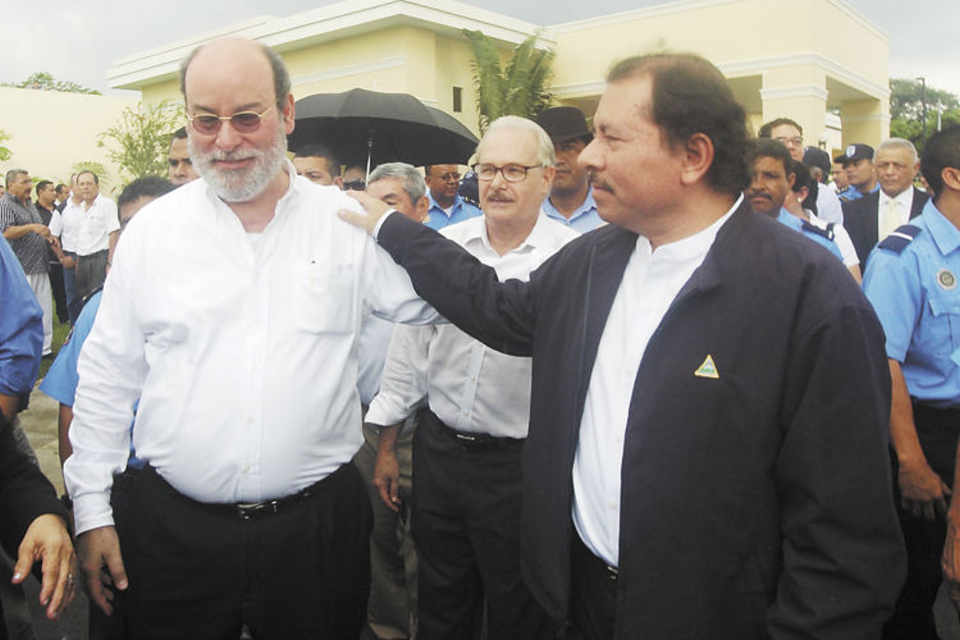 The resignation of Rafael Solís to his position as magistrate of the Supreme Court of Justice (CSJ) and to the militancy of the Sandinista National Liberation Front (FSLN), is already described as treason by the officials who support the Daniel Ortega regime.

“He is a traitor,” was the only thing Sandinista legislator Jacinto Suárez said when he was consulted by LA PRENSA by telephone about Solís’ resignation. Then he hung up the phone.

In the social networks, the Orteguistas call him a traitor, sell out (of his country), a bought man, an opportunist, and other disqualifications and epithets.

Solís resigned as magistrate through a letter on January 8, in which he also denounces the consolidation of a “dictatorship with the character of a monarchy of two kings”, and warns of a civil war due to lack of political will to dialogue and denies the coup d’état, which is the main argument of the Ortega regime to suppress protests.

The day before, on January 7, he entered Costa Rica where according to that country’s immigration records has not left.

Solis directly blamed Ortega and his wife Rosario Murillo for arming the paramilitary groups that repressed “by fire and blood” the protests and dismantled the barricades that the citizens erected in the most critical months of the repression.

The former judge recognizes that there were at least 325 deaths due to police and paramilitary repression, as well as the reports and investigations of international organizations, such as the Inter-American Commission on Human Rights (CIDH) and the Interdisciplinary Group of International Experts (GIEI).

The official online government news El 19 Digital does not report any of this or other political issues facing the power couple (Ortega and Murillo), only about tourism, love and “celebrating the joy of living in peace this weekend”.

The Supreme Court of Justice is a 16 member body and has been incomplete since August 2016 when Dr. Antonio Alemán died, who was never replaced.

In April 2019, the five-year term for which they were appointed expires, including magistrate Rafael Solís Cerda.

In this way, 14 magistrates are still operating, although it is rumored that there are other magistrates who could present their resignation in the coming days.

The same Solis warned in an interview with Radio France International that these resignations could occur soon.

The resignation and denunciation of Rafael Solís are especially significant because he has played an important role at different times in the political, and even personal, life of Ortega.

Solís was best man at the wedding of Ortega and Murillo when they were married by the Church in 2005. He also had a prominent role in finding the legal way to ensure the first re-election of Ortega in 2010, when the Constitution prevented him from so doing.

Then in the Constitutional Court – when the Sandinista magistrates resolved expeditiously – and in the absence of their liberal colleagues – he provided protection in favor of Ortega, so that he could run for president again, which was immediately accepted by the then president of the electoral tribunal, magistrate Roberto Rivas.

The presidential reelection was “a mistake”

The former judge declared that it was a mistake to allow the presidential re-election of Daniel Ortega in 2011. Solis made the statement in an interview with the The New York Times two days after his resignation was announced.

“I did not think that it would lead the nation to this. I never imagined it,” Solis said in reference to the more than hundreds of deaths caused by police and paramilitary repression against the civil protests.

Solís was one of the Sandinista magistrates of the Constitutional Court which in 2010 allowed Ortega to participate as a presidential candidate for re-election in the 2011 elections.

The Sandinista magistrates, in the absence of the Liberals, ruled in favor of a Recurso de Amparo (appeal) presented by Ortega, who argued that the prohibition of presidential re-election was a violation of their human rights.

Lawyer and expert on constitutional issues, Gabriel Álvarez, always pointed out that the decision was a political manipulation to give a “legal formality” to Ortega’s ambition to re-elect himself.

- Advertisement -
Paying the bills
Previous articleCould Latin America be a great investment opportunity in 2019?
Next articleTicos Arrested In Kidnapping of American Lived It Up in Spain