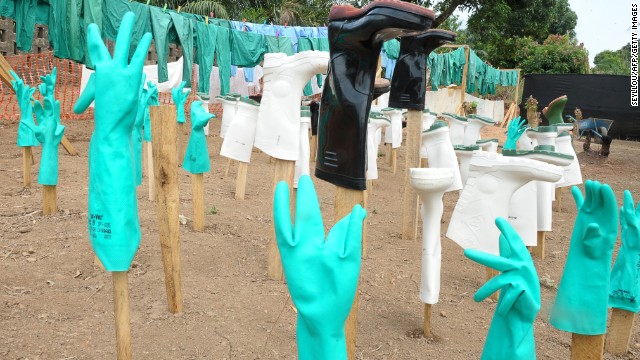 COSTA RICA NEWS  (By Wilberth Villalobos Castrillo, Vozdeguanacaste) –The international alarm due to the spreading of Ebola in Africa continues to concern nations throughout the world, and Costa Rica is no exception. In Guanacaste several health departments have been training its officials and residents to prepare themselves for the possible arrival of the virus.

[/su_pullquote]Ebola, a hemorrhagic fever, is one of several viral hemorrhagic fevers. It is a terrible disease that is often fatal for human beings. Although scientists do not understand the natural transmitter for the variety of families of the Ebola virus, researchers believe that it is related to a zoonotic virus, which is to say one that is transmitted by certain animals, bats being the main vector.

As such, officials from the Liberia and Nicoya health departments have taken preventative measures against a possible appearance of the virus in Guanacaste.

Dr. Marisela Villegas Angulo, director of health outreach in Nicoya, said that during the month of September, various public institutions and medical centers in the province have received training to implement an effective response to an outbreak of the disease.

“In the case of the Nicoya Health Department, we have trained public institutions and medical centers, as well as personnel, explaining what the virus is, how it is transmitted and what its symptoms are,” explained Villegas.

In addition, the doctor explained that they have trained officials regarding special suits used to attend to infected people and thus avoid infection, as well as protocols and steps to follow.

In Liberia’s case, Doctor Thais Mayorga, an expert on international sanitary regulations, reported that for years they have implemented a contingency plan in every canton for any event that happens in the country.

In addition, she said that there are established protocols and a contingency plan prepared for immigration and civil aviation authorities regarding the possible appearance of Ebola at Daniel Oduber International Airport in Liberia, as well as one for firefighters, the Red Cross and other institutions to deal with Ebola.

Doctor Villegas explained that the symptoms of Ebola are high fever, strong headaches, muscle pain, weakness, diarrhea, vomiting, abdominal pain and in the most severe cases abdominal or nasal hemorrhaging.

Although currently there is no cure for the disease, Villegas said that the procedure followed at medical centers is to first intern and isolate the patient to then complete an analysis of their electrolytes and control their fever.

“Since the international alarm was raised, we have been concerned about training all officials in the Nicoya health department,” said Villegas.

- Advertisement -
Paying the bills
Previous articleEbola: Liberia, Costa Rica and Liberia, Africa Are A LONG Way From Each Other!
Next articleBus Operators Fined For Overcharging Customers