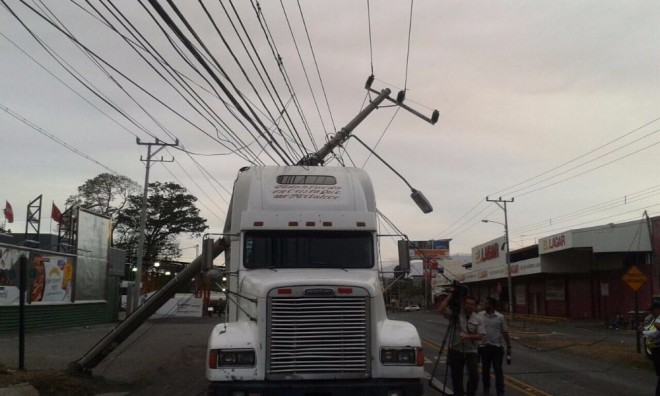 (QCOSTARICA) An early morning mishap by a tracker trailer running into an electrical post choked off this morning access to the main road to and from Lindora (Santa Ana).

The accident was reported around 4:30am, when the big rig for reasons yet unknown, snapped a utility pole in the area in front of El Lagar, on the road called “radial de Lindora”,  a few hundred meters north of the ruta 27.

By 7:00am,  traffic police on the scene began allowing vehicles to pass through the area, but at a snails pace, causing tremendous traffic congestion, more than nornal for the usual rush hour congestion for the area.

The route is a major connector from the Santa Ana, Escazu and other points to Alajuela and Heredia, including the international airport.

The Compañía Nacional de Fuerza y Luz (CNFL) says residents and business in the area will have to wait to this afternoon before full electrical power is restored to the area, says the. CNFL director Luis Fernando Andres estimates the work will be complete by 3:00pm. 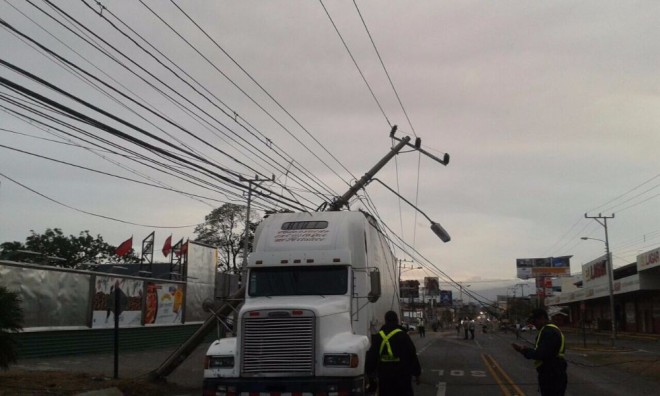 The work by the CNFL, that includes crews from several television cable operators and telecommunications companies with networks in the area, is to disassemble and reassemble everything that is there. 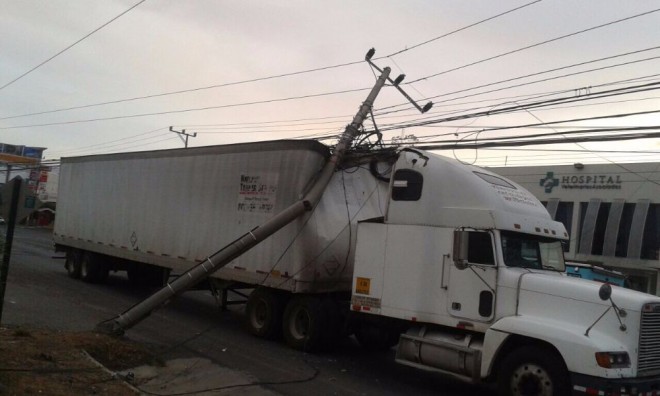 - Advertisement -
Paying the bills
Previous articleQToons: Oscar Arias Evaluating His Return To The Presidential Chair
Next articleCustoms Retains Packages Of “Casillero” Not Authorized To Provide The Service

QCOSTARICA - The proportion of young people who do...
Trends