Q COSTA RICA – Using the reasoning of “high volatility” of the dollar exchange, Globalvia, the concessionaire of the Ruta 27, announced on Tuesday an increase in the tolls of ¢120 in total (one way) between Escazu and Caldera for light passenger vehicles.

The tolls are based on the type of vehicle, starting with passenger vehicles and motorcycles, increasing with large vehicles such as passenger vans, buses, small and large trucks.

The tolls at spurs such as Cuidad Colon (Piedades de Santa Ana), Guacima, Coyol and others will increase from ¢20 to ¢130 at each, depending on the type of vehicle.

The company recalled that the concession contract it has with the government allows them to make ‘extraordinary adjustments’ when there are significant variations in the dollar exchange rate. 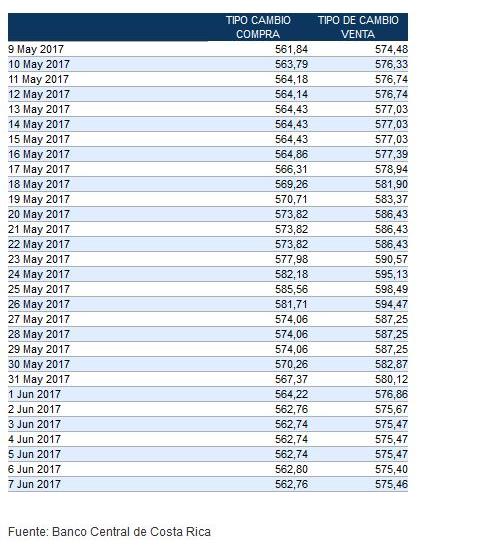 In fact, the dollar exchange rate, save for the fluctuations of 20 days between May 11 and May 11, has not changed much, at least not enough to be deemed “high volatility”.

Let your voice be known. Use the comments section below to express or your opinion or post to our official Facebook page.

Higher tolls on the Ruta 27 on Thursday

QCOSTARICA - As of Thursday, April 1, driving on the Ruta...
Read more

QCOSTARICA - Faced with wasting a vaccine dose when people in the priority groups scheduled do not show up, and a substitute cannot be...
Quepos

QCOSTARICA - The residents of the Central Pacific endured heavy rains Monday afternoon, June 7, hardest hit the town of Quepos, where the streets...
Reports

Q24N - El Salvador may be the first country to adopt bitcoin as legal tender, but recent developments suggest that it might not be...
El Salvador

QCOSTARICA - No doubt, vaccines are one of the most powerful tools to maintain control of Covid-19, but when it comes to entire populations,...
Entertainment