In Panama, attending the Summit of the Americas, President Obama sat down with with Cuban leader Raul Castro on Saturday, marking the first formal meeting between U.S. and Cuban heads of state in more than half a century.

“This is obviously an historic meeting,” Obama told reporters as Castro sat beside him.

The U.S. president said 50 years of hostility had not produced any constructive change in the relationship between Cuba and the U.S. and “it was time for us to try something new.”

Obama reiterated his commitment to normalizing relations between the U.S. and Cuba, an initiative he began last December. “We are now in a position to move on a path toward the future,” he said. “Over time it is possible for us to turn the page and develop a new relationship between our two countries.”

Castro noted the long and complicated history between the U.S. and Cuba in his own remarks, but he stressed his willingness to make progress on re-establishing diplomatic relations. He said he’s willing to discuss any issue, including human rights and freedom of the press, as their dialogue continues. 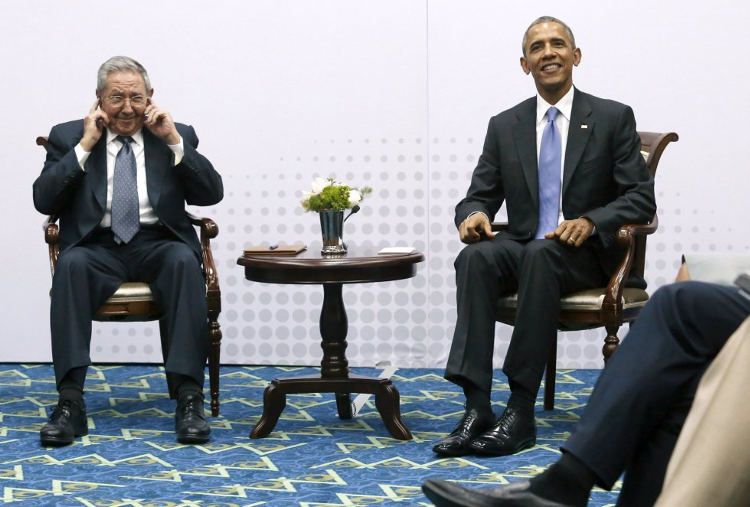 Castro, attending this Summit for the first time, spoke at length and with considerable passion about the history of U.S. attempts to undermine Cuba’s government. But he absolved Obama of any blame, in what many observers deemed a fairly stunning attempt at rapprochement just hours before the first meeting between the two leaders.