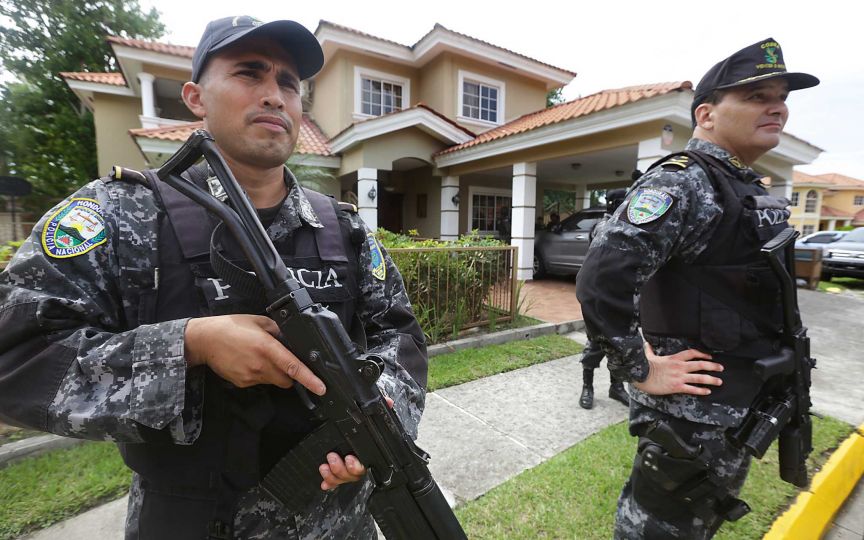 CENTRAL AMERICA NEWS — Honduras is adding 1,000 new officers to its military police, while the president is pushing Congress to enshrine the force in the constitution, in the government’s increasingly militarized approach to public security.

The new troops will join the 2,000 current members of the Military Police of Public Order (PMOP) who have been deployed to fight crime, reported La Tribuna.

Meanwhile, on November 10 President Juan Orlando Hernandez called on the Honduran Congress to approve a measure that would elevate the military police to the country’s constitution. Congress has until January 20 to ratify the reform.

The military police officers have all served at least a year in the military before they undergo training for the force, according to spokesperson Santos Nolasco. “They are not police, they are soldiers that are specialized in police duties to combat crime in the streets,” he said.

The two new battalions will be stationed in the capital city Tegucigalpa as well as the city San Pedro Sula, reported La Tribuna.

The addition of 1,000 military police officers, and the government’s efforts to elevate the military police to the constitution, demonstrate Honduras’ reliance on the military in domestic security. In November 2011, Honduras passed an emergency decree allowing the military to conduct arrests and carry out searches, which was extended in March 2012. In August of that year, Congress approved the creation of an elite military police force known as the “Tigers” designed to fight organized crime in the country.

Honduras further institutionalized the use of the military in domestic security by creating the PMOP in August 2013, tasking the military police force with taking over security in areas controlled by street gangs, combating organized crime, and making arrests.

The militarization of domestic security in Honduras — a central tenet of President Juan Orlando Hernandez’ “iron fist” security strategy — could increase the risk of human rights abuses by security forces who are trained for war scenarios, not for keeping the peace. In May 2014, 108 members of the US Congress signed a letter to Secretary of State John Kerry calling on him to urge the Honduran government to end the use of the military in law enforcement, and stating that the military police had committed abuses, including raiding the home of an opposition activist.

Honduras is not alone in militarizing its domestic security. In recent years, governments across Latin America have resorted to deploying military forces to combat rising levels of violence and crime, which have often led to the disproportionate use of lethal force against civilians. Recent examples include the extrajudicial killing of at least 15 individuals by the Mexican army in June, and a report stating that law enforcement officers — the vast majority military police — killed on average six people per day in Brazil over the last five years.

QCOSTARICA - President Carlos Alvarado said he has all the confidence in his Minister of Public Works and Transport (MOPT, Rodolfo Méndez Mata, and...
News