COSTA RICA NEWS – The shutting down of 14 operating rooms at the Hospital México has caused the suspension of at least 40 surgeries daily, according Edgar Méndez, head of surgeries at the state hospital, in La Uruca. 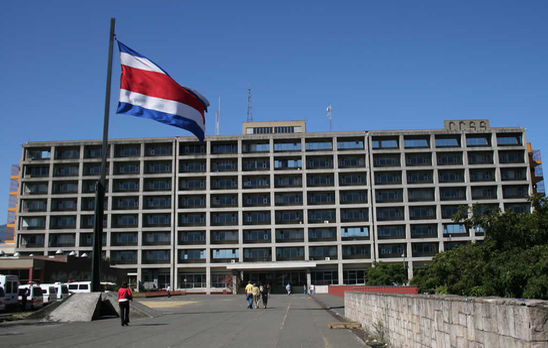 Currently, the hospital has only four operating rooms in operation only  for emergencies and two others for ophthalmology patients.

Director of the hospital, Douglas Montero, assures that a complete report will be available this week, detailing the actual state of the operating rooms that were closed as a preventive measure due to low voltage problems. The operating rooms at the hospital were built 40 years ago, when the technology and the needs of operating rooms was different, equipment requiring less power to operate.  See our report “Electrical Problems Forces Hospital Mexico To Shut Down Half Of Its Operating Rooms“

The diagnostic report, according to Montero, will cost the hospital US$13.000 dollars and is to indicate which operating rooms can be re-opened this week.

Depending on the results of the study, the hospital will be formalize a contingency plan that will include the transfer of patients to the Heredia hospital, the Cenare, the National Rehabilitation hospital located at the rear of the México and even the Clínica Biblica, a private hospital facility, according to Montero.

QCOSTARICA - Southwest airlines will add a new route to the Daniel Oduber International Airport, in Liberia, this time connecting with the city of...
Business

QCOSTARICA - American Airlines announced that starting November 2, 2021, it will offer a direct flight between Austin, Texas and the Daniel Oduber International...
Vaccine

QCOSTARICA - Despite the improvement in tourist arrivals reported in May, with more than 72,000 visitors, both the Cámara Nacional de Turismo (Canatur) and...
El Salvador