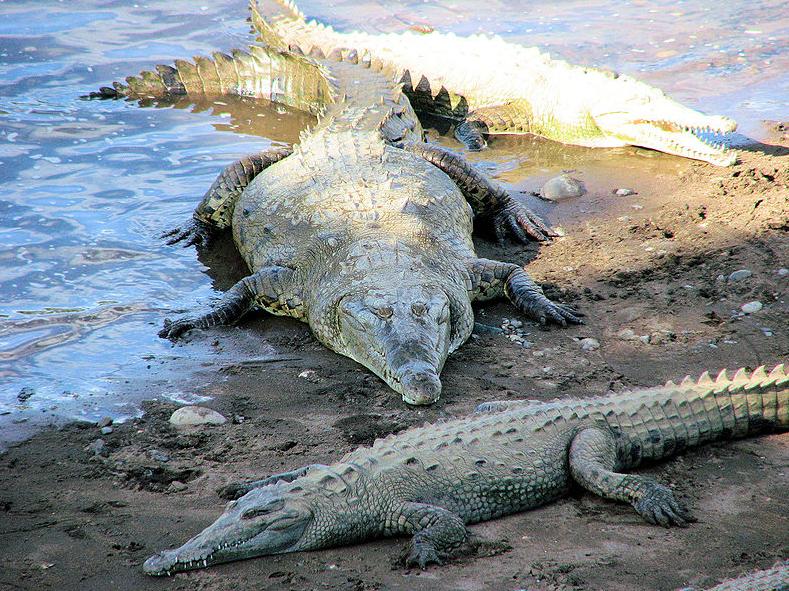 COSTA RICA NEWS – Hotel operators are asking the Ministry of the Environment (MINAE) for a law establishing the relocation or elimination of wild animals threatening the lives of people. The call is aimed mainly at curbing the increasing overpopulation of crocodiles.

Our stories on Crocodiles

[/su_pullquote]The Cámara Costarricense de Hoteles (CCH) says the law would prevent people from becoming victims of a crocodile attack, especially in the Pacific coast.  In recent days, several hotels have reported the appearance of crocodiles on their properties and beaches.

According to the CCH, the idea is not to eliminate the animals or damage their habitat, but to prevent a tragedy from occurring. At danger are visitors and hotel workers.

Two weeks ago, Costa Rican autorities warned about the possible overpopulation of crocodiles in some coastal areas. Sightings have occurred in popular beach areas like Tamarindo, Puntarenas and Manuel Antonio.

Recent reports indicate that the Tarcoles river, for example, there are more than 300 crocodiles per kilometre. The under the “crocodile bridge”, a hot spot for tourists to stop on their way to or from Central Pacific beaches, the are dozens of crocodiles when in the past a few at best.

- Advertisement -
Paying the bills
Previous articlePumped to Play With The Champions!
Next articleMother Arrested For Consenting To Sexual Abuse And Rape Of Her 11 Yr Old Daughter