Pumped to Play With The Champions! 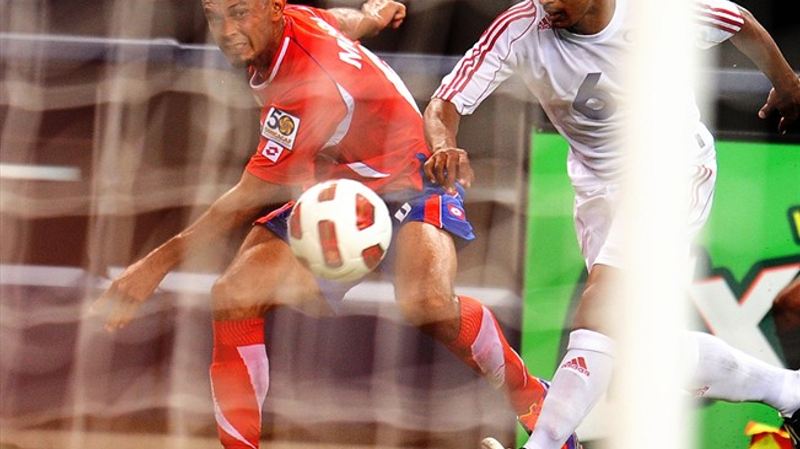 Only eight countries have ever won the World Cup, and in Brazil three of them face Group D underdog Costa Rica.

[/su_pullquote]”Costa Rica has to be a level-headed team tomorrow and always. We have the game and we have players that are fast and that will help.”

At 1:00pm Costa Rica time, the Ticos take on Uruguay, their first opponent who beat Brazil in the 1950 final in Rio de Janeiro. They then face off against four-time World Cup winners Italy on Tuesday, followed by the 1966 champions England, on Friday.
The absence of star Uruguayan player Luis Suarez in Saturday’s match may benefit Costa Rica who without a question who are, in the words of forward Marco Ureña at a press conference Friday, are “pumped to play with the champions”.

[su_label type=”info”] Game is broadcasted locally on REPRETEL (Channel 6) and TELETICA (Channel 7). On the internet, TELETICA has a live internet broadcast. Click on Teletica.com and the “EN VIVO” button on the header (only shown when broadcasting live).[/su_label]

Urena expects his good rapport with Joel Campbell to benefit the team in its fourth appearance at the World Cup finals.

“We had practices, friendlies and we’ve been able to understand each other better. Everyone can see that,” he said.

Despite counting on star players like Bryan Ruiz, Joel Campbell, Christian Bolaños, Keylor Navas and Marco Ureña, the Ticos have to work well as a group to have any chance of repeating their triumph of 1990 in Italy.

How they qualified
The arrival of the Colombian Jorge Luis Pinto as national team coach has ushered in a new era for Costa Rica. Joining the CONCACAF preliminaries in Round 3, the Ticos finished second behind Mexico in their group to advance to the final six-team phase, where they sealed their ticket to Brazil 2014 with two games to spare, eventually finishing second behind USA. Their successful campaign was based on two key factors. The first was their solidity at the back, with Pinto’s side conceding only seven goals in the final round, fewer than any other team. The second was their formidable home record of five wins in five games in the final phase.

FIFA World Cup finals history
Costa Rica played their first game as a national team in 1921, a 7-0 win over Central American neighbours El Salvador. As they developed as a side, things weren’t always quite so easy, but after many years of manful efforts they finally managed to reach the world’s biggest football tournament in 1990, taking full advantage of Mexico’s suspension to reach the finals in Italy. Once there, they beat Sweden and Scotland to reach the knockout rounds in an impressive debut under the care of wily boss Bora Milutinovic, where they lost to Czechoslovakia.

They returned to the world stage in 2002 after narrowly failing to reach USA 1994 and France 1998. Drawn into a tricky group alongside eventual champions Brazil and semi-finalists Turkey, the valiant Ticos went out at the first hurdle, the same stage where they would make their exit in a significantly poorer showing four years later in Germany.

The key players
Costa Rica’s fortunes lie at the skilful feet of one Bryan Ruiz. Called “a truly special player” by former coach Rodrigo Kenton, Ruiz established himself at club side Twente in the Netherlands before moving on to Fulham in England. Now back in the Eredivisie with PSV Eindhoven, he ranks among the best playes in the North, Central American and Caribbean zone. Alongside Ruiz are a number of tried-and-trusted performers like Christian Bolaóos and outstanding goalkeeper Keylor Navas.The dribbling skills and all-around attacking play of the young Joel Campbell have made him another of the Ticos’ most valuable assets.

Acne is considered to be one of the most common skin ailments on the planet, with a record 60 million people being afflicted by...
Redaqted