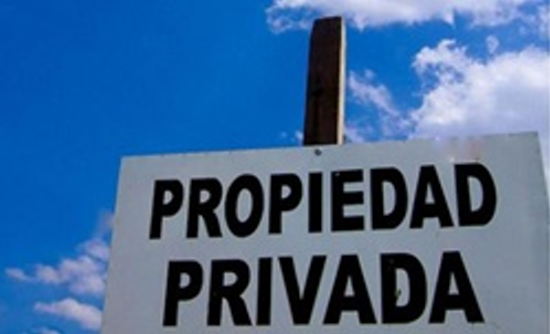 LATIN AMERICA NEWS (InsightCrime.org) Recent cases involving the illegal appropriation and sale of lands in Peru and Brazil highlight how lucrative land trafficking can be in Latin America, and how it is often facilitated by official corruption.

In a case that received a great deal of media attention, Colombian authorities recently captured Rodolfo Orellana, a fugitive Peruvian businessman and lawyer who ran a criminal network that stole Peruvian land for more than a decade, earning close to $100 million and acquiring at least $1 billion worth of properties in Peru.

According to Peru 21, frontmen in the network used fake documents to assert a claim to private and public land. Peru’s land registry then listed these frontmen as owners of these properties. In some cases, this criminal network transferred ownership of these properties to a third party, in order to further obscure the records.

The group utilized a network of corrupt lawyers, arbitrators and notaries to create the maze of paperwork. Orellana’s organization also created a series of consulting firms, rental agencies and settlement companies, among other front companies, in order to cover his tracks. One of the real estate companies, for example, was used to purchase the stolen properties, while the media companies he owned intimidated public officials who challenged his actions.

In another recent case involving powerful and politically well-connected figures, the brothers of Brazil’s agriculture minister are under investigation for allegedly running a ring that illegally appropriated more than $300 million in public lands in Mato Grosso state belonging to the government’s agrarian reform program. This program doles out state-purchased lands to poor peasant farmers.

The brothers allegedly used their political influence, coupled with threats and violence, to force farmers to give up their lots at low prices. They would then put the titles in the names of family members and servants. Employees from Brazil’s land reform agency would help them give these stolen properties a façade of legality, reported Folha.

These are just two recent cases illustrative of a widespread problem in Latin America: the usurpation of land through fraudulent — sometimes violent — means, and its resale or rent for profit, otherwise known as land trafficking. As seen in these recent cases, illegally trading land titles isn’t possible without connections to government officials who can give land traffickers the necessary veneer of legitimacy.

Under this pretense of legality, such networks perpetuate an age-old issue in Latin America: that of land conflict. In Colombia, for example, a 20-year period of conflict known as “La Violencia” was linked to land reform issues, while the paramilitary groups that sprung up in the 1980s, ostensibly to fight leftist rebels, stole huge swathes of land, displacing thousands of people. Uneven land reform has also driven often-violent confrontations and uprisings in Mexico, Guatemala and Brazil, among other countries in the region.

Criminal networks that use lawyers, land titles, and notaries to accomplish their aims is a distinct (yet sometimes overlapping) phenonenon from usurpers who take over valuable lands simply by physically invading them, often violently. The seizure of land through violence has led to displacement and widespread environmental crimes across Latin America, frequently involving indigenous territory. In Nicaragua, the Mayangna indigenous group, which holds territories inside the Bosawas Biosphere Reserve, complained of land invaders destroying 150,000 hectares of forest between 2009 and 2013.

Other times, drug trafficking organizations violently displace communities from their land, either pursuing their own interests or those of other elites. Since the Colombian paramilitaries officially demobilized in 2006, their criminal offspring, the Urabeños have reportedly continued pushing residents off long-disputed areas of their land on behalf of big businesses, like banana companies. In the Sierra Madre region of Mexico’s Sinaloa state, gunmen from various criminal groups pitted against the Sinaloa Cartel displaced hundreds of people between 2011 and 2012, after burning down their homes.

Some countries have taken measures aimed at combatting land trafficking and associated crimes. Bolivia passed legislation at the end of last year that established a prison sentence of up to eight years for those who illegally sell or trade land. Peru also established a maximum 10-year prison sentence for aggravated land usurpation after modifying its criminal code in 2012; the reforms were also meant to make it easier for judges to order the recovery of land thought to be stolen.

And the Nicaraguan government, which began issuing communal land titles in 2007, finally started forcibly removing land invaders via an inter-institutional commission created to address the problems in Bosawas in mid-2013, after numerous complaints from the indigenous community.

However, catching people who have violently invaded land is one thing; targeting the networks of corruption helping to drive fraudulent land sales is another. While it is promising that Latin American governments appear to be recognizing the damage that can be caused by land traffickers, they will have to move against the broader networks of elite interests facilitating the fake paperwork if they are to truly make headway against this trade.

- Advertisement -
Paying the bills
Previous article
Next articleLatin America Organized Crime: What to Expect in 2015