How Does Consumer Warranty Really Work in Costa Rica?

COSTA RICA NEWS – What’s really behind a purchase warranty for appliances and electronics in Costa Rica? The sad truth is that we are at the mercy of the retailers when that new television, refrigerator, computer, cell phone, etc. doesn’t work as it should.

The website, El Infierno en Costa Rica, run by Don Chamuko (a pseudonym to protect he identity of the author), gives us an inside look at what really happens when a customer has a defective item covered by warranty. 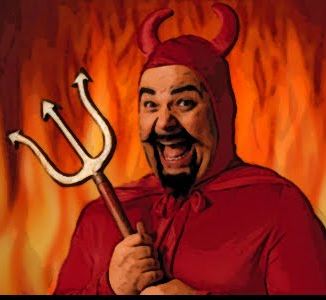 Don Chamuko says he recently received a letter from a former employee at one of the repair centres used by large retailers, explaining how the repair centre received items sabotaged, with missing parts, and found that information like photos, videos and documents had been downloaded from the devices by the staff.

The story of employee, whose identity is protected, goes like this:

“I worked at one of the repair centres that did work for retailers like Gollo, Monge, Casa Blanca, among others, and my experience there taught me never to buy from one of those places.

The repair techs were given instruction to find something, even the remotest excuse, to void the warranty and if they couldn’t, to make one up. The repairs, when done, were with shoddy parts, preferably used … it was like putting together a Frankenstein, to work just long enough to the end of the warranty period.

The products were treated ike crap, literally been thrown around and banged, in some cases they were placed in humid conditions to void the warranty, blaming the customer for abuse and thus voiding the warranty.”

From the story we learn what most of us have suspected and some learned the hard way, retailers work hard at attracting our attention, getting us to buy the product “from them”, but after the sale we are on our own. “Caveat emptor” or “buyer beware” is the rule and not the exception.

In his note, the Chamuko goes as far as accuse unscrupulous retailers as selling “repaired” items as new and calls for legislation to require “the bastards” to replace the defective, “to end this bad business practice”.

Consumers in Costa Rica faced with a retailer is not willing to honour the warranty or stall until the warranty period expires –  make good on their promises, can resort to the Ministerio de Economía o la Defensoría del Consumidor (Ministry of the Economy Consumer Advocate).

However, at best the process at Consumidor is a lengthy and frustrating one.

The advice that Don Chamuko gives us is check out the retailer before buying, to avoid at all costs buying from retailers known for the poor customer service and warranty policies, review the financing plans carefully and take your time to inspect the product before leaving the store.

- Advertisement -
Paying the bills
Previous articleWhy Waze is so incredibly popular in Costa Rica
Next articleLimón: No End To Strike In Sight, Riots Continue

QCOSTARICA - The sustained growth in the arrival of...
Travel