How Expensive is Costa Rica Really?

Mike Periu, a Miami-based financial expert whose work has appeared in CNN and Yahoo!, recently published a report on the five most expensive places to live in Latin America. Costa Rica occupied fourth place, which closely follows Uruguay, Brazil and Venezuela. 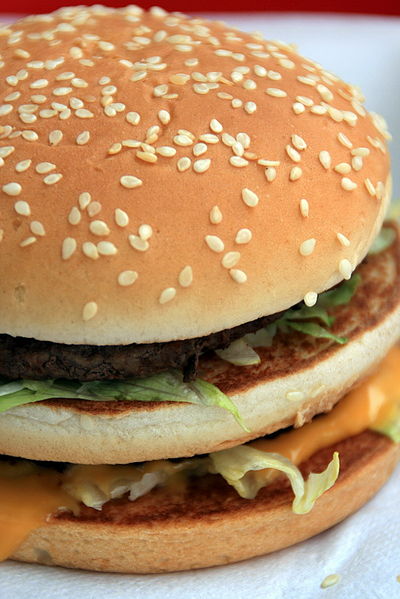 It is important to note that Uruguay has a high economic development index and Brazil is the “B” of the BRICS nations slated to become the next world economic powers, the other countries being Russia, India, China, and South Africa. Venezuela is a top oil producer. So how did Costa Rica, the Switzerland of the Americas, end up being more expensive than Switzerland herself?

Mr. Periu wrote the article with a specific audience in mind: People who are contemplating moving to a Latin American country. He urges people to think about security, stability, employment opportunities, but -above all- the cost of living. Mr. Periu chose the Big Mac Index used by The Economist over other indicators such as the Consumer Price index to make his point. The Big Mac Index, which is loosely based on the purchasing power parity (PPP) concept, is a fun way to compare how currency exchange rates fare across nations.

The Big Mac Index is fun and populist, but in many cases it should be taken with a grain of salt -or with a packet of ketchup. In fact, The Economist has commented on its own, unique index:

“Burgernomics was never intended as a precise gauge of currency misalignment, merely a tool to make exchange-rate theory more digestible.

PPP signals where exchange rates should be heading in the long run, as a country like China gets richer, but it says little about today’s equilibrium rate. The relationship between prices and GDP per person may be a better guide to the current fair value of a currency.”

So The Economist admits that pricing a Big Mac around the world should not be equated to economic theory by Adam Smith, John Maynard Keynes, Shinzo Abe, or Ben Bernanke. Mr. Periu does not consider per capita gross domestic product (GDP), nor does he consider ongoing monetary policy by the United States Treasury or the Central Bank of Costa Rica. Mr. Periu wrote his oft-cited article back in March of 2013, and he appears to have used the “gourmet” version of the Big Mac Index at the time. If we check The Economist’s interactive currency-comparison tool (highly recommended), we see that Colombia has beat us at the expensive game, at least in late July 2013, and that a Big Mac in the U.S. costs more than in Costa Rica.

In the past, The Costa Rica Star has commented on the apparent pricing disparity of McDonald’s products between, say, Cleveland and San Jose. It is easy to come away with the impression that Costa Rica is the most expensive country in the world if a restaurant in Cleveland is running a “Two for Tuesday” special and Big Macs cost just a buck. Most of the time, however, Americans are paying more for their beloved Big Macs than Ticos do.

Back in February, Lisa Smith of iExpats explained with regard to the Big Mac Index:

“The UK, along with the United States, Chile, New Zealand and Costa Rica are rated as being in the -/+ 10% for their currencies, which puts them at the centre of the survey.”

The fact that many tourists and expats are victims of sticker shock as soon as they land at the Juan Santamaria or Daniel Oduber Quiros airports does not make Costa Rica as expensive as Norway -a top oil-producing nation. There is no question that San Jose is the most expensive city in Central America, and that Managua is the cheapest; this would imply that tourists get more bang for their buck in Nicaragua, a country where tourism is not even a fraction of what her southern neighbor constantly realizes. Oh, and to add fuel to the fire: Real estate in San Jose is the most expensive in Latin America, but that does not seem to stop buyers.

A better PPP index that also uses pop culture to make it more accessible is the UBS Wealth Management annual survey of the world’s most expensive cities, which takes into consideration a basket of 122 goods and services in addition to the currency exchange. On top of the Big Mac, UBS adds buying an iPhone, purchasing groceries, paying for rent and utilities, and other factors. No cities in Costa Rica make UBS’ list, but it is fun to follow part of its rationale:

“In Tokyo it takes nine minutes of work to earn enough to buy a Big Mac, while in Nairobi it takes 84 minutes”

How long does it take for a Tico worker to buy a Big Mac in Costa Rica. Let’s assume the salary of a Fuerza Publica police officer in the 80th percentile, which means she earns about $800 per month working between 40 and 48 hours a week. She makes a little less than $4.20 per hour, so it would take her about 50 minutes of work to buy a Big Mac -or about 15 minutes of her shift to buy a delicious cheese empanada. Not quite Tokyo, but definitely not Nairobi.

Today, Saturday, June 12, only ODDS can circulate. The measure is countrywide and applied between 5:00 am and 9:00 pm, save for those under the...
Entertainment