On November 1 and 2, Mexico celebrates one of the most important and popular festivities – the Day of the Dead, Día de Muertos in Spanish. 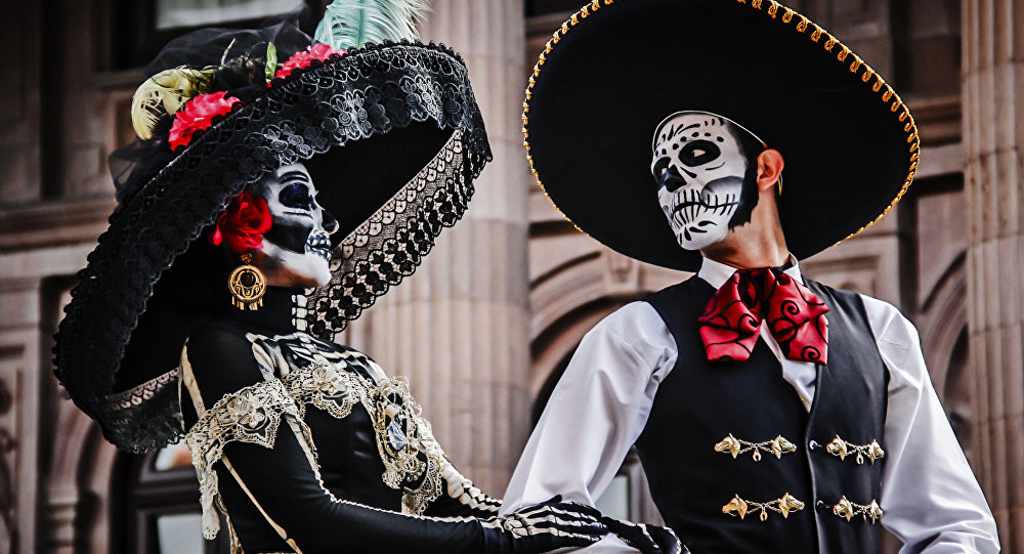 Halloween and the Day of the Dead take place a few days apart. Though related, Día de Muertos is not a Mexican version of Halloween.

Whereas Halloween is a dark night of terror and mischief, the Día de Muertos festivities unfold over two days in an explosion of color and life-affirming joy. Yes, the theme is death, but the point is to show love and respect for deceased family members.

Although marked throughout Latin America, Dia de Muertos is most strongly associated with Mexico, where the tradition originated.

In Costa Rica, the Día de Muertos is celebrated on November 2nd every year. Though the holiday is celebrated more in other Latin American countries, Costa Ricans remember the deceased by visiting the cemeteries and decorating their gravesites with flowers and candles.

From Wikipedia, Frances Ann Day summarizes the three-day celebration, the Day of the Dead:

On October 31, All Hallows Eve, the children make a children’s altar to invite the angelitos (spirits of dead children) to come back for a visit. November 1 is All Saints Day, and the adult spirits will come to visit. November 2 is All Souls Day, when families go to the cemetery to decorate the graves and tombs of their relatives. The three-day fiesta is filled with marigolds, the flowers of the dead; muertos (the bread of the dead); sugar skulls; cardboard skeletons; tissue paper decorations; fruit and nuts; incense, and other traditional foods and decorations. — Frances Ann Day, Latina and Latino Voices in Literature