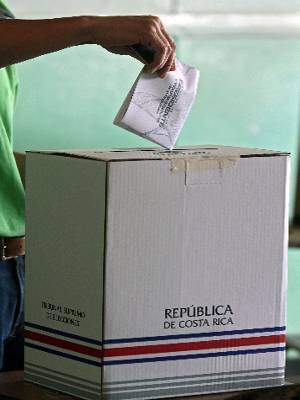 I would say that most foreigners of the nationalities of Canadians, Americans, and Europeans, resident in Costa Rica, take little, or no interest in Presidential Elections in Costa Rica. As we are currently in the midst of a Presidential Election Campaign, culminating in a vote early in the month of February, 2014, I would suggest that to the extent that the law permits, it would be in the interest of such foreigners to become involved.

In order to effectively participate in the Election, or Political process, such foreigners will be faced with having to address long-standing values that they have held from their home countries. Compromises will be necessary as distasteful as they may seem. The most fundamental compromise for foreigners will be that corruption is an integral part of the Political process, not only in Costa Rica, but in Latin Countries generally.

Yes, corruption does exist in the Political process of the home countries of the foreigners as well, but I can assure you that after fifteen plus years of living here, it is nothing like the level that exists in Costa Rica, nor is it so outwardly practiced. Having said that, it is better to undertake an evaluation of a person for the position of President, who is competent and will “get things done”.

The selection by the President of the Ministers and the Advisers who will occupy the Executive Branch of Government is fundamental to a Government’s success.  Forget the inevitable “kick-backs” and the benefiting of family and friends with public funds and opportunities at the expense of the Country.  If the Economy of Costa Rica is enhanced and the infrastructure is improved through prudent Presidential decision making, this has to be the goal.

The history of the current Presidential Candidates is available on the Internet to be scrutinized by those foreigners who care to be involved.